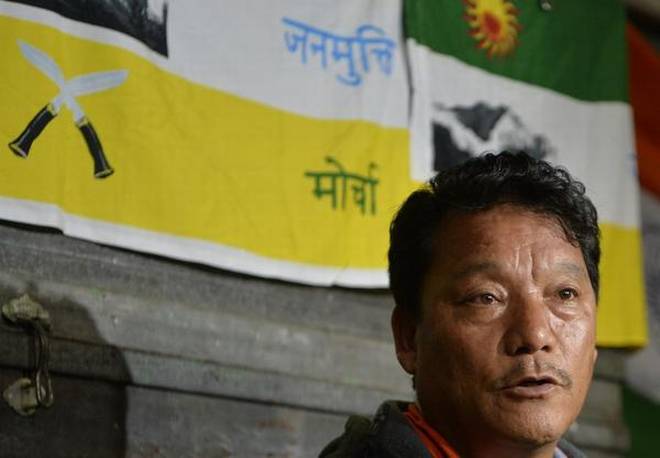 Earlier in the week, Gurung through his counsels claimed before apex court that the Mamata Banjerjee-led government was trying to break his party to finish the movement for separate statehood.

Continuing with the line of argument, Gurung’s counsel Senior advocate P S Patwalia alleged before a bench of Justices A K Sikri and Ashok Bhushan that West Bengal Chief Minister Mamata Banerjee was opposed to him “tooth and nail” and has sought a CBI probe in the killings of several Gorkhaland activists during the recent agitation for a separate state.

Appearing for Gurung, Senior Advocate Patwalia highlighted number of issues, based on which he sought the apex court to dismiss the plea filed by the West Bengal government.

Referring to FIR 21/17 Mr. Patwalia highlighted that “All the other FIRs (in total 34) filed against Bimal Gurung had identical language, where only the names of Bimal Gurung and leaders loyal to him and 5000-7000 others have been added to the FIRs.”

He further highlighted the execution of Dawa Bhutia on 1st of September, 2017 in Namchi, Sikkim and questioned the legality behind such encounter of an innocent individual.

Mr. Patwalia, then highlighted the killings of

– Romila Rai in Darjeeling, and

– the custodial death of Barun Bhujel in Jalpaiguri.

Highlighting the fact that Barun Bhujel was an elected Municipal Councillor of Kalimpong Municipality, he stated that Barun Bhujel’s postmortem was done without any prior information given to the family members, and in the absence of any appropriate authority. He also brought in focus the memorandum submitted by the wife of Late. Barun Bhujel calling for a high level inquiry into this matter, to the Home Minister of India, the copies of the same were sent to the Chief Minister of West Bengal, and the National Human Rights Commission.

He also highlighted how a 65 year old female Dhanmaya Tamang was arrested in the absence of a female cop, even when her hands were fractured.

Mr. Patwalia, also stated that, “the entire police action is biased and done to hound Bimal Gurung and those who are supportive of the Gorkhaland statehood movement. Else, Binoy Tamang the appointed Chairman of GTA Board of Administrators, who has also been named in several FIRs is now getting police protection, which is a result of a bias and absence of fair investigation on the part of the state government.” He termed this a “witch-hunt.”

More importantly Mr. Patwalia highlighted the fact that, “The Bengal government is doing its best to curtail the agitation for a separate statehood of Gorkhaland, which has festered for over three decades… the houses of those who are not supporting Binay Tamang and Anit Thapa are being burned down.”

“Earlier there were only 80 FIRs, now there are 180 FIRs against those who have already been arrested… More than 100 Gorkhaland supporters are in jail since more than 3 months (i.e. 90 days), which means they eligible for bail, however they are denied bail on the grounds that they are adding more sections and just multiplying those sections FIRs,” said Mr. Patwalia.

He also highlighted how Mr. DK Pradhan and Mr. Tilak Roka and numerous other Gorkhaland supporters were falsely implicated. This he alleged was done to end the agitation, which began in 1900s.

Representing the prosecution Dr. Abhishek Manu Singhvi argued that, “the unrest was created by mass of people and the court has to note the difference between law and order, and public disorder.”

Since the judges had to go for an important hearing to the Constitution bench, the matter was adjourned to Friday, when Dr. Singhvi will continue with the arguments on behalf of the Bengal government.

We are most THANKFUL to Ms. Reena Rai – a Supreme Court lawyer for filling us on the details of the proceedings today.

3 Comments on "EXCLUSIVE: Supreme Court Hears Bimal Side of the Story Today"