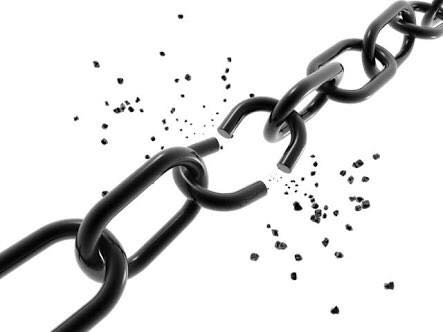 
Given the proposed plans for the imposition of Bengali language under the Three Tier language system by Mamata Banerjee, the past few weeks have been quite agonizing for the Gorkhas residing in Darjeeling, Kalimpong and Kurseong sub-divisions. The “resistance” against this top-down plan/attempt of thrusting upon us Bengali language, has “again” opened the old Pandora’s box for the ruling GJM top brass and with it, exposed the disheartening and undeniable reality at the heart of our century old struggle for separate statehood – our epic failure as a “political collective”

As emotive as the demand for Gorkhaland has been for the Gorkhas, this demand is also equally political, which is precisely why, weakening and (if given a chance) obliterating this demand has been the one-common-objective of all ruling as well as opposing political state-based-parties in West Bengal. And therein lies “their” collective unity despite “their differences” of parties, ideologies, approaches and agendas – i.e. their unity against the demand for Gorkhaland, well maintained, sustained and carried forward by successive State governments of West Bengal.

Compare this with the “collective” stance of our political parties in the Hills. Woke up to the news of TMC’s latest demand for expediting Madam Tamang Murder Case trial. Fair enough! An extremely valid demand, although it’s timing does raise a red flag.

The revival of Madam Tamang murder case is indeed Bengal’s calculated “utmost reliable” strategy to counter, check and control GJM. In the wake of building resistance against the Bengali language issue, where Bimal Gurung has suddenly emerged after a hiatus of a kind, to fiercely express his concerns – most of which remains vitriolic and far off from the initial concerns that had been built around our exercise of fundamental rights – right to choose, voice our opinion, react and decide what is good/bad for us. What is intriguing is the vocal echoing (or parroting) of our Gorkhali Sharada Subba along TMC lines, giving party affiliation more prominence than the collective wellbeing and protection of Gorkha’s rights and freedom of expression. The Madam Tamang murder case has become like a rotten albatross around GJM’s neck, highly politicized every time GJM makes a political move unpalatable with the State government. This politicization of the murder case in every way disrespects the deceased’s legacy and also his existing family given that the intentions behind such revival are calculative, vulture like and least noble.

Further, the luke warm, slow response(s) against the language issue by other Hill parties has only just begun, that too mostly on party lines. Struggles at this level i.e. individual party level undertaken by respective parties goes against the very formation of a strong “collection” front, which prevents the formation of the collective political identity – crucial for political struggle such as ours.

The deplorable irony of the existing political-disunity in the Hills is that while our political representatives and their respective parties are foremost at loggerheads with each other, people in the very Hills have time and again come together in unity for the cause of Gorkhaland. So much so, that despite the abysmal performance, the non-execution and non-fulfillment of the basic functions and responsibilities enshrined in GTA Act, 2011 by the ruling Gorkha Janmukti Morcha (GJM) since its formation in 2007 – which has now led to massive frustration cumulating to certain degrees of resentment against GJM in the Hills – including the tall promises of “development” by the opposition parties such as JAP and(or) TMC – people in general have continued giving their support to GJM.

This support as could be gauged from the past two elections results, has at it’s base GJM’s strategic but constant reiteration (mind you, only reiteration) of the demand of Gorkhaland as a rallying political point, which to a large extent has united people in the hills in support and now for protection and sustenance of our aspiration for a separate state THAN the ambiguous planks of other opposing Hill parties such as JAP. The animosity, fights and disunity among the inter/intra Hill parties has today limited our choice(s) where we have a dysfunctional governing GJM, embroiled in cases ranging from murder accusations to corruptions to high handedness on one hand and on the other, the popular but suspicious JAP known for aligning with TMC at its very inception.

More than 100 years have gone by in our struggle for a separate statehood. We have witnessed the ebbs and flows of this struggle, with hope and disillusionment, with anticipation and apprehension, with gains and losses, and with courage and fear. The lack of a “collective political” front has severely handicapped us, and made worse with the creation of different development boards on ethnic lines. A look back into the history of the Gorkhaland struggle highlights several anecdotes and instances of compromise, betrayal, stupidity, violence, greed, corruption, human sufferings, lack of vision, lack of strategy and above all many missed opportunities for a separate state of our own.

I fear if our actions and(or) inactions of today, the dis-untied stance and individual party agenda’s will cost us another opportunity of realising our long cherished aspiration of Gorkhaland in the coming years. So before people get tired and lose faith in our selfves and our struggle for Gorkhaland, a little effort into building that “collective political unity” is the much needed way foreward if we are to survive, flourish and grow.