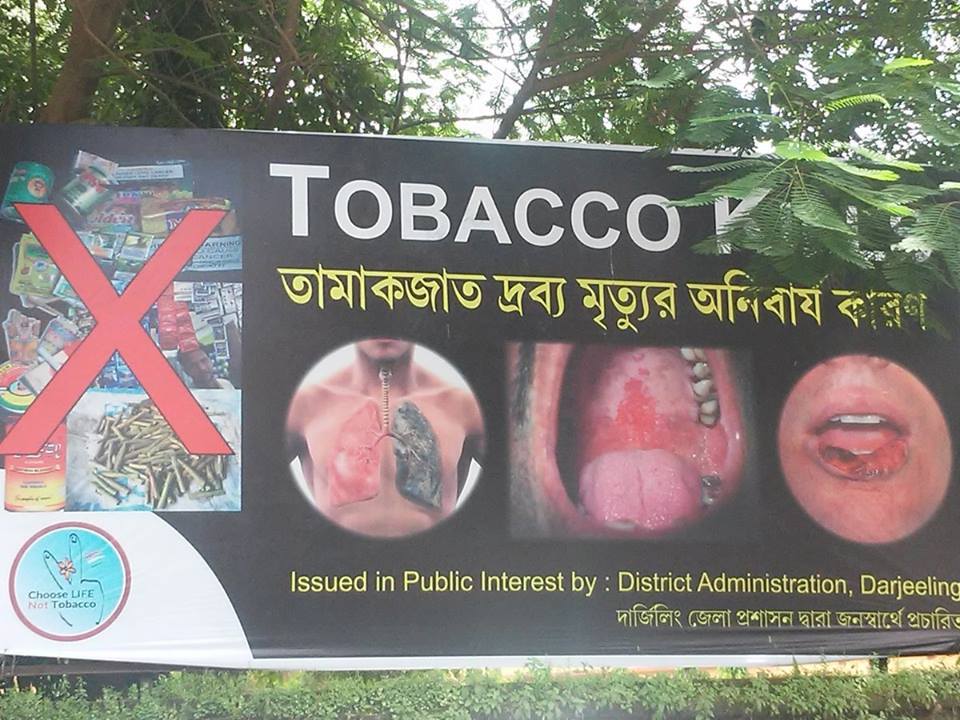 This piece started there as a comment on an article that was published in TheDC written by Sudarshan Limbu, but then I thought to continue with it, as I had so much to write and comment box wouldn’t permit me to.

Just a few days back on 15th of August we celebrated our 70th Independence Day, and if I am not wrong, then Independence Day celebrations in our region gets grander with every passing year and that is how it should be. Thanks to all the organizers and participants from all around the Gorkhaland region. Being active on twitter and updated with most (If not all) of the things going on around the nation, I can very proudly claim that our Celebration is indeed the Grandest in India. Yes! The Grandest!

However, I am forced to write this in order to mention about one of the major point Sudarshan Daa had tried to highlight in his article. “Shadowed Sacrifices of our Freedom Fighters”.

As Sudarshan daa has mentioned , on the occasion of Independence day different Social Media, especially TheDC and DT came up with researched posts highlighting story of sacrifices, bravery of our Gorkha freedom fighters. Being regular with TheDC and DT, I too came through those posts. But sadly I found myself to be unaware about some of those names and stories (and I believe myself to be ali ali Padeko,civil awareness bhako bhanaudo). It was an embarrassing realization for me. I felt ashamed and guilty.
I am aware about the history of Romans, I am aware about the American Civil war, I know the history of Babur, Aurangzeb, I know a lot of names and stories on Indian Freedom struggle, but I don’t know about my own brave hearts and souls who fought for Indian Independence.

But then I realized how could I know? For those stories are told nowhere, read nowhere. I wasn’t made to read, hear and talk about them. How can I know about them? I was made to read about Helen Keller but not Helen Lepcha, I was made to read about Frontier Gandhi but not “Pahadi Gandhi”, I was taught and told about Rabindranath Thakur and national anthem, but wasn’t told about Capt. Ram Singh Thakuri and his Contribution towards our national anthem.

So, whom is to be blamed? Where is our history book? Why we haven’t given enough emphasis and place to our very own statesman?

There may be some well researched books on these people, but to be honest, that won’t work. It has to be included in school books. Yes, we might have some limitations (right now) to make changes in the syllabus of History taught in our schools, but what about our regional language books? Why cannot we add a chapter or two dedicated to our Freedom fighters? Why cannot we make an effort to make HRD ministry to come-up with a chapter on “Gorkha freedom fighters in Indian history?”

I hear no voice from our regional political or non-political organization, academicians, scholars, intellectuals. Am I not aware or there has been no voice at all?

“Until Until Lions write their own history, the tale of the hunt will always glorify the Hunter” goes an African proverb. Thus we need to write, record and propagate our own history.

The silence of our political or non-political organization, academicians, scholars, intellectuals, writers etc, on linguistic imperialism or imposition of Bengali language on hills also bothers me a lot.

Though we live under the State of Bengal under Union of India, we have our own language which is recognized as one of the National Languages of the Republic of India under the 8th Schedule of Constitution of India. And this reorganization did not come to us with a cakewalk or overnight, we have fought for it for over 40 years, relentlessly.

From being labeled as “Language of Coolies” to “Bhasa Andolan” to “Official Language of Republic of India” to “PM Modi Speaking in Nepali” , our Bhasa has came a long way. But we take it too much for granted, and do not give due importance to our own Matri Bhasa.

In recent year’s use of languages other than Nepali, especially Bengali has been increased in region. It can be termed as Linguistic imperialism (should not be taken any form of offence by Bengali Speaking people). Some may deny, but claim of Linguistic imperialism is true and it’s happening. We in Gorkhaland region, hills where majority (95%) people cannot read, write and talk Bengali are being asked to fill up forms in Bengali, all the government announcements are made in Bengali, government signs and posters are being printed in Bengali. Even if some of us can read, write and speak in Bengali, why should we have to? We have our own language. But in recent years numerous instances of Bengali language imposition has been noticed. Why? Why does the Bengal Government as well as District Administrators being disrespectful towards the People and language of our Region?

We have seen advertisement boards and banners for Bengal Government schemes in Bengali, Hospital bills in Bengali, our Ration card (full of mistakes) in Bengali and correction form in Bengali, Railways signals in Bengali, today someone sent a poster regarding awareness of anti- smoking pasted in Mirik and Kalimpong by District Administration and not so surprisingly it was also in Bengali.

Seriously, what kind of stupidity is that to use a language not known to majority people to make them aware about issues?? Then I thought, it’s not stupidity but deliberate action.

But Wait. My Baje boju use to say “आफ्नो थैलो बलियो कस्नु अनि अरूलाई चोर लगाउनु ”. Very true. We have fault within us too.
On the 14th of August 2016, whole of Bengal state celebrated Kanyashree Day (Kanyashree scheme being a pet project of Mamata to educate girl child by providing scholarship incentives). And there I saw stage background banners from Mirik and Pulbazar-Bijanbari written in English (thanks to Darjeeling and Kurseong for Using Nepali). Where is our Nepali language? Most of the people present there must be Nepali speaking? Why couldn’t the posters be written in Nepali? For whom was it written in English? Was it for those Non-Nepali officers from Bengal?

Common my dear Good people have some self respect.

If they cannot read Nepali that is their problem, not ours. If they want to understand they have to learn our language. When it comes to the importance to language and culture, it is ok to be called communal, I feel. It is the Official language of our Region and that is recognized by our Law of the Land, The Constitution of Republic of India and should be the part of every Official Function, may it be of Local Administration or State Government or Union Government.
But here again, sadly the voices that matters and can make an impression are silent.

Beside the outrage on TheDC and DT and a few other social media platform and memorandum submission by some youths (to District Administration last Year) nothing much has been done. No voices heard. No outrage.

But then I found a reason behind that too. Sorry to say (it may offend some people). Many of those voices which can be heard and can make a difference work for the Bengal government – directly or indirectly. May be they have to worry about their bread and butter. May be they could lose their grants and funds if they goes against State Government’s imposition of Bengali language.

Yes I am writing myself in English and asking others to use Nepali. I am a hypocrite. But I have a reason behind that. I want this to be read by often English using academicians, scholars, and intellectuals.

Be a hypocrite if you have to be, it doesn’t bother me, but please outrage against unwanted imposition of other language.

As I said earlier, when it comes to our Language, our culture, our traditions, let’s be very clear with our mindset. We must be Communal. I am Communal about my language and culture. That doesn’t mean I hate Bengali language or any other language.

The Rise of “Hamro Party” and the Fall of “Hamro Sapana”