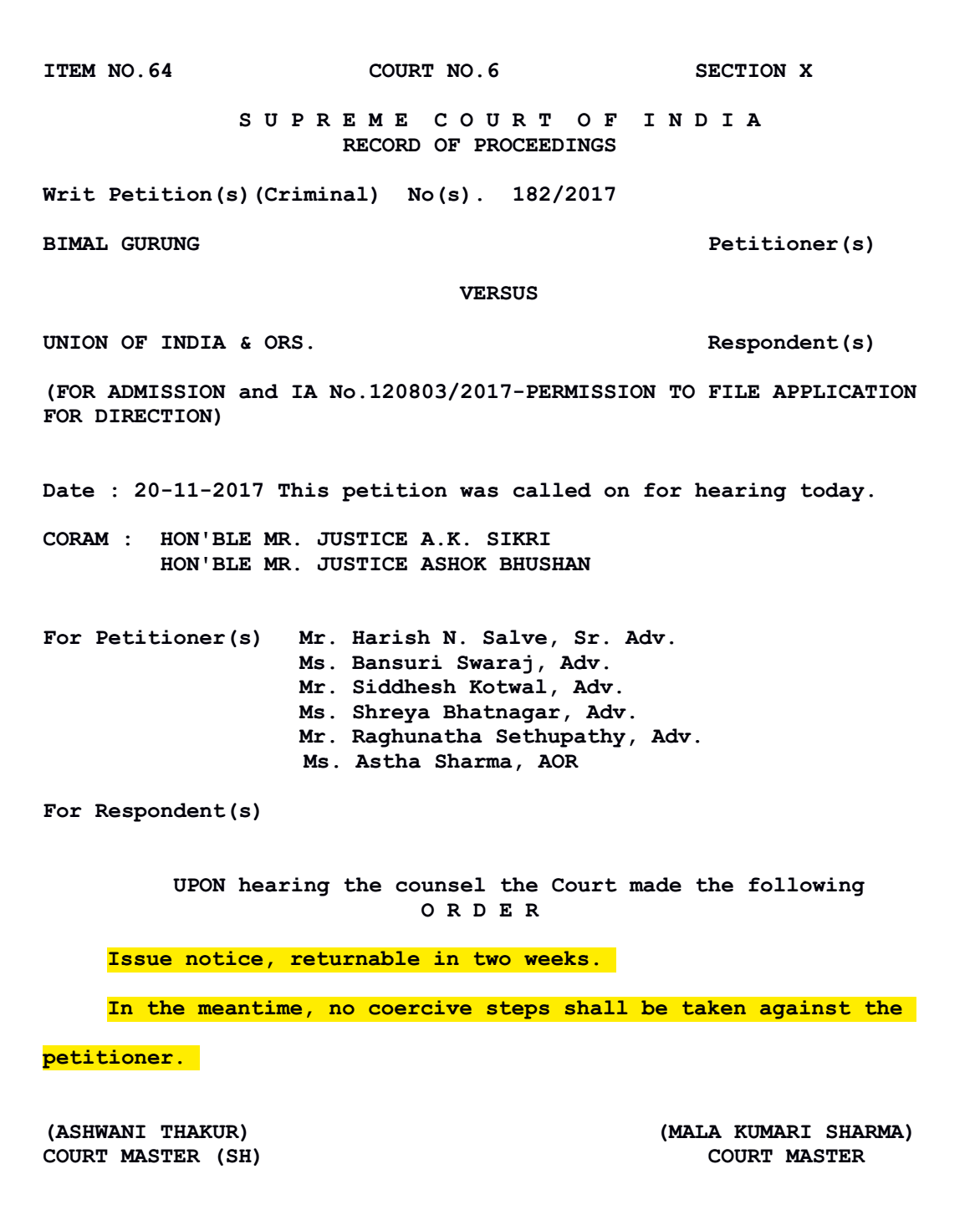 In a press release, the Gorkha Janmukti Morcha President Bimal Gurung has thanked the Supreme Court of India, and has called for a Supreme Court monitored NIA and CBI investigations into the “bomb blasts, arms haul, and killing of Gorkhaland activists and SI Amitav Mullick killing case.

Here is the full press release,

“I am most thankful to the Honourable Supreme Court of India for kindly granting me relief from arrest till my anticipatory bail plea comes up for hearing. I hold the Supreme Court of our nation in the highest esteem and reiterate my full faith in the judiciary.

The Gorkha Janmukti Morcha under my leadership has always followed the path shown by Gandhiji and we have rigorously pursued nonviolent and constitutional means of raising our demand for the separate state of Gorkhaland. However,  numerous false cases have been slapped against me and the GJM leaders and cadres who are loyal to the Gorkhaland cause. Numerous false cases have also been slapped against innocent people and they are forced to spend months in jail.

We have full faith in judiciary and believe that the suffering people of Darjeeling will get justice from Hon’ble Court and we are also confident that independent investigation will reveal the truth and those anti-nationals who have conspired to bring strife and tensions in the sensitive ‘Chicken Neck’ region of our nation by causing bomb blasts and by bringing sophisticated arms such as AK 47s, will be held accountable for jeopardizing our national security, and they will be persecuted for their crimes against our nation.

I thank all the Gorkha people who have supported the Gorkhaland demand, believed in me and withstood the immense pressure from West Bengal government to give up on our dream and demand for a state of our own.

I want to reiterate that, the Gorkha Janmukti Morcha will continue to struggle for Gorkhaland statehood in a peaceful and democratic manner.

Gorkhaland is not just for us, but more importantly for the future generations, and I will never give up my struggle because I do not want our future generations to live through the same discrimination and humiliation that we have had to face.

The more they conspire against us, the stronger our resolve for Gorkhaland becomes. I request people to keep the faith in the judiciary and remain steadfast as we all collectively strive for a state of our own within Mother India.