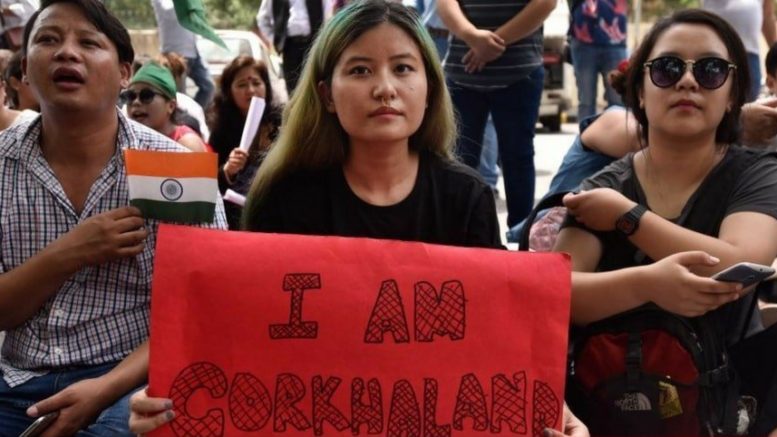 ‘I am Gorkhaland’ became the most popular placard during the 2017 Gorkhaland agitation. It symbolized how the new generation and youth have personalized the movement and were coming forward to take a stand, personifying the aspirations of the people and the place. It felt historic to witness the evolution of the Gorkhaland demand from a ‘leader-centric’ movement to ‘the peoples’ movement’. 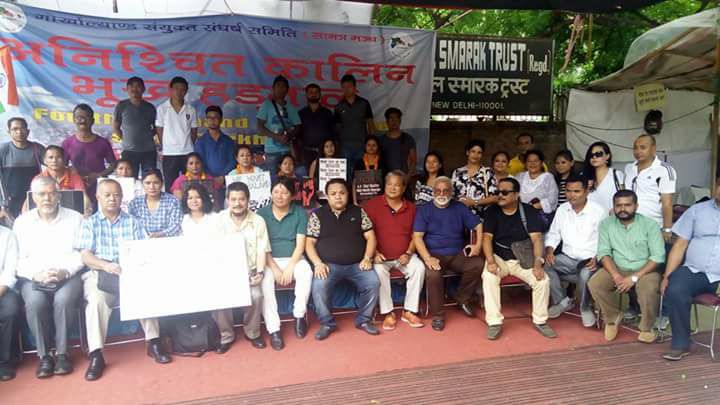 But Alas! the historic moment was short-lived.

The negotiations and compromises began in Kolkata where a ‘Naya Soch’ political leadership was formed. The ‘old guards’ of Gorkhaland movement went onto a self-imposed exile, and the new brigade took over the reins.

With that, almost immediately those holding ‘I am Gorkhaland’ and other enlightening placards too vanished from the scene. The placards were dropped and the people who had ‘personalized’ the movement became detached from it within no time. The youths moved on from the protests to their daily whataboutery, dejected that they had been cheated once again.

‘No more Gorkhaland’ the new visionaries said, and everyone kept quiet. Those who couldn’t keep their voices down received visitations and summons from the nearby police station. The new rationale of ‘Development over Gorkhaland’ became the dominating narrative and anything that had to do with statehood demand was either forcefully supressed or went up for sale.

The alleged ‘people’s movement’ could only sustain as long as the leaders were in hiding and the ground was free for all. Once the ‘new brigade’ appeared, replacing the ‘old brigade’, the people’s movement fizzed out and the leaders took charge. Gorkhaland became the elephant in the room and not a word was spoken about it.

People condemned the new arrangements on social media and choicest of abuses were hurled at those compromising the movement. But as we have witnessed often, in less than a week, everything went back to normal, as if nothing had happened. In the new scheme of things, Gorkhaland became the unutterable word, and the quickest way to make enemies. The early sparks of its evolution into a democratic and alleged ‘people-led movement’ quickly died down.

Once again, the people handed over the reins of Gorkhaland movement to the leaders and administrators. It was an easy surrender of people’s aspirations, hopes, and dreams.

Today, the idea of Gorkhaland is at the crossroads. The state assembly elections are round the corner and some people feel the idea has been compromised after the ‘old guards’ made a deal with the state government for their return.

The state which had hounded them with multiple legal cases, has now decide to forgive them and assured their safe return. The state against which the movement was launched, has today become the protector of the rebels. The same state which took away even the voting rights of the ‘old brigade’ leaders is now guaranteeing their freedom to participate in the upcoming elections.

Interestingly enough, the ‘new leaders’ and the ‘old guards’ now pray to the same God, for the blessing of the same kind. They stand under the same rain and fight for the umbrella. The new leaders claim that ‘political immunity’ is not above judiciary and they are as much of a criminal today as they were before they bent their knees. However, if one scratched their head even slightly, they could get reminded of how the ‘new leaders’ themselves were charged of the same crimes just some years ago, before they themselves had crawled in front of the powers that be. Those crimes that were washed away by the tides of political blessings. A reason why scores facing threat had joined the new brigade.

But that is again one thing about police cases. Sometimes, uttering the name of a health drink makes you a criminal of first degree, and sometimes you could be charged for an arson for a fire that no one ever saw. But it is all good, if you exactly know when and where to fold your hands, bend your knees and crawl on the grounds after submitting your spine.

These are the things that happen in the name of Gorkhaland. Leaders come, they shout Gorkhaland – we the people shout Gorkhaland louder. They settle for personal scores, we go back to our usual chores, we start forgetting.

Forgetfulness is perhaps a good thing after all. But it is worth a wonder, if we forget the smell of smoke grenades and the colour of the blood that had once painted our streets. To wonder if development and fancy promises could give back those lives.

After all, the hungriest of us didn’t care about earning their bread for 104 days – it might have been for something more than getting the potholes fixed.