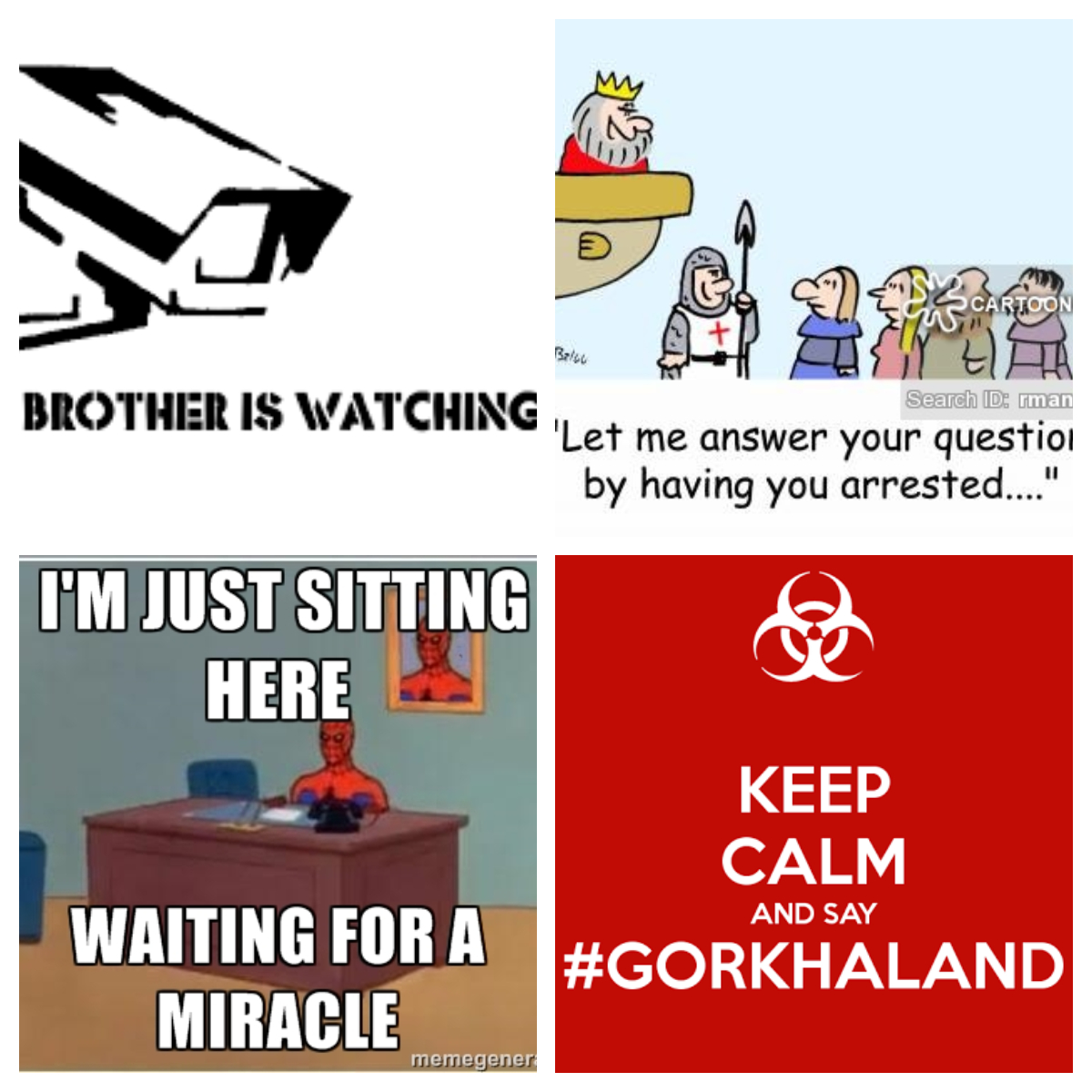 During the 104 days of the shutdown, Darjeeling experienced what every political uprising faces – blockades, food scarcity, police brutality, unlawful arrests, media-blackout, and everything else that can make any movement fall on its knees. But, what broke the back of Gorkhaland agitation in 2017 was its dependence on the ‘miracles of Delhi’ and lack of vision of the incumbent Hills leadership. When the miracle story failed to deliver, the incumbent Hills leadership had to run for covers, lost its credibility, and were exposed for their gross mismanagement Gorkhaland administration in 5-years tenure.

Everybody believed that the GTA, with all its limitation, could have brought major changes in the region. However, the ruling party of the Hills chose to sleep through it for 5 odd years, before being alarmed by the end of their term. The fact is that the politicians never took GTA seriously, and it was only used as an excuse to embalm the egos of self-proclaimed leaders.

It was not the public who needed Miracles, it was the Leaders. The public was tired equally of a failed leadership, as it was of the Police brutality. Tragically, the frustration reached a level where the public simply didn’t care. Leaders who were till now sitting on the fence until now too timid to speak up suddenly found a reason to rejuvenate when the promised Miracles failed to arrive and they quickly jumped into the pool.

Without a strong or accountable leader on the ground, rising food scarcity, it was just about a matter of time before the public would receive with both arms whatever little they get from the State government. Today, there is a semblance of normality in Darjeeling Hills, restored through a proxy administration, special economic packages and even forceful coercion.

Democracy is yet to shine. But is Darjeeling happy and smiling? I will leave that for you to answer.

Amidst the deaths, heavy police crack-down, and economic hardships, Darjeeling lost control of the Gorkhaland issue and the movement had to be outsourced to people and organizations living outside the region. Starting June 2017, the Gorkhaland movement had its own little ‘Arab Spring’ moment, whereby the movement which till now was confined to the Hills, spread like wildfire across the globe. It was for the first time in its history of 107-years that Nepali-speaking people of the world came together to show their solidarity and support for the movement. Right from Manipur to Mumbai, and Bangaluru to Kashmir and Kathmandu, UAE, North America, Israel, Hongkong, and Europe, people stood up for Darjeeling. All thanks to Interment and Social media platforms like Facebook, Twitter, Youtube, and WhatsApp.

It is highly debatable whether the global outcry and Facebookization of Gorkhaland issue actually benefitted the movement. But, thanks to the mobilization, funds were collected to send food to the Hills during the shutdown and to organize legal aid for any other assistance victims. Neither the fund recipients nor the donors are talking about it, is a different matter altogether.

One section of the public is happy and satisfied to see their Social Media walls filled with Gorkhaland protests and support across the globe. Movement supporters and sympathizers were able to speak up, disagree, and even exchange ideas. At the surface, it appeared that the Gorkhaland movement has finally opened up for democratic reforms where people could share ideas and collaborate.

However, there is another section that thinks while the publicity was good, it has created further divisions and polarized groups into extremes. The Leadership vacuum in the 2017 agitation has opened grounds for different individuals and organizations to assume a leadership position. Certainly, ‘the more, the merrier’ did not bring any good. The coveted Gorkhaland leadership soon became the tug-of-war, and the actual issue gets sidelined. The problem becomes dangerous when each group begins to think of themselves as the saviour of the Gorkhaland movement, the place, and its people.

The Politics of Criticism:

Some individuals, parties, and groups spearheading the 2017 agitation grew bigger than the ‘Cause’ itself. And as is the routine, when you become big and powerful, you don’t like dissenters. Any chapter of a history book is full of such example, and Gorkhaland is no exception.

We have witnessed right from the 1980s, that Gorkhaland has very little tolerance for opposition and criticism. The forceful exodus of dissenters, political murders, and persecution are normal to us.

Legal jargons and constitutional terminologies were also a mainstay of the 2017 agitation. The level of legal consciousness is highly praiseworthy but becomes worrisome when it also becomes a tool for threatening anyone who raises a question or criticizes a move. Court notices, FIRs, threats of defamation have been used against one another by those who claim to fight for Gorkhaland.

From a condescending ‘your criticism makes us strong’ to filing FIRs, and threats of defamation became the new tool against those criticizing and demanding accountability. Legal notices, court orders, were sent for criticizing leaders, organization, or even seeking financial accountability. The only difference from the past is that it is done in a much more polite and sophisticated manner than in the past. The underlying message remains the same though – Fall in Line or you Shall be brought down.

SEE ALSO:  6th Schedule - A Panglossian Political Quick Fix or an Opium for the Masses?
Powered by Inline Related Posts

So, the bigger question is ‘what about Gorkhaland? What good did the global outcry yield for Darjeeling? Are the problems of education, economic sustenance, poverty, employment, any better now? What about the people who sent truckloads of food during the shutdown? Will they need another shutdown to be awakened again? Are we doing anything to uplift education? Is any group adopting villages and schools that was planned so much during the emergency? Is anyone volunteering to help students improve?

To be honest, I cannot sacrifice my comfortable job and life to worry about these petty things. When there is another emergency, I shall send whatever is possible and will help with likes and shares on Social media.

What will you do?

2 Comments on "Gorkhaland 2017: When Miracles Failed and Criticism Invited FIRs"