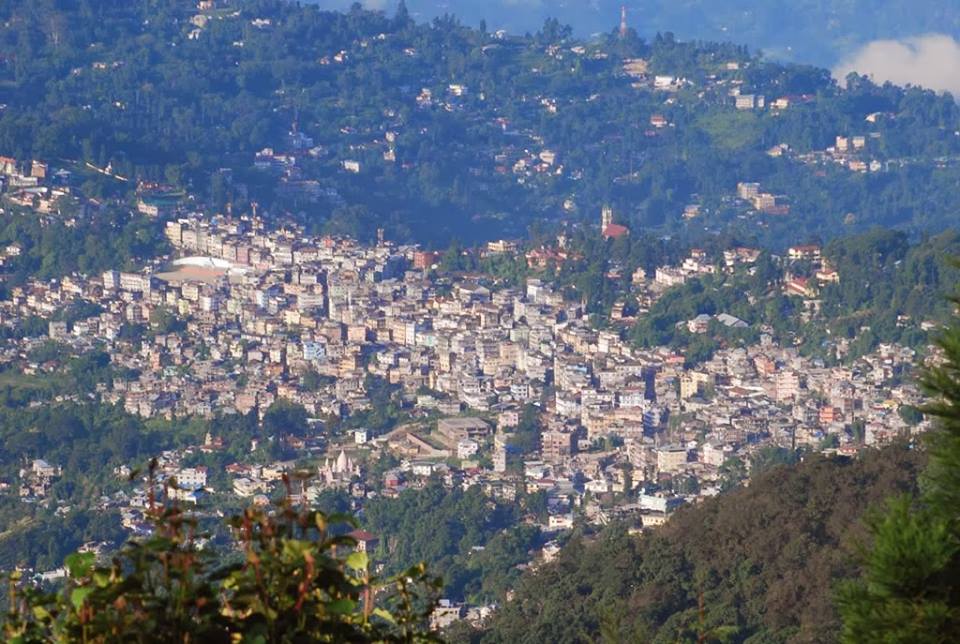 “बाक्लो दाल खाने रहर” a very commonly used phrase in our society. Though used humorously, it indicates a very significant development in the process of the evolution of a society – ‘Family Extension’. Here, this phrase, “बाक्लो दाल खाने रहर” refers to ‘One’s willingness to Improve Quality of Life’. (Improve: To make better than what we are/have). It also signifies of one’s will to stand on one’s own feet and work for own betterment. Many succeed, few don’t.

Though the things have been going since long but finally on the 14th of February 2017, officially our Gorkhaland family got extended. Till the 14th we use to live under one roof of Darjeeling District, Now we have another Joint roof as Kalimpong District. Kalimpong as a District is our Family Extension and Not a divorced relation.

It is an ‘Extension’ and not a ‘Separation’.

It’s very obvious to have some distress when our family gets extended. But to look on the positive side it’s one’s will to take up the responsibility for self and to work for self-betterment. We must be supportive on that. Let’s hope and expect our extended family to grow better than what we were yesterday.

But how much can we expect?

Though it would be too early to say what is held by tomorrow for Kalimpong, but the present circumstance doesn’t look too bright to have high expectations, unless some extra privileges is provided.

Yes, there will be some administrative ‘ease’ for common mass (Easiness, not efficiency- Administrative efficiency is a future story still waiting to unfold). It has always been a huge task for a single district administration to handle and cover the huge area of Gorkhaland region. Provided the physiographic limitation, lack of connectivity and communication with far-flung areas, the Administrative task has always been lacking and majority of the people, not just in Kalimpong subdivision, but also across Darjeeling and Kurseong dissatisfied. Now with the separate office to look after the Kalimpong region, we can expect some administrative easiness. Connectivity and Communication between commoners and authorities may get ‘slightly’ better. At least, the physical distance between Commoners and District level offices will be reduced, which is what can be taken as an ‘Improvement’. On that note, we can expect to have some improvement in Administrative efficiency too.

But as I said earlier, the present circumstance doesn’t look too bright to have high expectation. It is like, one of our brothers gets extended as a separate family, but all of our resources are controlled by other. And most importantly, controlled by those, whose dependency is upon us to some extent.

We live in the State which is going through fiscal depression and is on the verge of fiscal collapse. The recently presented budget of Bengal projected the total debt will be going to Rs. 3.66 lakh crore in this fiscal year. The debt has doubled since the year when Mamata Banerji took control of the regime (2010-11 it was only 1.85 lakh crore). Moreover, with no investors willing to invest in Bengal (“Singur” –“Tata bye bye” syndrome), industries shutting down, Law and order problem, large-scale corruption, and random subsidies and freebies (vote bank appeasement politics), grants by State government, this debt is expected to grow leaps and bounds. And although I don’t have any such data to claim this, but assumptions can be made that the revenue collected from our #Gorkhaland region must be a great factor in sustaining Bengal’s economy, also the reason behind unwillingness to grant our region statehood.

Now my point is, How and what should we be expecting from the State which has nothing in its coffer. What kind of “development” we can expect from the State which is at the state of ‘आफु त महादेव, कोस्ले दिने वर’. Let us be clear on one thing, we get very little percent (may be on single digit) of what we give to Bengal.

This is exactly what our story has been and this is why de-merging Gorkhaland region from Bengal is a must. Need is of unshackling ourselves and our resources from those ‘controllers’. We can get extended to more families, (may be more districts), but it won’t make much of a difference until and unless we are free to use our resources. All that is glittering today may not be gold tomorrow. Statehood is the only option for our Prosperity and progress.

Rests – be they GTA, Development boards, new Districts or sub-Divisions, are just candies given to appease politically immature kids.

Will that improve the ‘Quality of life’ of our society as a whole? Are they even aware of state of ‘Quality of life’ in our Gorkhaland region? What is happening to our regional GDP? What is the state of Per Capita Income of our region? Has there been an improvement in Life Expectancy ratio as it has to be? What about our Employment ratio? Has there been any “New Development” for unemployed masses? How many entrepreneurs have we been able to produce? What is happening to our educational standards? What is the status of our academies and academicians? How much development have we seen in basic infrastructure around us in past 2-3 decades? Once we used to be the hub of Nepali culture and literature in the world, where are we now? Is that a socio-cultural development?

We just need to go around and evaluate what is happening to us as a society as a whole. Maybe some Individuals have made “Some Development”, but as a Society we are failing. We are degrading. We are deteriorating.

We may enjoy some perks of Development Boards and Districts and even an Administrative body like GTA, but, let’s refuse to remain contained within that. We DESERVE far more than what we are being provided with.

Many people feel and argue that Caste Based Development boards and District-hood to Kalimpong are to disunite us. I do agree on that. But it greatly depends on us too. What really matters is this – will We – the Gorkhas be “played by” or will we “play on”. I am most hopeful that we will “play on” and refuse to give up until we achieve our goals.

Our Family has extended. The reason might be anything, but the result must be good. Good for ALL. We have EXTENDED and haven’t become EXTINCT… we will EVOLVE.

Heartfelt Congratulations to Kalimpong and its Kindly people.