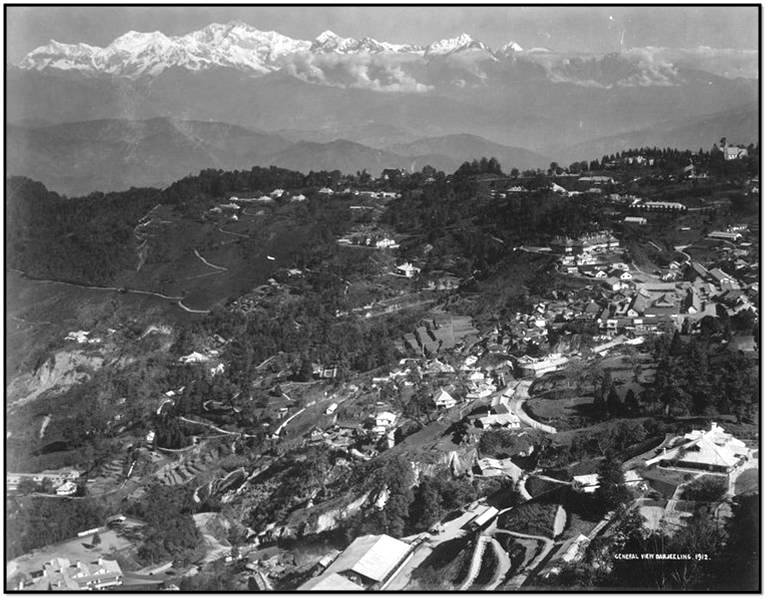 Darjeeling - history has been very unkind to the people here

The contents of this discourse is in response to the deliberations in the recently concluded Seminar on Sixth Schedule. Lookin at the legality aspects of the Sixth Schedule (as an aspect of Excluded Areas /GoI Act of 1935/GoI Order 1936) is that, it is applicable only to the erstwhile Province of Assam, whereas the Fifth Schedule (Partially Excluded Areas/GoI Act of 1935) is applicable to rest of India (to areas mentioned in the Order 1936).  The implications of the provisions intended to safeguard in protecting the ethnological identity of the inhabitants within the designated areas.

The Order of 1936 lists Darjeeling District as PEA. Under the Fifth (1955) and Seventh (1956) Amendment purported to effect recommendation of the State Reorganization Commission (SRC) – legalizing genesis of state formations in India, States and Union Territories for democratizing the designated areas with the House of the People, readjustment after every census and establishment of new High Courts, High Court Judges etc.

Under the auspices of SRC (1956-2000) twenty (20) States and UTs were formed inclusively based on the provisions of Fifth and Sixth Schedules exhausting the list of the Order of 1936 except Darjeeling District. Which is the only remaining PEA, that is yet to get a designated right to self-assertion, and governance. This constitutional aspect is very difficult to untangle, as a result of which the ordinary citizen, nay in fact, even professed learned, are unfamiliar of this knowledge.

Hence the confusion, since inception, among the genuine seekers demanding autonomy/state which in a political sense convey the right to internal self-determination with democratic rights predetermined only for designated areas i.e. within the framework of the specific Articles of the Constitution.

With an eye to the above context, it is fairly easy to infer that demanding internal right to self-determination or a state, if you will, is doubtless a democratic right but specific only to certain areas in India (Order 1936). In the Constitution of India the incorporation of Articles 244(1), 244(2), & 175(1) and in fact the Schedules (12), outlines a detailed account of providing the legal aspects of self-governance under a democratic republican setup.

This means that the sense of democratic rights alone is insufficient to demand autonomy or internal self-determination (self rule/state). The latter requires a legal basis (the constitutional law and history) since 1600-1935 and 1950/52 thereafter to present times, and the roadmap enshrined by the Constitution for the entire nation needs to be followed.

Hence it is surmised from the above undertakings, that the Seminar held in Darjeeling on the Sixth Schedule requires specific understanding provided by the fact, at this moment of time since 2012 the Fifth Schedule is partly established [Art. 244(1) Part B rule 4, Tribes Advisory Council] as an aspect of section 2 and 3 (a), (b), and (c)  wherein “The Governor may make rules prescribing or regulating, as the case maybe”.

In fact, it might be reminded at the commencement of the Constitution 1952-56 the same provision Part B rule 4 was established in Darjeeling District, but when West Bengal Province transferred to West Bengal State under the First Schedule (Arts 1 and 4), however safeguarding the identity of Darjeeling District by providing exclusivity and inclusivity under the Absorbed Area (Laws) Act 1954 on account of Partially Excluded Area status, never got implemented.

The following historical chronology substantiates the intent status of Fifth & Sixth Schedule (Constitution of India) originating in sequence to the Govt. of India Act, regulations, laws per-se the following

Note: TAC is crucial in understanding the Absorbed Area Act eventually to terminate in time, however only after legal functions is transferred to its original unit. In sense, the scheme is analogous to the formation of numerous states (20) in India under the States Reorganization Commission (SRC) 1956 (Seventh Amendment).

That being so, it is perceived the following Ordinance/Bill placed in Parliament in 2013 (however pending till date) is indicative of some major decisive action by parliament (by law) implementing by executive decision. i.e. amendment of the Constitution by a simple majority (Art. 368) and not requiring the two third majority. That the Ordinance/Bill is a constitutional event being conducted towards its targeted lawful purpose and not otherwise like other ordinary Bills. This is the content of the following item 23.

Note: This Ordinance/Bill is perceived as the one and only final solution to all the above citations (0123) being the chronological history 1822-2019 before general elections assuming the above Bill is based on Arts. 82,170, 330 & 332, which seems to have been marginalized in the Parliamentary  Elections of 2014 and the state legislative elections of 2016 .

Understanding based on the above Articles, an NGO based in Kalimpong, Public Interest Committee for Scheduling Specific Areas (PICSSA) has petitioned the Supreme Court under an RTI (Diary No. 13247 Year 2017) filed dt: 25/04/2017 for a final decision.

Those interested to read the text of the petition, may long on to site (PICSSA).

Notwithstanding PICSSA following which the leading political organizations too have recently demanded vide press releases legal ramifications of Darjeeling District and adjoining areas (presumed as historical 10 Dooars). The demands pursued are

In taking cognition of all these press releases by organizations in the forefront, one is conducted in reverting back to the commencement of this discourse i.e. “Darjeeling Seminar talks ‘crucial’ Sixth Schedule” it maybe finally assuaged that something surely is around the corner and that the boulder blocking the path to the destination of Darjeeling District and the Dooars is about to be bulldozed before the forthcoming general elections.

It is presumed therefore, after taking all hues of understanding from above citations 1-23 including the press releases (a-d) that the pending tribal bill will see the light of day either in the ongoing session of parliament, if not, surely in the next parliamentary session before 2019 general elections.

As this seems to  be the constitutional roadmap perception of all the contentious issues since 1986 till 2019 (without crossing fingers), best of luck to all, as the better days certainly seems to be insight provided by the Constitution of India, which is supreme in constituting the rights and duties of every citizen of India.

[WRITES: Karma T.Pempahishey writes under the nom-de-plume “Hillman –The Analyst. He can be reached at: karmapempahishey@gmail.com]

Fifth Schedule [Article 244(1)]: Provision as to the administration and control of Scheduled Areas and Scheduled Tribes.

(b). alter, but only by way of rectification of boundaries, any Scheduled Area;

(c). on any alteration of the boundaries of a State on the admission into the Union or the establishment of a new State, declare any territory not previously included in any State to be, or to form part of, a Scheduled Area;

Backward Classes Welfare in West Bengal (1952-1956) … Under rule 4 of the Fifth Schedule to the Constitution, Part B, a Tribes Advisory Council was established consisting of 17 members including the 12 Tribal MLAs.

No.1282 T.W. dated Calcutta 25 August 1953 …. Powers conferred by sub paragraph (3) of paragraph 4 of Fifth Schedule to the Constitution of India, the Governor Darjeeling – history has been very unkind to the people here

In Defence Of Gorkhaland: Proposed State Will Be A Safe, Secure And Financially Independent Entity

SILENCE OF THE LAMBS: The Deafening Silence of Hill Citizens

Portrait of an Artist: Mosaic Thoughts