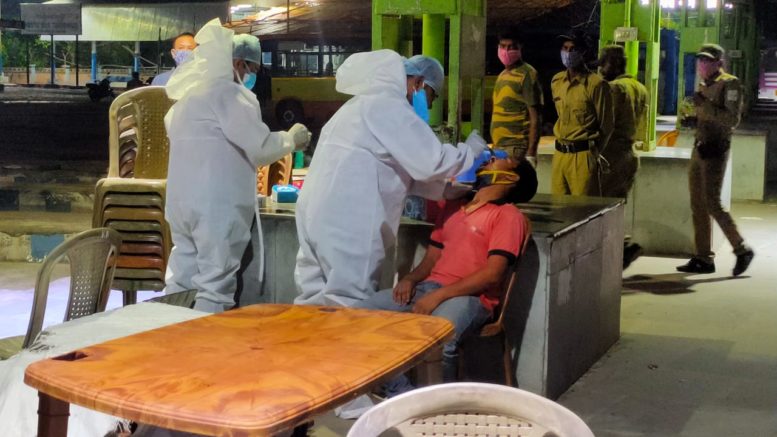 
Malda has emerged as a leader in its fight against COVID-19.

On 7th of May, 2020 the Principal Secretary Health held a Video Conference with DM, CMOH, and Health officials of all medical colleges and districts to discuss online registration of COVID-19 testing reports as per the ICMR guidelines.

Highly placed sources who attended the meeting have informed us, “All those involved with testing of COVID-19 cases are required to register their details online, also all test reports need to be uploaded online. This hadn’t happened earlier, gradually that’s changing.”

The source further said, “During the meeting it emerged that many districts have not been able to update the data online, numerous tests were carried out in a faulty matter, proper testing protocols were not followed, and in some cases the testing kits were damaged by the time they arrived at actual testing Centres. This has caused delay in actual reporting of the cases. But gradually all these kinks will be smoothened out.”

“Surprisingly Malda has emerged as one of the most progressive districts that has implemented strict COVID-19 testing protocols,” said the source.

Explaining about how Malda has done it, our Source said, “Once returnees reach at the Bus stand or Railway stand, a team from District Administration comprising of Health and Civil volunteers issue them mask, and data entry follows. The swab test collection is done there itself, and only after that they are sent to respective quarantine centres.”

“Doing so has saved us time and efforts” the source added.

Speaking about how the hills should prepare for those who will be returning home, the source who is a senior health official said, “GTA should follow same procedure as testing lab in North Bengal is situated in Siliguri only. This way, anyone who enter Siliguri can be tested there itself. There won’t be a need to transport collected swab from the hills to the plains, and result will come back quicker. All they need is to arrange team for data entry which they are doing, and swab collectors designated for Darjeeling and Kalimpong to be based out of Siliguri itself,” said the source.

The health official also warned, ‘GTA will do well not permit people to enter the hills just based on thermal scanning. People can take paracetamol and hide their symptoms. They should encourage testing in Siliguri itself, as soon as the bus or train arrive.”

1 Comment on "In its Fight Against COVID19, One District in West Bengal has Emerged as a Leader – Malda"