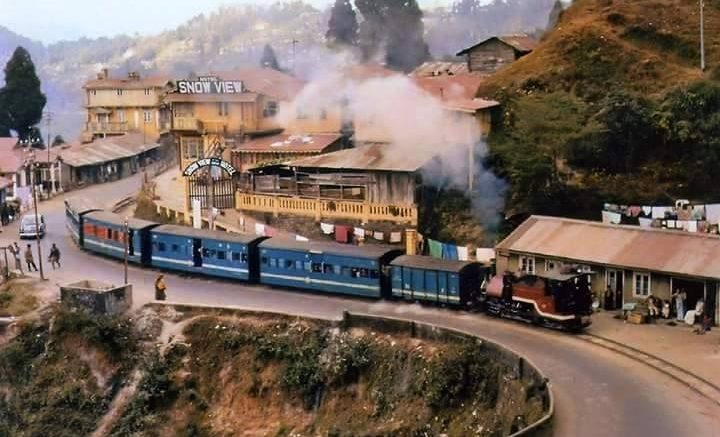 
Rise Above the pettiness that has divided us for far too long. If we don’t stand up for our town, no one else will.

Darjeeling had become a free for all. Anyone with money and power could do anything here, and there was no one to question.

In many aspects, the situation has still remained unchanged. We cannot question the actions of those in power, no not our local politicians they are powerless, but those who are actually pulling the strings behind the scenes.

We are not allowed to criticize the abuse of power, public servants have gone onto become the masters of the people, and anyone dare highlight it is repeatedly warned and reminded of the “ominous consequences.” Other than worrying for their own image and seemingly unquestioned authority, those in power directing the play behind the scenes have left Darjeeling a free zone, where anyone can do anything here, as long as they don’t question the system and the state government.

This state of anarchy, supported by the powers that be, has turned our once beautiful town into a proverbial “armpit of the Indian mountain regions” – dirty, filthy, stinky and a place full of waste. Concrete buildings coming up everywhere, with no checks and balances in place, public land occupied, including the drains, pipes, footpaths and road.

The Mystery of Disappeared Public Toilets

Growing up and having lived my entire life in Darjeeling, I practically knew all the public toilets around the town. In the course of a few decades, most of these public toilets have disappeared, or are rendered useless.

Those who grew up in the 90s and early 2000s may recall, there used to be a public toilet near UCO bank in Singamari, a huge house stands in its place today. Same is the case with the public toilet in what was back then referred to as ‘Bombusty’. That toilet has disappeared. The one on Pachpann Hatta – near New Dish (orient ko terso) has been shut down, and the one opposite Das Studio has been rendered useless.

In place of most public toilets, we have huge buildings in place. It would be in public interest for the new Municipal Board to make public the fact, which Municipality Chairman was responsible for these public toilets disappearing?

When I visited Kolkata, which was Calcutta back then, for the first time, the uncle who took me delighted in showing me tall buildings and regaling me with the story of how Bhaichung Bhutia had his cap come off once as he counted the number of floors of these buildings.

Today, there are buildings in Darjeeling that can compete with those in Kolkata.

Growing up the 80s and early 90s, we were told that construction above the road on the left side of the road while driving down from Ghoom to Darjeeling was not allowed by Darjeeling Municipality as it would obstruct the views.

In my own lifetime, I have seen Darjeeling being turned into a concrete jungle with no care or concern for the views or the environment. It would be in public interest for the new Municipal Board to make public the fact, which Municipality Chairman was responsible for permitting constructions on the road sides?

Today, not only the side, but even roads have been occupied, and public footpaths too have been taken over.

Who Sold Off Chowrasta and Mall Road?

What happened to Chowrasta and Mall Road is nothing less than a crime against Darjeeling. Rich people with lots of black money got hawkers from the Nehru road (Keventers to Chow and NB Singh Road) evicted. Later the very same people who were responsible for eviction allegedly took money have allowed the same hawkers to settle in Mall Road area.

When WB CM Mamata Banerjee wanted to construct a hawkers market near Chowrasta, we all outraged.

But today, no one seems to care at the state of Mall Road. It has literally become a free zone for everyone to do as they please.

It is these and multiple other reasons like these that people of Darjeeling have had enough of the existing political parties and their shenanigans. The level of suppression, oppression and helplessness felt by the people against the system and powers that be had reached such a level that they felt ‘ukus-mukus’ and this is what heralded the change.

For all intent and purpose Darjeeling is lawless. Here those with money and power decide the rule, and not the constitution.

This is what people hoped to change in the recently concluded Municipality polls.

Darjeeling needs, deserves and wants change. Change not only in terms of thought process, but also in terms of the way things are done, and implementation of the rule of law.

Restoring the Rule of Law

The decision by the Darjeeling Municipality to ensure that all illegal constructions will be dismantled is a welcome move. They should do it across the board and not selectively. They should ensure that it’s not just the bich-galli ko hawkers who are made to follow the roles, but also the rich and the mighty who have constructed 7-8-9 storied buildings occupying prime land. They should also ensure that those who have extended their restaurants without due permission, those who are using JCBs without Environmental Impact Assessments (EIAs) are brought to book. Law should be the same for all, and that is only possible when the ruling political party head stops requesting leniency for one set of hawkers, while showing strictness for the others.

Law should be the same for all, and that is only possible when the ruling political party head stops requesting leniency for one set of hawkers, while showing strictness for the others.

This One Chance… Rise Above

Darjeeling town has this one chance for changing the way our town looks, behaves and functions, and we should not allow politicians with filthy agendas to politicize the renovation of our town and restoration of the rule of law that is being attempted to by the Darjeeling Municipality.

Imagine some people are openly demanding the removal of an elected Municipality Chairman, because apparently the Municipality Chairman threatened them with a fine of Rs 50000 for illegal occupation of public space, and also used “racist jabs”. Racism is wrong, but I am not sure if the Chairman actually used it.

I was horrified to hear the names of politicians one person was recalling who had assured him of absolute support for their demand for the removal of the Municipality Chairman. It is these politicians who are the true enemy of Darjeeling.

People will do well to remember those names.

We have this one chance at changing the fate and future of our once beautiful town. Let us not squander it. Let us all support Darjeeling Municipality in their efforts to bring a semblance of order in our town. Let us all rise above the narrow greed and support those who have been elected by the people, to take tough decisions if needs be