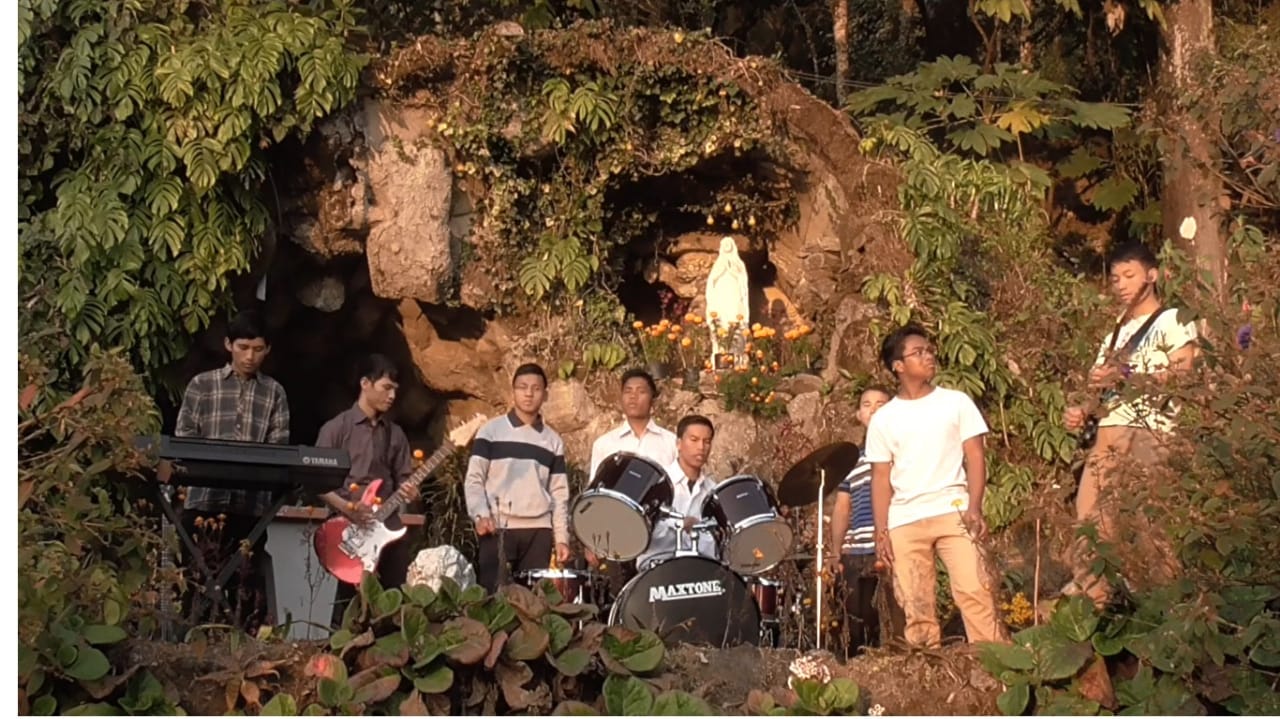 Seven groups are in the competition which this year consists of two parts, radio and television segments.

Among the church groups participating in the competition are EIC Church Mirik, Church of Jesus Christ Pacheng, and St Theresa’s parish Sonada.

“This year, besides certificates and cash prizes given through the generous sponsorship of Glenary Restaurant Darjeeling and Church Art Kolkata, we are also offering trophies to the winners,” says Radio Salesian Director Fr. C.M. Paul.

Program Coordinator at Radio Salesian RJ Samir Chhetri explains, “The carol competition consists of creating one original Nepali or English language Christmas Carol by a team of ten or less members including musicians.”

This year, the carol groups besides recording songs for Radio Salesian also performed for Salesian Television which has been anchored by RJ Bryan and RJ Samir and distributed to Darjeeling TV, as well as Hamro TV Kurseong, and Mirik Television.

The Carol Broadcasts and voting starts on Radio Salesian Facebook page from 3 pm on Saturday 22 December and top three carols getting highest number of likes will be declared winners.

SEE ALSO:  Bimal Requests People to Have Faith in Judiciary and to Maintain Peace
Powered by Inline Related Posts

The winners will be declared over Radio Salesian 90.8 FM on Wednesday 2nd January 2019. The same could be heard on Radio Salesian Google App ‘Listen2MyRadio’.

You can listen to the carols and vote for them, here: https://www.facebook.com/radiosalesian/