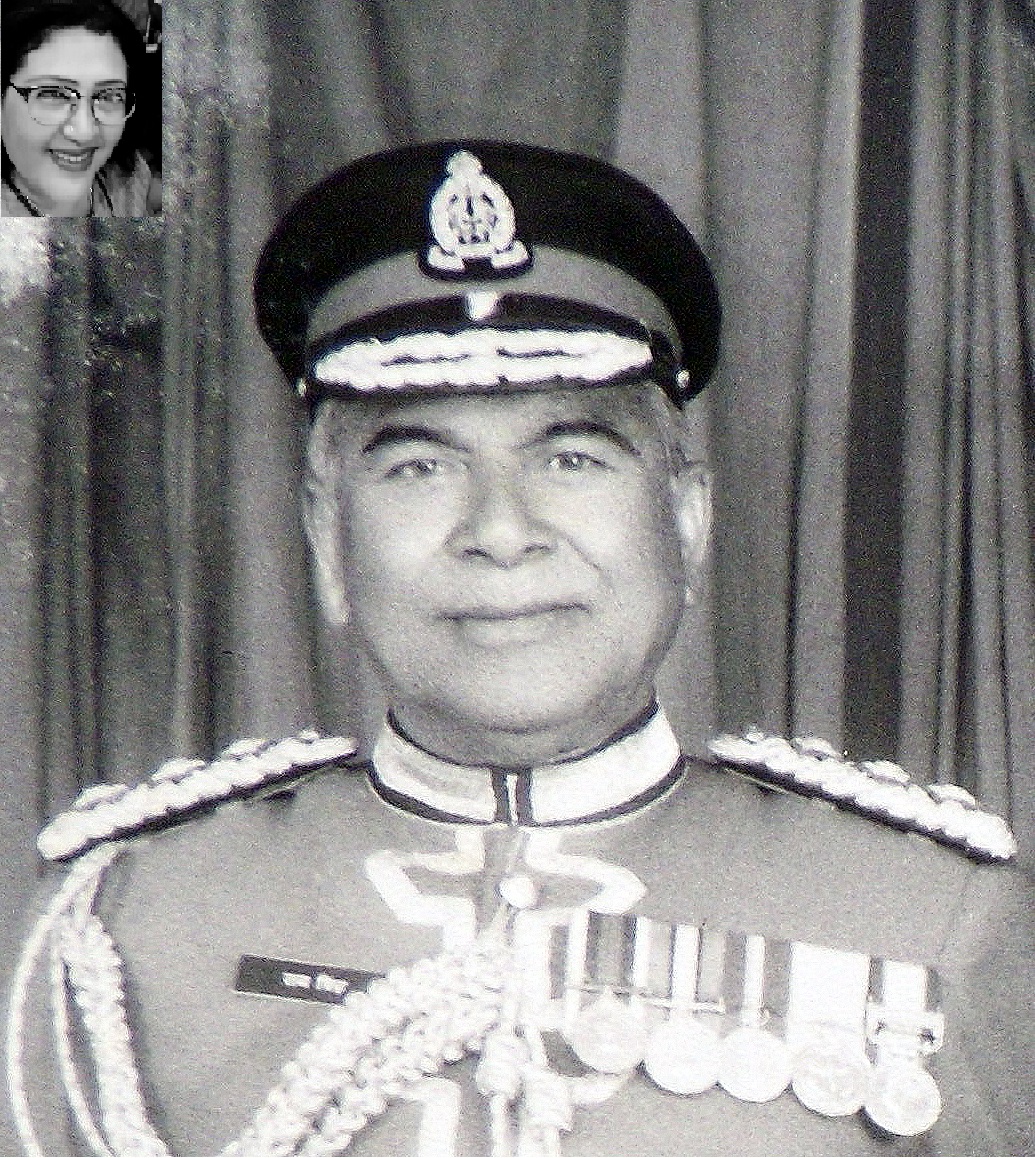 This profile of Capt. Ram Singh Thakuri was compiled by eminent Gorkha history writer Ms. Jyoti Thapa Mani, who meticulously curated this profile over the past 12 years, and used it to nominate him for Padma Vibhusan (2018). We are thankful to Ms. Thapa for allowing us to use publish this material on our platform. We also request all our readers to kindly share this article, so that it reaches everyone in India, and help us make them aware of the glorious Gorkha contribution to our nation building.

During his lifetime, ex 2/1 Gorkha Rifles, later INA Capt. Ram Singh Thakuri was denied national recognition for his musical contribution to Indian history. While his music stirred India to national pride, he remained an unsung hero until his demise in 2002. While India sang and played Kadam Kadam Badaye Jaye everywhere including at The Beating of the Retreat on the evening of Republic Day, the composer remain unacknowledged. His letters and pleas remained unanswered causing much anguish to a man whose passion for India was a lifelong obsession, the motivation for his sterling and eternal patriotic music.

The gauntlet for his quest for recognition was picked up the Indian Gorkha community soon after his death. We strove to spread awareness of this great Gorkha. On 15 August 2006, the Capt. Ram Singh Thakur Memorial Football Tournament was inaugurated in Dharamshala, the day being his birthday and Independence Day. Efforts of all from the local Gorkha and Gaddi community laid the foundation of a highly anticipated annual event under Retd. Capt Bhagwan Singh Gurung, the President of the Memorial Association.

From 15 to 25 April 2010, Dharamshala’s Kangra Museum of Art held the first ever Exhibition on the History and Culture of Himachal Gorkhas, Language and Culture Department, Himachal Pradesh. A resounding success, the exhibition received top media coverage, visited by members of the Government and most of all, Indian Gorkhas from Darjeeling Hills and Dehradun. Panels displaying INA Capt. Ram Singh Thakur received attention and created an unprecedented awareness all over. The Gorkha people of Sukna, Darjeeling Hills erected his statue of him with the road named after him. In 2017, at Khaniara village Dharamshala from where Ram Singh hailed, the government named a senior school, road and Bhavan in his name.

The Padma Vibhushan 2018: After about twelve years of efforts we were in a position to claim his long overdue national recognition in the field of music. With research and compilation for the nomination conducted by Gorkha History writer Jyoti Thapa Mani, the initiative was undertaken by Shri Ravinder Rana, President of the Himachal Punjab Gorkha Association, and Gorkha community including Capt. Bhagwan Singh Gurung, Shri Naveen Gurung, Shri Anil Gurung, Shivraj Thapa of Khaniara Village, Dharamshala.  Things come together at when the time is right. But it is essential to be prepared from before.

This year, the prestigious Padma Awards Committee has received 15,700 nominations. The government has laid stress on honouring the country’s Unsung Heroes, a great initiative of the Modi Government.

The nomination as compiled by Jyoti Thapa Mani went on such:

Very few are born to leave an impact to bind a nation with music for eternity. Late Capt. Ram Singh Thakur was one of those god-gifted ones whom India was fortunate to have in the right era.  When he was born on 15th August 1914 (coincidently the same day as Independence Day) to a Gorkha family in Khaniara village, Dharamshala, (HP), no one ever imagined that one day 1.34 billion Indians would remain united with his music of Jana Gana Mana, Kadam Kadam Badeya jaye and Sare Jahan Se achha.

Capt. Ram Singh’s entire life has been actively devoted to creating peace and patriotism through music in highly eventful phases—as a Gorkha soldier of the 2/1 Gorkha Rifles, as the Bandmaster of the INA and as the most active musician of Independence’s formative years and lastly as the Bandmaster of PAC (Provincial Armed Constabulary), Lucknow.

Fond of music and dance from early childhood, he was expected to become a soldier but he never compromised and pursued his passion for music. If music was the mainstay for thousands of INA members, the man behind it was Capt. Ram Singh. In 1943, his composition the tune for INAs Quami Tarana was first played to thunderous applause at the Cathay Building in Singapore.

Singer, Composer, Conductor and Musician, Capt. Ram Singh composed many rousing Patriotic songs, the mainstay for thousands of INA members. His music continues to be soul of Independent India.

1942-1945: Capt. Ram Singh created the music for the INA anthem “Shubh Sukh Chaina ke Barkha barse (Quami Tarana)” and wrote the lyrics and music for “Kadam Kadam badeya jaye”. He gave the exciting martial beat to Tagore’s Hymn, our national anthem today. His composition as pefrormed by Calcutta Youth Choir can be heard. He is the man whose ‘Kadam Kadam’ fills every Indian heart with pride and joy.

May 1946: Jawaharlal Nehru and Sardar Patelji suggested that Capt Ram Singh set up an orchestra of musicians (all from INA, e.g. Ganesh Bahadur, Gulab Singh Thapa, Avtar Singh, Ram Saran, Nar Bahadur Thapa) under the supervision of Col Rathuri, Col Sahgal and Col Ahmed. It was named as “All India INA Orchestra”. Patelji gave Rs 5000/-for instruments from Bombay and other expenses. They travelled around the country to light up national unity through patriotic music and songs with full gusto.

15 August 1947, Red Fort:  Capt. Ram Singh and the Orchestra played the Kaumi Tarana “Subh Sukh” at the flag hoisting occasion at Red Fort. Ram Singh played the tune on the violin presented by Netaji who had told him “You will play this violin at the Red Fort when India gets her Independence”. On 15th August 1947 when he played the stirring instrumental version of “Shubh Sukh Chaina ke Barkha barse (Quami Tarana of the INA)” on his violin at the Red Fort, the music added as is said in Hindi ‘Chaar Chand Laga diya’ to the historic occasion. In 1945 the British had declared Capt. Ram Singh’s composition “Kadam Kadam badeya jaye” as seditious, and banned its recording at the British Gramophone Company in Kolkata. Two weeks after Independence, on 29 August 1947 the ban was lifted (source: The Hindu, 20 Sept 2015).

1948: Capt. Ram Singh was appointed as DSP with the Provincial Arms Constabulary (PAC) band of Uttar Pradesh Police. On retirement in 1974, he was awarded the title of ‘Emeritus Musician’ and lifetime service, Govt. of UP.

1) “Till Netaji came to SE Asia, Vande Mataram was sung at all military and civil gatherings and could never be sung in a inspiring way as no one knew it correctly… Netaji called for a meeting and said he felt Jana Gana Mana would be more appropriate as the national anthem. Only two things had to be changed –the highly sanskriticised words had to be translated into simpler Hindustani and the tune should be martial and inspiring. A committee was set up and the results to be produced within a week. Capt. Ram Singh Thakur and his group were given the task of setting the music. Within a week they did and Netaji approved. The musical score was sent to Germany and transcribed by experts to be played by a full military orchestra. This proved to be an unforgettable composition of Ram Singh Thakur”. –Late INA Lt.Col. (Retd.) Lakshmi Sahgal. Nationally, Capt Ram Singh Thakur’s contribution to ‘Jana Gana Mana’, ‘Kadam Kadam Badeya jaye’ and ‘Sare Jahan Se Achha’ stand timeless in shining colours. After the disbandment of the INA, he continued enriching India with music for the rest of his life. 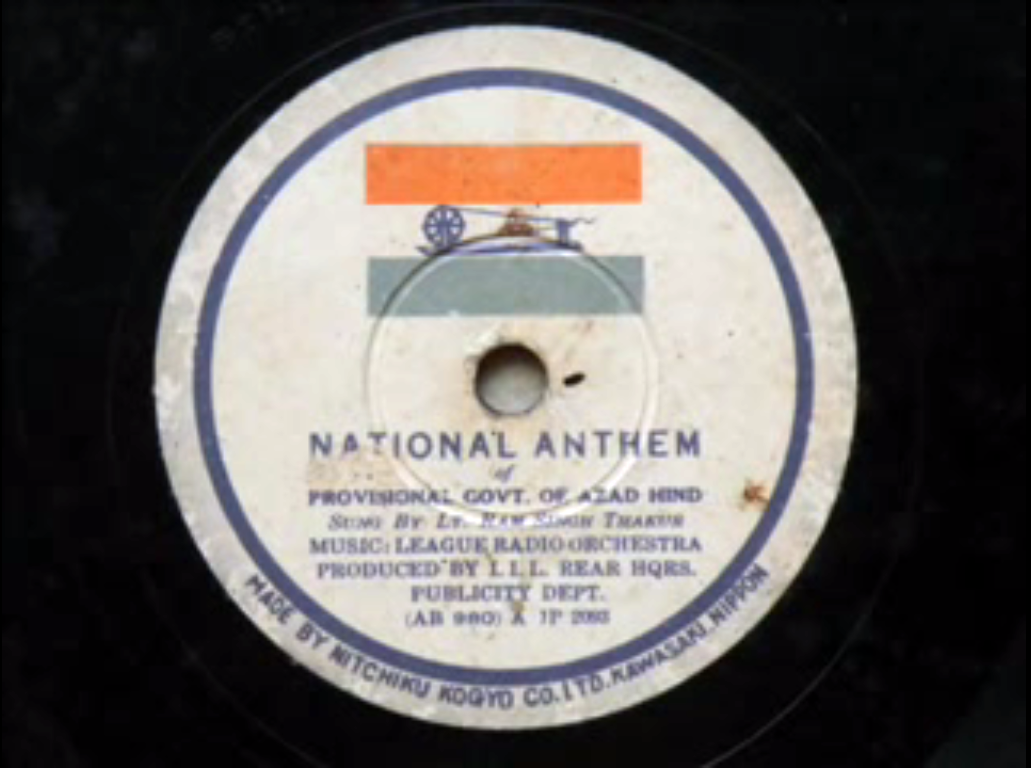 Capt. Ram Singh was a truly secular musician who performed all kinds of music with equal passion — Bhajans, Sufi music, Qawwalis, Gurbani, Christmas Carols and folk music, performing at any event whether it maybe at Sports/ Founders day/Children’s Day at schools and colleges. He and his band were always there. His forte ranged from Western to Indian music. He created revenue generation and goodwill by establishing the PAC – UP Police Brass -Pipe band. He also went on to provide music to late Bimal Roy’s film ‘Sipahi ka Sapana’. He turned down offers from Bollywood as his genre and interest was only patriotic music. His music has been credited in Shyam Benegal’s film “The Forgotten hero” and for ‘Kadam Kadam’ in the film “Raag Desh”. Capt. Ram Singh’s recordings with Doordarshan and All India Radio, Lucknow stands testimony to his extraordinary contributions. His recognition will also serve as a tribute to the Gorkhas of the INA for their part in India’s Freedom Struggle.

Capt. Ram Singh breath his last on 15 April 2002 and was cremated with State honours at Bhaisakund, UP. He is survived by sons, Ramesh and Uday Shankar Thakur. Putting rest to all controversies relating to his ethnicity, this Gorkha certificate confirms that Capt. Thakuri was a Gorkha