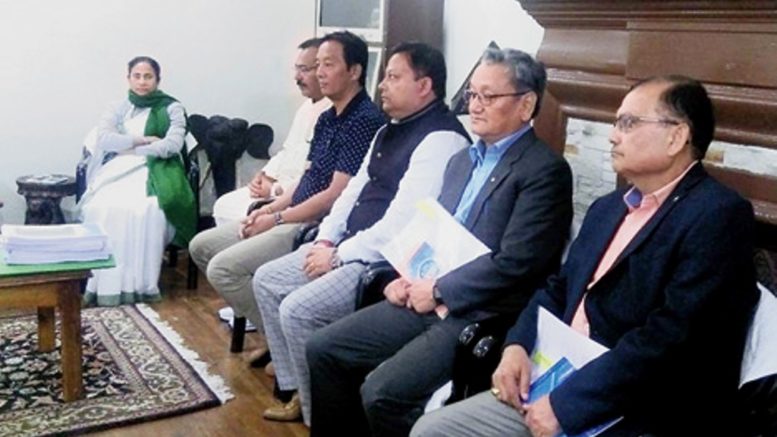 
Trinmool Congress Chief Mamata Banerjee has today announced that Mr. Amar Singh Rai, the current MLA from Darjeeling is going to contest the upcoming Lok Sabha election as its candidate.

Answering a follow up question, Ms. Banerjee said, “our cadres will work together right from booth level to the top. He will contest on our symbol, I am very happy.”

“He is a Bhoomiputra,” Mamata remarked.

Banerjee has announced that the besides West Bengal’s 42 Lok Sabha seats, TMC will fight the polls from 5 parliamentary seats in Jharkhand, 6 seats in Assam, 2 seats in Bihar and the lone seat in Andaman and Nicobar Islands. The party will also fight for 10 Assembly seats in Odisha.

The party will not contest in Uttar Pradesh, Madhya Pradesh, Rajasthan and Punjab, but will support regional parties, Banerjee has said.