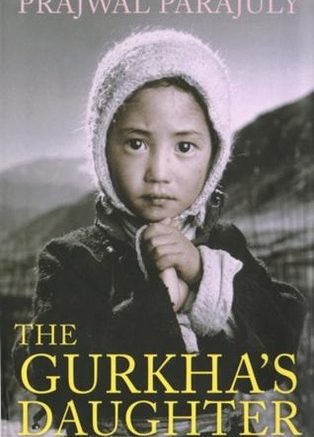 In September 2017, my friend Astha from Nepal came up to me and said “Aditiya, timilai ta etaako hoin bhanchha ta!”

She meant, people in India didn’t consider me a local.

Somebody had asked her why she seldom hung out with Indian students in the campus. To it, her retort apparently was that she hung out with me. However, this was cut short with the fact that I didn’t count, because I was a Nepali too.

“It’s alright,” was what I said in response to the observation that I didn’t count in my own country.

I had tried everything. Some days, I would go on a heated debate with people who opposed the Gorkhaland movement, not knowing my own position in it but being defensive about people who spoke the same language as I do. Sometimes, I drew a map and went through a spiel on the difference between ethnicity and nationality. It did not help that most people who opposed the demand for a separate Gorkha state thought it was the demand for a nation-state. I would frame arguments in my head about scattered diasporas across countries speaking the same language. Yet to no avail!

What trigged these thoughts in my mind was Prajwal Parajuly’s recent book The Gurkha’s Daughter. I had flinched at its appearance in the book, its familiarity rendering me clueless for the first few minutes. When it finally hit me, the literary representation of something I hadn’t been able to persevere through even on the ground was something I wasn’t ready to accept. The cover with its advertisement of “Shortlisted for Dylan Thomas Prize” started carrying more weight somehow. The idea of belonging and coming to terms with a cluttered identity is not a fun experience. While your friends elegantly utter “I am from Bombay,” you are always on edge with your constructions about how not to confuse people with your identity.

Parajuly efficiently blurs the ridiculous line of identity created by geographical mappings. The simple map before every one of the first seven stories in the book occupies three countries: India, Nepal and Bhutan. And yet the stories function effortlessly in their narration of a culture that is sprinkled all over a region that is geographically meant to divide. The book makes it clear that the umbrella of identity for the Nepali community extends beyond borders and hence does not confine itself to the geography of a nation-state. This is an opinion his book is loaded with, but what Parajuly really enthrals with is his juggling of these two identities in relation with each other. It is much easier to say “I am an Indian” or “I am a Nepali” than to unwillingly churn out “I am an Indian Nepali”. How can such distinct terms mix, and be in peace with each other? Parajuly’s characters are independent of the country they are set in. The identity they are supposed to carry i.e. Nepali is not a free category, either.

For what does it mean to be a Nepali in Nepal and a Nepali in Bhutan? Anamika Chhetri, from “No Land Is Her Land”gives us the answer perfectly. A refugee from the genocide against the Nepali-speaking community or the Lhotsampas from Bhutan, she lives with her two daughters and an old father in a refugee camp in Khudunabari refugee camp in Nepal. Is it homecoming? In fact, the answer is its exact opposite. Anamika’s heart stays with Bhutan, in happiness, in longing for home and even in disgust at the injustice it inflicts upon her. Her assimilation with Nepal is not as easy, as most people who have assumed identities for me and a thousand others might think.

What Parajuly captures so vividly is perhaps only available to the ones who have their battles with belonging. Born to a Nepali-speaking yet Indian father and a Nepalese mother, Parajuly has journeyed from Sikkim to the USA and England for his studies. Like hundred thousands who make this journey every year, with their introductions in head, the crisp expression of an Indian-Nepali identity is a privilege that evades even the most eloquent.

The story of the Nepali diaspora spread all over the world is a story of fragile identities. Prajwal’s stories capture this volatility with a unique sensitivity, perhaps from the fact that he has seen the share of their turbulence closely as a member himself. However, the flair with which the book boasts of intricacy is not something that is just a result of Parajuly’s identity and the prestigious education at Oxford. In fact, tired of the job he took up at “The Village Voice”for three years, until he returned home and travelled some length of the country, as the nuance in his writing makes clear.

Dealing with such a delicate identity is no easy task, with the scope of dramatization laying vast. Parajuly, however, evades that landmine very well. Taking up the project of representing a diaspora nobody has virtually raised  any concerns for, the dramatic genocide of Lhotsampas as a story could very well be crafted full of extremes. This is what Parajuly avoids. His characters in “No Land is Her Land” for example, cannot be free of harrowing atrocities meted out to them, making it a slippery slope while taking it up as a writing project. He, however, limits the ordeals of talking about the genocide itself to a few spaces, and instead focuses on her battle with the everyday life after her exile from Bhutan. The story works gracefully around being an expression for a multitude of themes: female desire, coping with exodus, domestic violence, alienation, and finally anxiety of hope. Parajuly incorporates it all within the scope of a few pages and his art is crafty enough for the story to be left at a signal, just like all the stories in the book. The stories around the India-Bhutan-Nepal triangle have no resolution presented on the reader’s face. In fact, Parajuly leaves the story exactly where the conflict begins, but his stories stand strong, which can be attributed to the skilful world building that spreads throughout the story.

There is nothing dramatic in Parajuly’s capture of stories from a diaspora that finds itself questioning its own place. The people in his stories are very much a part of the larger structure they participate in: village, town, city, state or country. None of the affiliations are missed; everything is ticked for and from the exoticisation of a community that is very often at the receiving end of words like “Chinese” “Momowaala” and “Security Guard”.

SEE ALSO:  As the Offending Letter is Removed: We Thank Our Readers and Darjeeling Dist Admin
Powered by Inline Related Posts

‘The wife’as Parajuly calls the mother of Rakesh and Co from “Passing Fancy” carries the same anxieties as any other mother worries about her living children. An unemployed engineer whose relatives nudge him about his poverty delicately, Rakesh in “Missed Blessing”is any one of the country’s frustrated youths dealing with society. In fact, Parajuly doesn’t leave it at that; he points his fingers at the social system subtly pervaded by caste system.

“A Father’s Journey” is the story of a father letting go of his caste prejudices with determination, yet finding his daughter being the one pulled into it because of her mother. The reading of caste and consequences occur between the lines, subtle yet haunting in its reluctance to get eradicated. This is more impressive considering Parajuly’s own privilege of being a Brahmin and also affording education at Oxford.

Prajwal’s dealings with the everyday life of India, Nepal, Bhutan and Amit’s apartment in Manhattan (from The Immigrants) colours a linguistic diaspora and webs of intersectionality between its own sub-divisions. The heartbreak of child labour in Nepal, a Bhutanese woman’s desire and the perils of being a daughter of a mercenary in the British Army are all stories that find themselves lingering among the Nepali diaspora, irrespective of nationality. As Amit, a Manhattan IT engineer from “The Immigrants” says, : “I drew a map and went through a spiel on the difference between ethnicity and nationality.”

And for the stories set in India, they are ordinary and interchangeable with many conflicts that linger anywhere in the country, almost as if to say “Hey! Look we are as miserable as you. Are we Indians now?”

[Aditiya Thapa is a student of English Literature and Journalism at Ashoka University, Delhi. He loves reading and exploring the complexities of identity and conflict. He also takes interest in writing and translating.]

The article was first published on The Gorkha Times.