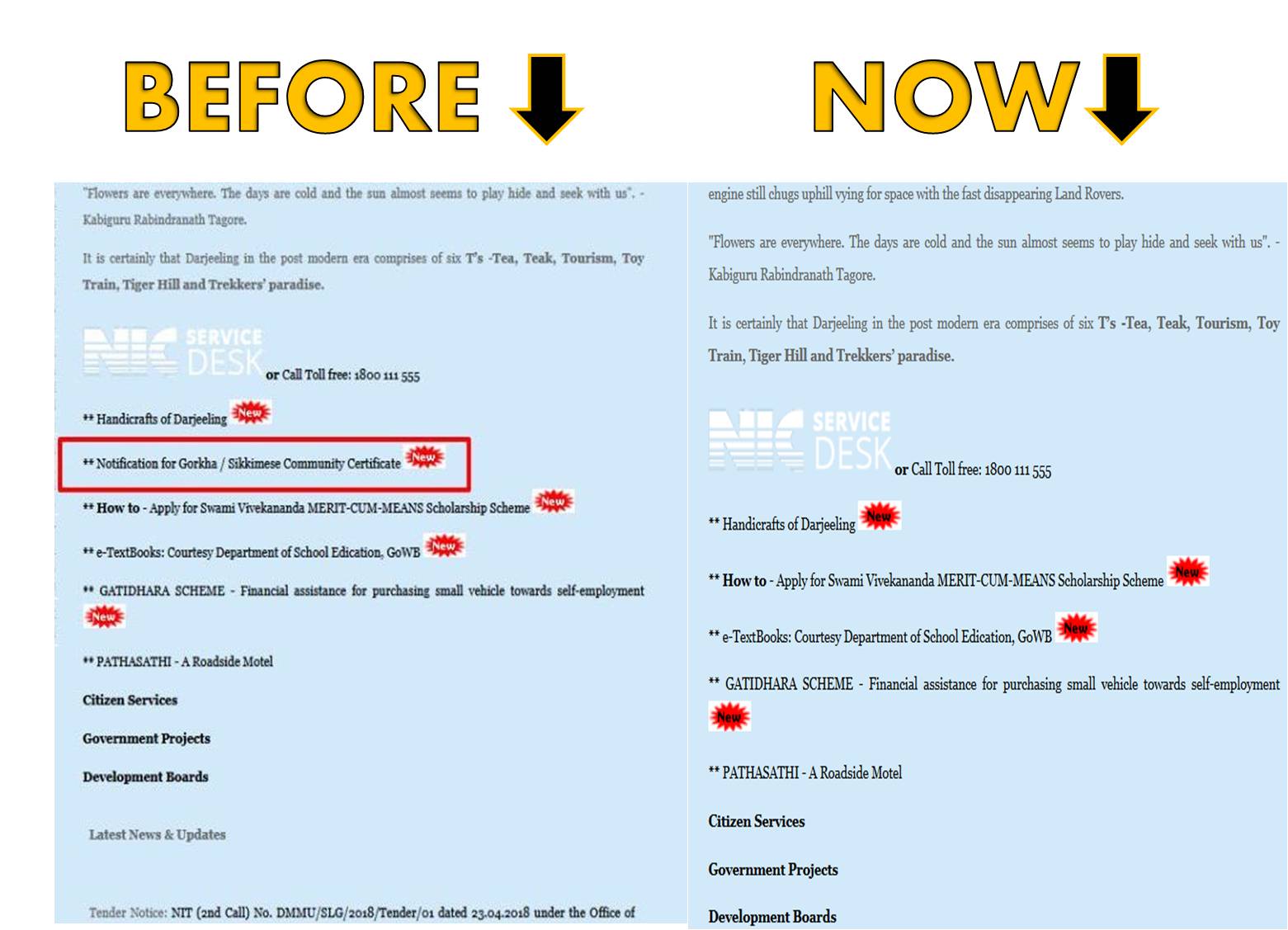 The malicious letter served no purpose, other than perhaps exposing the narrative that the administration is trying to perpetuate. As an administrative unit, bureaucracy and bureaucrats have been accorded an unenviable position. More often than not, bureaucrats are forced to toe the line of the ruling party, and bureaucrats are made to do their bidding. An absolutely objective and unbiased bureaucracy, as envisioned by our founding fathers is difficult to find anywhere in India, so we understand the compulsions and constraints that bureaucrats and law enforcement agencies face in West Bengal. Even if being absolutely unbiased may not be possible, a sincere effort at attempting to be so, will go a long way in restoring the faith of the people on the system. We are thanking the District Administration for doing the right thing in removing the offending letter, and we sinecrely hope such malicious contents will not be allowed to be posted through official sites. If anyone in the district or state administration is desirous of sharing such contents, they can do so at a personal level, and post the same through personal sites and social media accounts. Let the government sites and accounts not be used for spreading fabricated histories.
We once again thank Ms. Urvashi Lama and Mr. Avinash Bhujel for being vigilant and vocal, and for helping us make our people aware.
In the greater course of things, this is just a small course correction for the administration, but like everything else, well begun is half done. As the poem goes, “little drops of water and little grains of sand… make the mighty ocean, and a pleasant land”… let us all strive to help make these smaller changes, all of these will eventually add up to changing the course of history in due course of time.
Thank you, dear readers, for in our times of doubt – all of you never fail to inspire.

Be the first to comment on "As the Offending Letter is Removed: We Thank Our Readers and Darjeeling Dist Admin"