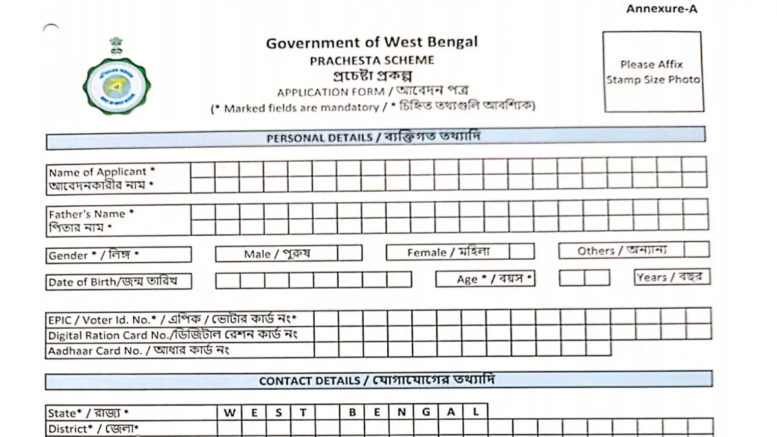 
When West Bengal government initiated Prachesta Scheme amidst much fanfare, there was hope among people from across the state, that those workers who were struggling to make ends meet, would at least get Rs 1000 as financial support from the government.

So when, West Bengal government announced Rs. 1000 to be deposited under Prachesta Scheme, workers from West Bengal stranded outside and in the state too felt they would get some support finally.

But, as the data we have accessed, the North South divide in number of beneficiaries is so stark that it exhibits the absolute failure of the state machinery in reaching out to the people in the north. We are not sure, if this is due to lack of initiative on the part of respective District administrations or Gorkhaland Territorial Administration to communicate the State Govt scheme well with the people.

Here are the list of applicants, and approved beneficiaries as of 29th of May, 2020.

In the District Wise list of Bottom 4 i.e the Least Number of Applications submitted are unsurprisingly Darjeeling, Kalimpong and Alipurduars

In the District Wise list of Top 3 i.e the Least Number of Applications submitted are Murshidabad, North 24 Parganas, Maldah

It is evident that the four northern most districts of North Bengal – Kalimpong, Darjeeling, Alipurduars and Jalpaiguri where majority of the people are deprived for generations, continue to remain so, even in the days of Digital India.

Who do we blame for this?

Blaming only the politicians would absolve everyone else, including the bureaucrats and those of our people working for the Government, of failing to inform the people.

We hope this will help wake up our Youths too, who can actually take it upon themselves to inform the people of their rights.

Be the first to comment on "West Bengal Prachesta Scheme – 5 Applied From Kalimpong District, Only 2 Verified – 1 Application Rejected, 0 Approved"