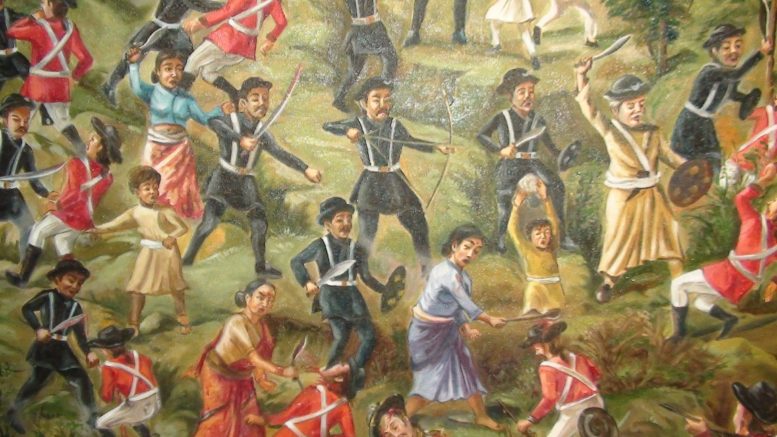 
“Until the lions write their own story, the history of the hunt will always glorify the hunter,” goes an old African proverb.

Absolutely clueless about the History of Darjeeling hills, Terai and Dooars on August 17, West Bengal tourism minister Gautam Deb addressed a press conference at Mirik in Darjeeling. Exuding his obvious concern for the Gorkhas and the National Register of Citizens (NRC) issue, he said, “If NRC is implemented in the Darjeeling hills, the hills will become empty, out of 15 Lakh people there will be no one to live there. Most Gorkha brothers and sisters and senior citizens they will be driven out from Darjeeling hills, both Darjeeling and Kalimpong, including Kurseong and this Mirik [sic].”

In doing so, he opened a can of political worms, which has haunted the Gorkhas ever since Independence. Indirectly, Deb claimed that if NRC is implemented then almost all Darjeeling Hill residents will be forced to leave the hills. The minister perhaps thinks or believes that the Gorkhas here are ‘outsiders.’ This notion of Gorkhas being ‘outsiders’ is also very prevalent among those who are clueless about the history of our region.

I am taking this as a perfect opportunity to educate Deb and those who are clueless about Gorkha history in Darjeeling hills, Terai and Dooars. History teaches us is that this region was never a part of West Bengal.

Here are the basic truths:

History of Darjeeling hills, Terai and Dooars shows that this region was never a part of the Indian mainland, but rather, it was a hotly contested geographical area between the three traditional kingdoms of Sikkim, Bhutan, Tibet and Nepal. There were local clans like the Limbus, Lepchas, Rajbanshis, Rai, Mangar and many others who lived here before the British came.

The year 1642 holds an important place in the history of the region, as it was the year when the first Chogyal (ruler/king) of Sikkim, Phuntshog Namgyal, was enthroned and the Kingdom of Sikkim as we knew it till 1975 was established.

But the establishment of a Bhutia kingdom towards the east did not sit well with the ethnic Mangars and Limbus of the present day, leading to multiple wars that broke with the newly established kingdom.

SEE ALSO:  STRANGER IN MY OWN LAND
Powered by Inline Related Posts

The king — Phuntshog Namgyal — realising that it would be difficult for a newly formed kingdom to sustain a prolonged war, sought for, and won truce with the ethnic tribes of the region, which led to the signing of a pact called Lho-Mon-Tsong-sum (lho-Bhutias, Men-Lepchas, Tsong-Limbus, and sum-three), thus laying the foundation for the Bhutia-Lepcha-Limbu trinity in Sikkim.

What’s most significant to note here is that the Limbus, Lepchas and the Mangars, who now constitute a large part of the “Gorkhali” population living in the region even before the formation of the Kingdom of Sikkim.

1777: Gorkhas take control of the region

The next important year in the history of the region was 1707. By then Bhutan had already conquered and retreated from most of the kingdom of Sikkim, other than the lands to the east of river Teesta – what we today know as Kalimpong.

By the year 1750, the Gorkhalis in the west had become emboldened and they had started to attack the kingdom of Sikkim with impunity and in 1777 they had appropriated the Kingdom of Sikkim, which forced the then Chogyal Tenzing Namgyal to flee from his capital Rabdentse to Lhasa where he eventually died in 1780.

The Chogyal’s son tried to regain his kingdom with the help from his Tibetan supporters but was defeated, subsequent wars led to the ruining of the capital of ancient Sikkim – Rabdentse and the ruins of which can still be seen near Pelling in Sikkim.

The British takeover of Darjeeling

The year 1816 is yet another important date in its history. It was the year in which following a long series of battles, the Gorkhalis lost Kumaon, Garhwal and Sikkim (which included Darjeeling) and most of the Terai region to the British through the Treaty of Sagauli.

The British in turn handed the reins of Sikkim once again to the Chogyal but with some conditions, which in particular included a clause, which would give the British the right to interfere in the affairs of the Kingdom of Sikkim, thus a treaty to that effect was signed by both the parties and that treaty is today known as the Treaty of Titaliya – 1817.

One of the significant outcomes of this treaty for Darjeeling is that the Chogyal of Sikkim allowed the British to use the area known as Darjeeling as a sanatorium in the year 1835.

Even though the Chogyal had only allowed the British to use the areas in and around what is today Darjeeling town, the British took the lands to the west of Teesta and the east of Mechi – the present-day Darjeeling region for their use in return for a nominal tribute (Rs 3,000 per annum) to be paid by the British.

By the year 1866, the British had annexed the present day of Kalimpong and Dooars from Bhutan following the defeat of Bhutan in the Anglo-Bhutan war of 1865. They then added this newly annexed area to the existing Darjeeling region and formed a formal district.

Given the fact that this new area was unlike any other, the British designated the area as a “non-regulation area”, which meant that any act or regulation passed in the rest of India, would not come into force in the Darjeeling region unless they were specially extended to it. In 1919, the Government of India Act formed the Legislative Council. Darjeeling was not required to send any member to it. The district was excluded and declared a backward tract and the administration was under the governor-in-council.

The people of Darjeeling, Dooars and Terai region are predominantly ethnic Gorkhalis, who do not share any linguistic, cultural or traditional affinity to the rest of Bengal. This has resulted in a large-scale deprivation of ethnic local communities such as the Gorkhalis, Rajbanshis, Toto, Meche.

CPI (M) after coming to power in 1979 institutionalised the practice of importing ‘vote bank’ from Bangladesh, which in turn allowed them to rule over Bengal for over 34 years. TMC has also continued with this practice, today leading to people like Gautam Deb, who by his own admission, comes from a ‘refugee family’, to claim the hills will be empty if NRC is implemented.

Following the comment by Deb, there was widespread outrage in the hills, but could there be a grain of truth hidden in his statement?

After the NRC fiasco exploded in Assam, people from all walks of life have rushed to check their documents and get their papers in order. But those who went to the district magistrate’s office in Darjeeling to get a copy of the electoral roll were told that the DM office doesn’t have any electoral records prior to 1999. Apparently, people will now have to travel to West Bengal State Archives in Kolkata to get a hold of the older copies of voters roll.

It is a hassle as well as harassment.

Will, the Gorkhas, overcome this malice? Of course, we will. History of Darjeeling shows, we always have.