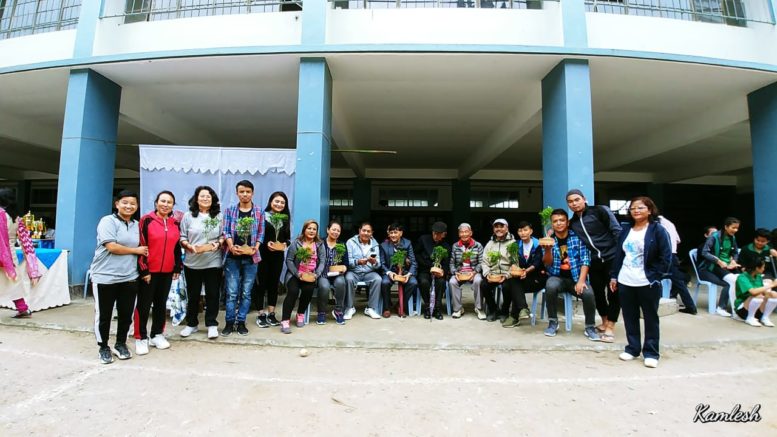 The objective of the event was to provide a platform for the young talents who show great potential for the game so that they are provided with an opportunity to participate at various state and national levels tournaments.

What set the day apart was the conscientious effort on the part of the Association to adhere to the Zero Waste Policy. The participating teams were asked to carry their own water bottles, plates and spoons. The guests were gifted potted plants to promote the message of ‘go green’ and thereby curtailing the use of plastic at all levels. Students participating in the event were made aware of environmental responsibility through a medium close to their hearts.

In the boy’s event, Darjeeling Montessori House of Children won over Ghoom boys. Vidhya Jyoti Academy, Bijanbari were the second runner up.

In the girl’s event, St.Teresa “A ” Team emerged as the winner and Nepali Girls High School as Runner up and St.Teresa “B” as second runners up.

The inspiration did not end until the closure of the day with St. Teresa’s Girls’ Higher Secondary School and Darjeeling Montessori House of Children cleaning up the area.