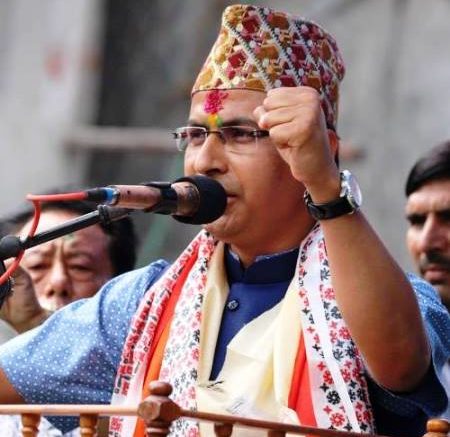 
Darjeeling MP Raju Bista on Friday wanted to know from Union minister for Jal shakti Gajendra Singh Shekhawat what considerations have been made by his ministry regarding the cascading effects of dams on river Teesta.

Raju Bista highlighted the issues of how the construction of dams in the mountains varies from the ones built in the plains. He said in Lok Sabha, “Darjeeling, Terai and Dooars region fall under seismic zone 4, but during the Congress government, approval was given to build 27 dams in the region. Out of which, 4 have already been constructed on river Teesta.”

He further added, “I want to inform you that dams built in the hills carry a higher risk than the dams constructed in the plains, if one dam breaks at the top, it can wash away all other dams, and poses a grave danger to human lives. So I want to ask the minister what are his thoughts on the dams on Teesta river, and people who have suffered due to all those dams that have been constructed till now, haven’t received full compensation. Is the government doing anything in this regard?”