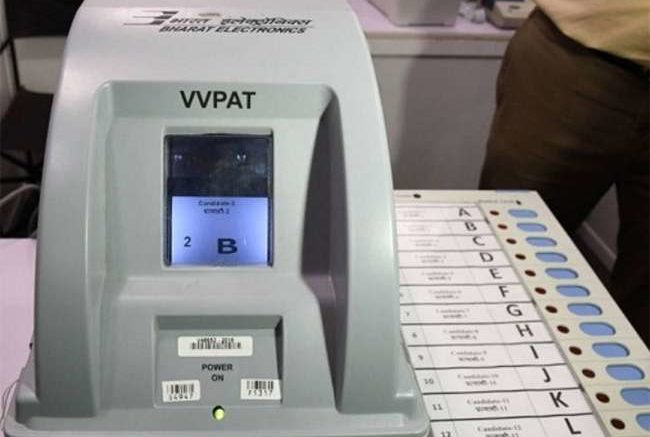 
Elections being the largest Democratic exercise in our country, steps should be taken to ensure that elections become free and fair and that people are not lured or subjected to any type of force, fraud, allurement or inducement that would sway or dent their free conscience to vote.

Following are a set of 10 reforms measures that could be taken into consideration by the Election Commission of India and the Central Government to ensure public faith ant-trust is reposed in this largest democratic exercise.

This is perhaps the greatest concern in our country where more and more people with criminal background are entering the political arena not for public service but to mint money and further their vested interest.

For preventing persons having criminal antecedents from becoming legislators, Representation of Peoples Act has to be amended and provisions should be included for disqualifying from contesting elections any person against whom criminal charges have been FRAMED by a competent court for an offence punishable by imprisonment of 5 years or more.

Under the existing law ( section 8 of RP act 1951) there is disqualification only once a person is CONVICTED and sentenced to imprisonment for 2 years or more. The fact that court cases in India take ages to reach its logical conclusion, to wait for conviction of an alleged offender makes no sense at all, henceforth disqualification should attract immediately, the moment charges are framed by a competent court and not wait for a conviction.

Amendments should also be made to ensure that candidates in Judicial or police custody are debarred from contesting elections.

Income tax exemption for donations should be given only for those political parties which contest elections and win seats in the parliament and state legislatures and not to all parties.

A bill was introduced in the Lok Sabha in 1994 {RP (second amendment ) Bill 1994}, whereby an amendment was proposed providing for provision to question before a High Court, acts of misuse of religion by political parties. The bill lapsed on the dissolution of the Lok Sabha in 1996. It would a good idea to reconsider that bill. Seeking of votes by people contesting elections, on grounds of Religion should also be made a “corrupt practice” under section 123 of Representation of Peoples Act 1951 so that elections become purely secular free from the vices of religion.

On the Issue of Paid News

An amendment in the Representation of People’s act 1951, should be made to provide therein that publishing and abetting the publishing of paid news for furthering the prospect of election of any candidate or for prejudicially affecting the prospect of elections of any candidate be made an electoral offence under chapter 3 of part 7 of RP act,1951.

Electoral Offenses to be made more Stringent

Undue influence and bribery at elections are electoral offences under section 171B n 171C of the IPC, however, these offences are non-cognizable with punishment provision of just one-year imprisonment, or fine or both.

SEE ALSO:  The Game of Throwns: Making Sense of the Clusterf**k that is Darjeeling MLA Elections
Powered by Inline Related Posts

Under section 171G, publishing a false statement in connection with the election is punishable with a fine only.

Section 171H provides that incurring or authorizing the expenditure for promoting the election prospects of a candidate is an offence. However, punishment under this section is a meagre fine of Rs500/

Considering the gravity of these offences under the aforesaid sections in the context of free and fair elections, the punishment under all 4 sections must be enhanced and made cognizable.

For 6 months prior to the date of expiry of the term of the House, there should be a ban on advertisements on achievements of the Government.

There should also be a ban on advertisements for Notifications for Government jobs, 6 months prior to the date of expiry of the term of the house.

On Campaigning and Opinion Polls during the Elections

Section 126 of RP Act,1951, prohibits electioneering activities by way of public meetings, public performance, procession, advertisement through cinematography, television or similar apparatus during the period of 48 hours before the time fixed for conclusion of poll. However, this section does not include PRINT MEDIA. Section 126 should be amended and should apply equally to the print media also.

House to house visits by candidates should also specifically prohibited during the said period of 48 hours.

Section 125A of RP Act 1951, provides that furnishing false information in the affidavit filed by the candidate is an offence punishable by imprisonment up to 6 months or with fine. There is no clear provision for follow up action in the event of candidates filing false affidavits. There are several complaints of False statements in affidavits, false statements mislead the electors.

In order to curb this, section 125A should be amended to provide that any complaint regarding false statement in the affidavit filed by the candidates in connection with the nomination papers shall be filed before the returning officer ( RO) concerned within a period of 30 days from the date of declaration of the election and it shall be the responsibility of RO to take proper followup action . Alternatively, a complaint can lie directly to the magistrate court.

Leaving a field blank In an affidavit has usually become a trend, to avoid furnishing of unpalatable information by the candidates, such should also be deemed as furnishing false information under section 125A of the RP Act.

On election petition for defeated candidates

On transfer of election officers

In the case of a general election, there should be a ban against transferring any election-related officer without the concurrence of the Commission for a period of 6 months prior to the expiry of the term of the house.

The Game of Throwns: Making Sense of the Clusterf**k that is Darjeeling MLA Elections

Be the first to comment on "Ensuring Free and Fair Elections: A Sine Qua Non for Modern Democracy"