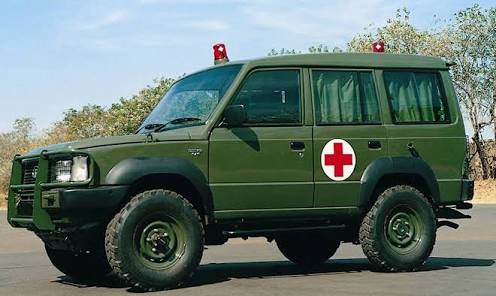 “Through this platform, I want to share my story with everyone. Story about how my family and I stand utterly disgusted by the unruly behaviour of a lady army personal in military base hospital Bengdubi.

My father, who is an ex-army man, has been suffering from diabetes from the past 14 years, today told me that never in these many years had he ever felt this disgusted over any Army personal. He said it with teary eyes and shock-stricken voice, after which I asked about the entire story to my mom.

The night of the day before yesterday, we got a call that my father, who was staying at our home in Darjeeling to look after the cardamom work for over 2 months, was seriously ill. His legs and stomach had swollen up.
Without any delay, he was rushed to kalimpong hospital. After a brief check up yesterday the doctor observed that his heart had swollen up and infection had started intruding his kidney, For the treatment of the same, he had to be admitted in hospital for proper care.

As we were here in Siliguri, we decided to bring him down and visit the army hospital, as we have got the benefit of free medical treatment up to some amount. Thinking so, we brought him down today and he was taken to military base hospital Bengdubi.

I couldn’t adjust with the schedule as I had to go for work, so my mom and other family members went there.

So now as per my mom and father’s narration, as soon as they entered the hospital, they enquired about the proceedings. They were directed to meet one lady who was probably the designated Medical Officer. To their shock, the lady behaved in a rude and unruly way. She was arrogant and inconsiderate right from the beginning.

After that, the lady took out her mobile phone and took photos of my family members saying she would report this issue for sure.

After that my father was taken to private nursing home in Siliguri. In between I joined them directly from my work.

My father was shocked and in disbelief that how could a lady officer can treat a sick person like that.

On one hand the armed professionals do so much for the country, and on other hand, these so called officers, who are extremely unprofessional, are not leaving any chance to stain their image.

My father has been diagnosed of a chance of having cancer which we haven’t disclosed to him. But the thing is that, God forbid, if the reports come positive my father would never agree to go back to same hospital just because of that lady.

Disclaimer: This is a letter to the editor published in its entirety. TheDC team has not been able to reach out to the base hospital for its comment on the matter.

2 Comments on "My Ex-Army Father Was Left in Tears"