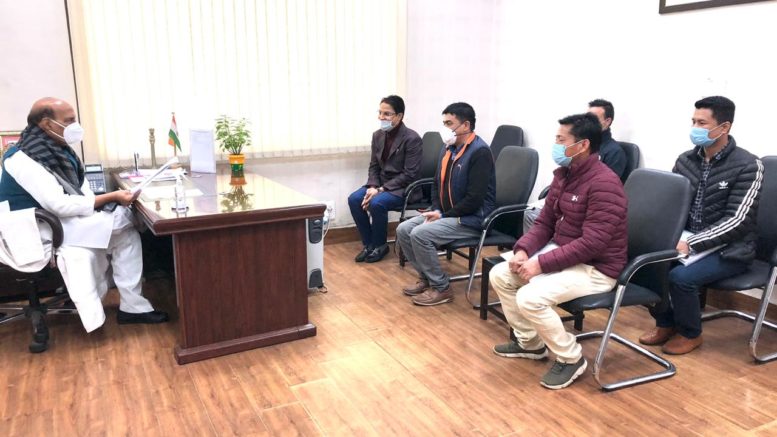 A delegation from Vijaynagar, Arunachal Pradesh, accompanied by Darjeeling MP Raju Bista met with the Union Defence Minister , Rajnath Singh today in connection with the recent incidents of violence and eviction threat issued to Ex-Army families living in the area. The delegation had met with Darjeeling MP Raju Bista yesterday, and had requested for his intervention.

Recently, there was a series of violence and arson in Vijaynagar, wherein a 500-odd strong mob, allegedly armed with weapons burnt down government buildings including the Extra Assistant Commissioner’s (EAC) office, Strategic Office, post-office, and also ransacked the local police station. The families and descendants of the ex-army families were also threatened of eviction by Yobin Students Union.

Here, it must be noted that during the 1960s, many retired and ex-army personnel of Assam Rifles, mostly belonging to the Gorkha community were sent by the Government of India to settle down in the easternmost frontiers of Vijaynagar. This region holds critical strategic importance from India’s national security perspective.

Speaking to TheDC, a member of the delegation said “the Hon’ble Defence Minister gave a patient hearing to our plights and said that he will speak with the State Government regarding the issue. The Minister also assured us that all measures will be taken up for ensuring the protection and safety of the Ex-Army families living in the area.”

The delegation also submitted a copy of their with Darjeeling MLA, Neeraj Tamang Zimba who is currently in Delhi. 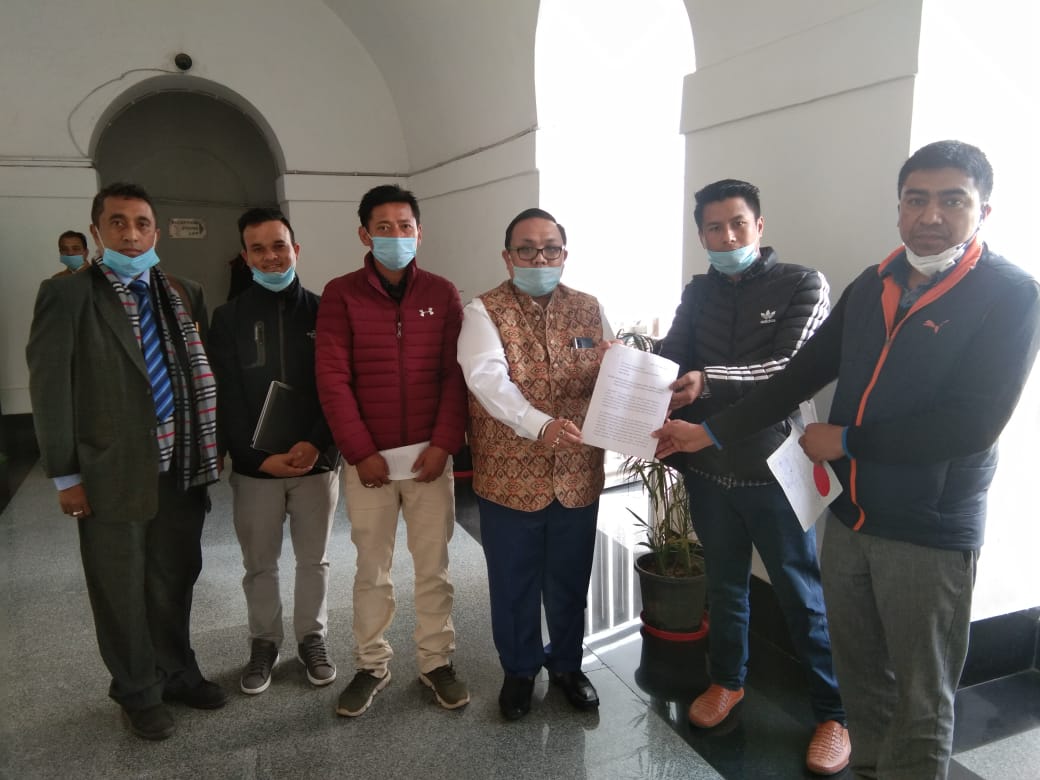 “Presently, we are also consulting with lawyers and preparing to file a petition with the Supreme Court for intervention. We are exploring all options to ensure that our families are protected and safeguarded in the long run as the matter not only pertains to our individual lives, but the security of the nation in long run. It must be noted that our grandfathers did not come here by choice, but following the orders of the Government of India. We have contributed to the development of this uninhabited land so that it could be part of India. But today, once our utility is over, we are being asked to evict and go away. This is injustice to us” said a member of the delegation.