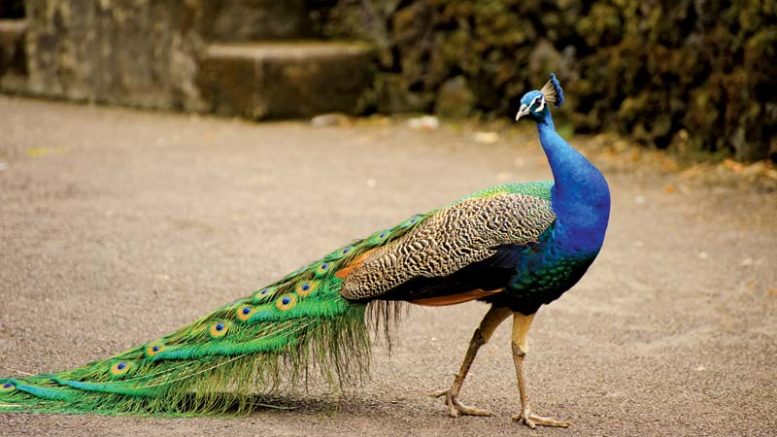 
It was perhaps a more than a decade ago, few peacocks appeared on the forest around Suntalay Busty, about 4km from Bijanbari Bazar. The villagers were first amazed and excited to see such a nice and huge creature, dancing and roaming on the free paddy fields, its loud echoing sound filled the fresh air.

Every individual had just a phrase ‘mujur baseko gaw lakchin ko huncha’ but we were unknown of the other phrase ”Everything has a limitation”, very soon the bird multiplied in numbers. Nobody can deny the fact that increasing population needs more food and space. Living in an agricultural country, farming is the main occupation of the people of this locality and very soon these beautiful creatures turned ugly invader.

Being giant-sized and only feeding on grains, seeds and small insects, the birds started to feed on the crops of the farmers. No crops from the surrounding area could escape from its beak (paddy, maize, chilli, beans on sapling stage, pulses etc). As it has got wings no preventive measures can be taken apart from making scarecrows, it’s not that a farmer can guide his crop 24×7.

Today, there are minimum 3 dozens of peacocks freely roaming and destroying the livelihood of the entire locality, the problem has got so serious that some farmers have quitted cultivating and chosen labourer work for livelihood, the said authorities have done nothing about the matter and the poor villagers can’t even think of killing the bird, being illegal and having religious sentiments…

Writes: Sumiran Chettri. He is an MSc Botany student from Darjeeling Government College, and a resident of Suntalay busty, Bijanbari, Darjeeling

Bashu Rai and his Fight against Drug Addiction

Be the first to comment on "National Pride, Most Beautiful of all Birds, Who doesn’t like Peacocks?"