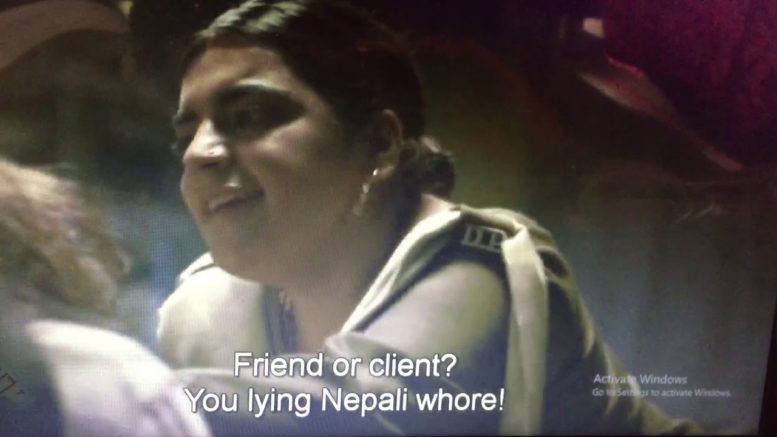 Most people are outraging over this 10-second clip and outraging


“Paatal Lok” – before I start to write anything, I should first put a disclaimer – I know that my opinion is going to be against the opinion of the majority of the people on this issue, but then I thought I would put this forward anyway. I have often been told that at certain times, having an opinion is important, even if may not coincide with the idea that prevails in the mainstream. So, I am not calling the opinions contrary to mine wrong here, but just trying to find a small space of thought for my opinion in the matter that has gained a lot of attention in the past few days.

Recently, a 10-second video clip of a series called “Paatal Lok” had gone viral where a lady police personnel is seen to be passing on a very derogatory slur to a character in the series with mongoloid features. It instantly started spreading like wildfire and I started receiving several messages of protest and petitions against the producer and director of the series. I asked most who had sent me the clip, if they had themselves watched the series? They replied they hadn’t.

Then I started discussing the topic with a few of those friends who had actually seen the series. Surprisingly, they had something else to say about it.

I did feel outraged and violated as anyone else would, after watching the clip, but then I also thought it wasn’t worth of outraging by following the opinions of others about anything, without oneself knowing the entire issue. After all, the clip could have a thousand different interpretations based on the context, and so I decided to watch the series myself.

The series indeed lives beyond the spectrum of understanding through a 10-second clip and has layers of messages deeply woven around the strings of violence and abuse. As I have always been vocal about racial discrimination on more than a few occasions, I felt obligated to share my views on it.

The rise of violence and abuse as a part of original and raw content:
We are right now living in an era where the conventional drama and glamour of typical Bollywood movies are slowly losing popularity. Movies like Gangs of Wasseypur brought about a revolution in Indian film-making and the demand for raw, original and authentic content started rising, which is now at its peak. Violence, abuse, sex, nudity sell like anything as integral part of the series and movies. It is us who demand and look forward to watching such contents where the raw and harsh realities are presented to us – where the Police officers aren’t seen to be like Marvel heroes, but like actual professionals who feel fear, anxiety, pressure, anger and frustration, where they are humans who curse and swear.

The filmmakers try their best to make their contents as real and as intense as possible, also at the same time weaving subtle messages around the scenes. The colloquial conversations say more than what is actually being said. The scenes of violence and abuse too speak volumes. So, the scene could just be an attempt on the side of the filmmaker to deliver us strong and powerful content. It could be an unnoticed blunder in an otherwise perfect series, or maybe an intentional feed to depict the harsh realities of the ground. That may be a point to ponder about. What should also be thought about is that we talk about freedom of art and expression, we demand original content on one hand but we fail to be ready to take anything directed to us with a pinch of salt.

Abuse or a reflection of harsh reality?

We were quick to notice the 10 secs clip that looked to be like a communal slur. The scene is from the second episode of the series. We all took the charge of saving the dignity of our community based on the 10 secs clip forwarded to us on WhatsApp by a friend. But not many people know that there is a scene in the same episode where a Muslim character is abused and called names based on his religion. He is called “Katwa” which translates to circumcised, a term that would be used to abuse a Muslim person. The character is stripped nude to see if his penis is circumcised. In later episodes, we also see how a transgender again is subjected to various forms of atrocities including violence and abuse. The series also shows scenes of a Dalit mother getting raped by higher class people and of a Brahman politician bathing with Gangajal after eating the food prepared by the Dalits. So, do these scenes translate to communal offense or abuse?

The answer for me is NO.

These characters are reflections of the ground reality that we actually live in. The series has many dark layers that reach us the bitter truth that we fail to admit against our pride. The character that sparked the outrage among us is named “Cheeni” in the series. She is framed as a transgender character and she must have indeed been intentionally named “Cheeni” to show the day to day discrimination that the people from North East today face in bigger cities like Delhi, Mumbai, Bengaluru, Chennai or at any other place. The abuse that she faces is actually how people from North East have been treated or thought of, as on many occasions. She also faces the consequences of being a transgender. She gets masturbated on while bathing among other male criminals in the prison.

The Muslim character in the series has his father hide his identity as a Muslim just to save him from facing the repercussions of belonging to the community. He is called “Katwa” and labelled to be a “Jihadi” just because he is a Muslim. A dedicated Muslim Police officer is thought to be supporting the prisoner by his Hindu colleagues just because they belong to the same community. The Dalits are seen to be looked down upon by the higher caste people.

All these instances reflect the realities that we live in. Do we shy away from it and take offense or rather acknowledge that these stories are rather showing how certain communities are being looked down upon on million instances every passing day. Women are actually being trafficked from the North East states and Nepal, and being taken to big cities like Delhi. Women from the North East states or even Nepal are being abused and looked down upon in the big cities. So, these are the realities we need to change rather than standing against the reflection of the realities. The scene to me does not interpret as a police constable calling a Nepali woman a “Randi,” but it reflects to me how a police official could possibly treat a North Eastern or Nepali woman if arrested under suspicious circumstances.

The pride bubble and snowflakes attitude

Our reaction and protest on small and big issues may be derived from a long and bitter history of deprivation and discrimination. We have had our own struggles of being racially discriminated and stereotyped that makes us sensitive to every incident that could look to be offensive. Or maybe it is the pride in our community that we have, which is ready to burst out even with the slightest of provocations. It is however what keeps our community tied together and united. It also makes us very sensitive to anything that we perceive to threaten our dignity and our effort in co-existing. But then, we can’t always seek to look through a rose tainted glass. Sometimes, we need to accept the realities in the ground, accept the circumstances and look to strive for the changes that may be required.

In outraging against the show, we are somehow indulging in “shooting the messenger”, instead of reflecting on and outraging over the bitter realities of how not only Nepalis, but entire North Easterners are seen through one lens by the rest of our fellow citizens. Unless we unitedly strive to change that, we will continue to feel offended.

We cannot be like snowflakes and get offended by everything, without looking into the matters completely and without giving a proper thought.

We cannot allow ourselves to melt with every little touch.

NO COUNTRY FOR ENGLISH – Questions only in vernacular, leave aspirants flummoxed

6 Comments on "“Paatal Lok” – Snowflakes, are we becoming one?"

REMEMBERING NETAJI and HIS INA WARRIORS We extend