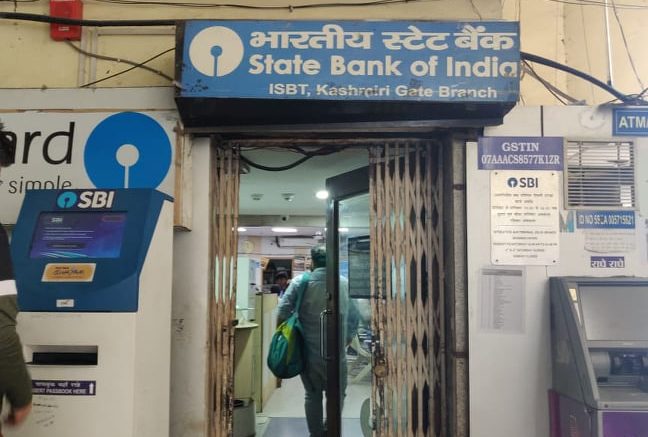 
The corona outbreak has landed us in a chaotic situation along a lot of fronts. But we wish that the fear of getting infected by corona was the only problem before us to face at such times. What has now been emerging as an equally worrisome concern is the sheer racism being practised under the excuse of Corona Virus. It was just around the ingress of the lethal virus in India that we saw a lady in a shopping mall blatantly cover her face on seeing a northeastern girl near her. It was again just 2 days ago that some northeastern students of Presidency University were passed comments relating to Corona near Sealdah Station by a group of elderly or rather mid-aged people in Kolkata. These are just a few instances that got recorded and where the victims could have the courage and mind to retaliate.

In one such another outrageous case, a student from Sikkim was denied services in a Bank in Delhi, just because she carried the Mangoloid feature. And do we need to tell you what bank it was?

The incident is of 13th March when the Sikkim girl, who happens to be a Masters student at Ambedkar University, was looking to deposit her monthly apartment rent to her landlord as usual. She decided to deposit the money at the nearest SBI facility at the moment and thus reached the SBI E-Corner near the Bus Terminus at Kashmere Gate with her friend from Manipur. As the cash deposit money at the e-corner wasn’t working, she decided to visit the SBI branch which was just beside that e corner. The ladies as per the prevalent fear of Corona were wearing masks as anyone else.

As soon as they entered the branch, they approached the person at the enquiry to direct them to the cash deposit counter, who did so after some visible reluctance. The ladies ignored the reluctance, proceeded to the counter and stood in the queue. When their turn in the counter came, the first question that the person in the counter asked was about their nationality. “Which country are you from?” – he asked. The ladies were quite annoyed by the question but then they told him that they were from the northeast. The man abruptly refused to take the deposit, citing some vague rules, saying that they only take deposits for home accounts. When the girls insisted that there was no such rule, and they didn’t need any trouble, but just deposit their rent as they did every month, the person in concern again started suggesting absurd procedure. He asked them to use their card to withdraw money and then deposit when they already had cash with them. In between, he was now and again asking them about which country they belonged to when they had already made it clear that they were from the northeast.

But, was it a question to be asked first of all? Does a customer have to prove their nationality to the bank every time he needs to avail some service from there? The girls saw other people conveniently depositing cash in the same branch, no question asked. The other staff members stood in support of their racist colleague. When the girl said that she wanted to have a word with the head authority of the branch, they kept mum, possibly not wanting her to do so. Later, seeing the girl take a stand for herself in a firm way, the person asked her to get the money deposited in the machine at the e-corner. When she said she had already tried so and only visited the branch because the machine wasn’t working, he hurriedly sent someone to fix up the machine, but he didn’t take the money in his hand after all.

These are only a few instances of racism that are getting spoken about amidst the corona crisis. One of the students from Darjeeling in the same context expressed her fear and uneasiness – “You know what is worse than COVID-19 outbreak? The ongoing racism that is targeting your northeastern brothers/sisters/friends. You may not be able to connect but let me tell you, for the first time in my life, I feel vulnerable. I have always been travelling alone, but this time I feel scared!! I was immune to being called chinky, momos…… But this time, people are ganging against NE people and saying “Corona Virus…. Go Back to China”. If you don’t know that it is happening then please see what is happening around you. Learn about it, ask your NE friends about how they feel. Take a stand against such ignorance. Educate the people around you.”

While it is as painful as it can be, it is also, unfortunately, an undying truth that we are living with. The Corona Virus can be kept at bay using preventive measures and care. It could even be cured. But the racism, it stays with you. It can never be cured; neither can it be taken away. Let us hope that the people overall at such times of crisis learn compassion and love and in the same note, unlearn the racism and hatred. There is a saying that goes as “What can be learnt, can be unlearnt.” This may be the correct time for us hence to unlearn a few things.

Two Year Later, Pandemic made us the Parents who we are