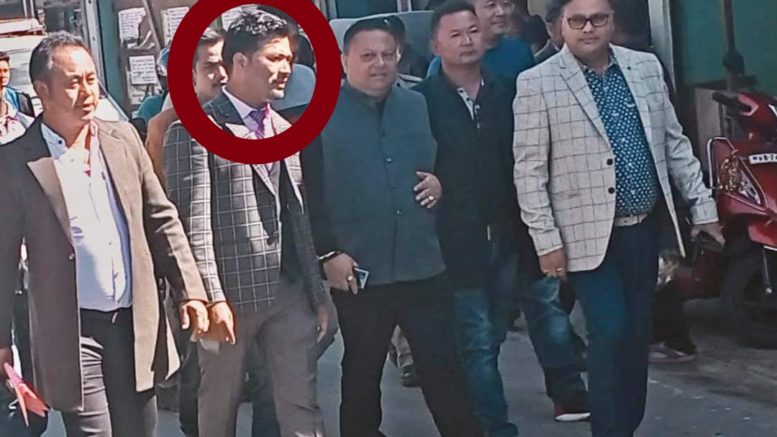 
The appointment of Teacher-in-Charge in Phuguri Higher Secondary School has raised many questions, allegations of corruption and favoritism

Given a choice, whom would you appoint to run a school?

In rest of India, normally the post of the Teacher-in-Charge of a school would go to either of these, but sadly it’s not so in Darjeeling region under the Gorkhaland Territorial Administration. Here there is a special category of people who get appointed to such an important post:

The issue of irregularities around the appointment of teachers in the Govt Schools in Darjeeling has been a major cause of concern among those who care for the students and future of our community. Just as how you wouldn’t allow a trainee to fly a jet plane, in normal societies they don’t allow untrained teachers to teach, let alone head up a school. But in Phuguri Higher Secondary School that is precisely what has been done by the GTA Education Department.

The lack of proper procedure for placement, added up with rampant corruption and favouritism have allegedly been the prominent features of teacher placement around the government schools in the hills – be it primary, secondary or higher secondary. Just recently, an audio clip of a conversation of a person had gone viral where he was heard to be demanding a significant amount of money for securing a teaching job. While posting the same on our page, we had requested our readers to write to us regarding any such stories or case about placement irregularities that they may be aware of. One of the cases we were intimated of, was that about the appointment of Teacher-in-Charge at Phuguri Higher Secondary School in Mirik.

Here’s what we have been able to find out.

It has been a six years since Phuguri Higher Secondary school had a headmaster or a headmistress. The last headmaster was Raj Bahadur Rai sir, who retired in 2015, since then the school is being run by Teacher-in-Charge, appointed on the basis of seniority and requisite qualification. However, contrary to the normal procedure of appointing the senior most teacher with requisite qualifications as the head of the school, the GTA Education Department in their wisdom has chosen to appoint a teacher who is not even actually qualified to be a teacher, if the actual norms for appointment of teachers are to be followed, for he doesn’t have a B.Ed degree yet.

The retirement of the previous Teacher-in-Charge of the school was first followed by a series of meetings where the members of the Managing Committee along with the representatives of the administration had hinted that the most senior teachers of the school would take the charge. It only hit everyone by surprise when, sometimes later, the letter of appointment came in the name of Mr. Pema Lama instead.

The appointment of Mr. Pema Lama as the Teacher-in-Charge of the school has stirred up a major controversy among various stakeholders raising questions about the eligibility and modus operandi for the selection of Teacher-in-Charge in a school under GTA. The fact that Mr. Pema Lama, who had joined the school as a regular teacher in 2017, doesn’t yet have a B.Ed degree has been the main reason for the outrage on his appointment.

So how did a non-B.Ed, recent appointee go onto be appointed to head the Phuguri High School? The story gets murkier.

According to Mr. Arun Sigchi, the former GTA Sabhasad of Soureni Samasty in Mirik, who is also the President of the Managing Committee, “a 2019 GTA circular on Teacher-in-Charge (TIC) appointment requires Managing Committee to send a panel of teachers. Earlier it was appointment based on seniority, but now they require panel, as formerly many TIC’s were simple graduates and could not run the schools properly.”

We were informed that the Staff Council comprises of all the teachers of the school and they are the ones who decide on the name to be sent as panel for appointment by GTA Education department.

Mr. Sigchi informed us that “the current Staff Committee Secretary is Ashok Ghising, and three senior teachers Ashok Ghising, Roshan Diyali and Chandan Lama refused to send forward their names for TIC. After the serving TIC BK Giri retired, three names were asked from Staff Council which comprises of all teachers of the school. Three names were given i) Arun Chandra Thulung, ii) Pema Tamang,  and iii) Neelam Bantawa. The Managing Committee in turn forwarded the panel prepared by the Staff Council in the above sequence.”

But, when appointment letter came from GTA, it came in the name of the 2nd candidate i.e Pema Tamang instead of Arun Chandra Thulung.

There are two issues here, one set of objection is that, even among the list of the three panellists sent, how could GTA Education Department not appoint the senior most candidate Arun Chandra Thulung, and instead appoint a recent recruit Pema Tamang to the post of TIC?

One of the observers maintained concerns raising a very important point that “a B. Ed degree is the first basic criteria for the appointment of a teacher. So, as the Teacher-in-Charge in itself is a teacher first, having a B. Ed by default becomes a criterion. He also pointed out that in the absence of the Headmaster, the Teacher-in-Charge becomes the highest authority of a school, as in the case of Phuguri High School. While choosing the acting head of any institution, he expressed, experience and qualification is and always should be treated as a matter of highest priority.”

One of the teachers in the school, who didn’t want to be named, expressed his displeasure about what he called as “blatant misuse of power exhibiting corruption”. He said that “the appointment of Pema Lama as the TIC not only violated the long running norm of appointing the senior most teacher as the teacher-in-charge, but also suggests that anyone can be favoured by the “right people” and made into the highest authority of the institution regardless of the experience or qualification”.

When asked about Mr. Pema Tamang’s qualifications, Mr Singchi said, he told us “he [Pema] is MSc BEd”

When asked if he has seen Mr. Tamang’s certificates, Mr. Singchi said, “I haven’t asked for his BEd certificate, as it is not the duty of Managing Committee to verify the documents. It is done after the appointment by the GTA education department.”

“It is the duty of the GTA Education Department to verify the requisite qualifications, not ours” he asserted.

We reached out to District Inspector of School for comments, but she is yet to respond to our queries or request for clarifications as to how could a non-B.Ed candidate be made the TIC while there were other who were more senior than him and also with requisite qualifications.

When asked what will he do if it is found out that Mr. Pema Tamang may not have the requisite qualifications, Mr. Singchi said, “I will call a meeting of the Managing Committee, which comprises of teachers and even parents of students and discuss and decide. Whatever recommendations are there from the Managing Committee, we will send the recommendation to the DI accordingly.”

Our request for clarification from the DI regarding the same is still pending.

Another set of objections raised by some teachers is that they were allegedly “not invited to the meeting where the panel names were decided”. They have also informed us that “another senior teacher Ms. Sunita Pradhan who was actually the most qualified to be TIC, but her name was not included.”

When asked about that, Mr Sigchi said, “last year there were issues with regards to the TIC BK Giri appointment. She has made a video viral using Mirik Social Media pages, which caused harm to the reputation of the school, which is why Staff Council took a resolution not to approve her for any higher posts.”

“She has also apologized and written apology too” he added.

We asked Mr. Sigchi if such a resolution was actually legal? He said he is not aware, but he asserted that “the Staff Council had actually put the resolution on record, and that he would send us a copy of the same.”

But he has failed to do that till date.

Though, many teachers in the school themselves have expressed the dissatisfaction over the decision, none of them chose to speak on record for the fear of victimisation or souring their relationship with the new Teacher-in-Charge or the members of the Managing Committee.

We tried to contact the District Inspector of School for the details about the appointment, but she has not responded to our request for clarifications.

This being said, few stakeholders have also gone to allege that the appointment of Pema Lama as the Teacher-in-Charge comes as a royalty to his close alliance with the GJM – 2 leaders and his position in the party.

The case of Phuguri High School is symptomatic of the sickness ailing a lot of our schools in the hills, where qualified teachers are sidelined to accommodate those who are close to powers that be.

This particular appointment has a lot of dimensions that demand questions to be raised. Of those, we would like to pose a few:

Since we have zero faith in the political leadership to speak out against such issues, we are but hopeful that the general public will question this and other such illegal appointments. After all the schools and the future of our next generation is at stake and we cannot permit anyone to misuse their power or privilege to subvert our education system.