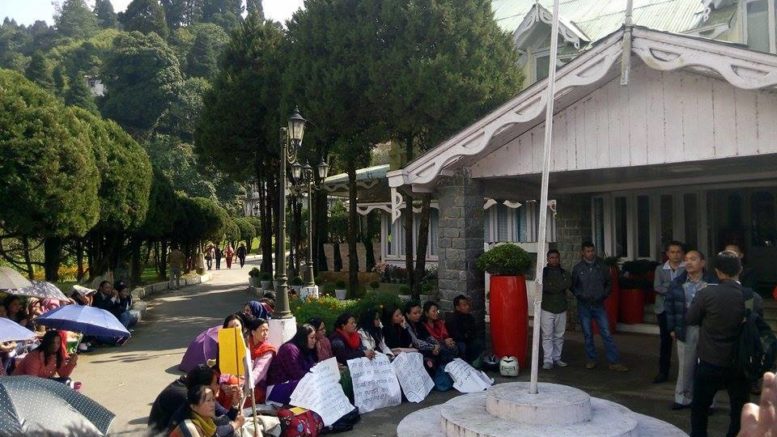 
Dear readers, yesterday we had uploaded a news containing the list of all the newly appointed teachers by GTA, our report itself got mired in some controversy, so we are releasing this ‘Dummies Guide to GTA’.

Among the many comments we received, there was a well meaning but highly misplaced comment by Asst. Prof. Parjanya Sen, himself an educator and an academic associated with Sonada Degree college. Without properly understanding the context, he went onto accuse TheDC team of “vendetta politics,” which we as a portal take high objection to.

But we felt that his misplaced comment stymied from his lack of understanding of the situation. Same may be the case with some of our other readers.

Hence we are doing this short Q and A, in the Dummies Guide to GTA format, which we hope, will help you understand what is it we are trying to achieve here.

Q: What is the fuss about these new appointments?

A: Due to the West Bengal Govt not conducting SSC for hill schools for the past 15 years, most schools in the hills were devoid of proper teachers. Acute shortage in teachers lead many school management to hire/recruit volunteers to teach in these schools for a pittance. They were not given any government facilities, not even a decent salary, but these teachers persisted and taught.

These new appointments have been accorded to these very hard working teachers who have volunteered as teachers in various schools across the hills for pittance, some for over a decade. Had these volunteer teachers not been there, most of our schools would have shut down.

Q. But why would the hills need separate SSC?

A. Point 22 of the Gorkhaland Territorial Administration agreement (2011) clearly states, “The State Government will set-up a separate School Service Commission, College Service Commission; open an office of the Regional Pension and Provident Directorate; and set up an office for Registration of land, building etc., marriage, society etc. in the GTA area, subject to extant rules and regulations.”

This is further augmented by the fact that, under Powers and Functions of the Gorkhaland Territorial Administration in GTA Act of 2011, Section 25 (v) School Education including primary education, secondary education, higher education (including vocational training); Physical Education; Government Schools” confers the running and recruitment into these schools on GTA.

But even after 8 years of GTA formation, the Govt of West Bengal has not formed SSC or CSC bodies for the hills. Because of which, both the hill schools and colleges are suffering.

Q: So the volunteer teachers do deserve to get permanency?

A: Absolutely, these teachers have worked very hard, for almost no money for a long time, and over the course of time them have acquired experience and teaching abilities. They do deserve to be absorbed as permanent teachers.

Q: That means those landing the jobs are our own people, why is DC and Khabar Magazine having a problem?

A: Neither TheDC, nor Khabar Magazine have any problem with the absorption of volunteer teachers as permanent teachers.

Q. Then why are you objecting to these recruitment? why are you indulging in “vendetta politics”?

A: No we are not. We are not a political party to indulge in such. We are merely doing our duty as the fourth pillar of our democracy to get people to talk about the alleged irregularities in these permanent appointments.

Teachers are the foundation on which the future of our children, and thus the society and nation stands. A teacher who is not capable to teach can ruin the future of the children he teaches, and that in turn will jeopardize the future of our community and country. We are therefore doing our duty towards our community, and asking people to point out the anomalies in these teacher’s appointments.

Just as how you wouldn’t want untrained or inexperienced doctors to treat your child, or untrained driver to drive your car, we cannot give the future of your society and country to untrained teachers. It’s as simple as that.

Q: But is it ethical to upload the list of who got appointed?

A: Of course its ethical to publish the list of appointment, because these are not top-secret nuclear codes or sex tapes of individuals. Its the list of Government appointed teachers. People have a right to know who is going to teach their kids. Under normal circumstances, such lists would be posted online by the recruiting agency and concerned department for the whole world to see.

It would have been unethical, had we not posted this list of who got appointed, despite having it in our hands.

Q: So if I finally get it correct, you are not saying all of these appointments are wrong?

A: Yes, thank you for growing some brains finally. We are not objecting to each and every name in that list.

Q: So what are you objecting to?

A: We are not objecting to anything. We are merely attempting to highlight the anomalies and objections raised by our readers, who have repeatedly informed us that there have been massive illegalities in appointing some of these teachers.

Q: What do you mean by illegalities?

A: People are alleging that there are a fraction of people who have been appointed as permanent teacher. They are illegally shown as having worked as volunteer teachers before, but actually they haven’t. In permitting their appointment the school management committee, headmaster/headmistress or teacher-in-charge and appointing authorities are indulging in fraud against those deserving candidates who actually worked as a volunteer teacher.

Most of these people against whom there are allegations either have powerful connection, or have bribed their way into the list. We are merely attempting to highlight such allegations, in the hopes the government authorities will take a note, and prevent such illegal appointments.

Q: Ok, so let me get this straight. What you guys are doing is objecting to those who haven’t volunteered as teachers, but are yet given permanent post, after showing them as volunteer teachers?

A: Yes, thank you for understanding. That is precisely what we are attempting to do

Q: How are you collecting the data?

A: We are crowd sourcing the objections, for which we have started an online datasheet, in which our readers can go and fill the details of the candidates they have objection to. They just need to fill these details

All the data uploaded here are completely anonymous. Once this datasheet is developed, we will be looking at the reasons stated, and try and verify those. So far we have had about 40 submissions, out of the total 313 appointments made in High Schools and Higher Secondary Schools. Which roughly stands at about 12% of the appointments against which people have raised their objections.

SEE ALSO:  "No one can defeat us if we are united" - Bimal Gurung
Powered by Inline Related Posts

Some objections are very precise and can be easily verified, by anyone desiring to do so.

Q: Can you give us an example?

A: Take for instance Ms. Seema Thakuri, she has been appointed to Nagari Farm High School [Sl No 82 in the list].

One of our readers has commented on the – reason for controversy section… “She is from Nagri, Her appointment year is 2008 in the list, while she worked continuously as Science Teacher at Ruhiyah School, Jorebonglow till 2017-18..”

Now this is an allegation, so what we can do is pass this cross check with Ruhiyyah School Jorebunglow, and see if she was employed there or not at the alleged dates. Talk to the students, and their parents if she taught there or not. Talk to her and the school authorities, and inquire about the objections raised against her name. Seek proof for the same.

Or you can take the case of Lopmudra Ghosh, she has been appointed to Judhabir High School, Gorubathan [Sl No: 211 in the list].

One of our readers has commented on the – reason for controversy section, “No one knows in Gorubathan. There is allegation of bribery against the school authorities for including her name.”

We will try and ascertain facts made against these allegations.

Q: All that is fine, but why are you bothered? what’s your interest?

A: Because, to us Darjeeling and its future matters. Our interest is to see that people with power and money and influence do not get a priority at the expense of deserving candidates, many of whom have been deprived to accommodate these 12% side entrants.

Q: Ok, sounds like your objectives are fine, but what happens after you report?

A: That is for our people, elected representatives, and the government to decide. Our duty as news portals are to bring to light the truth, which is our fundamental duty. We hope good people like you will then take it up with the authorities, or court and see that injustice is not allowed to persist.

Q: How can I help you guys?

A: By going to this link, and filling in the details about any illegal appointment you are aware of.

An Artist in Making – Ananya De