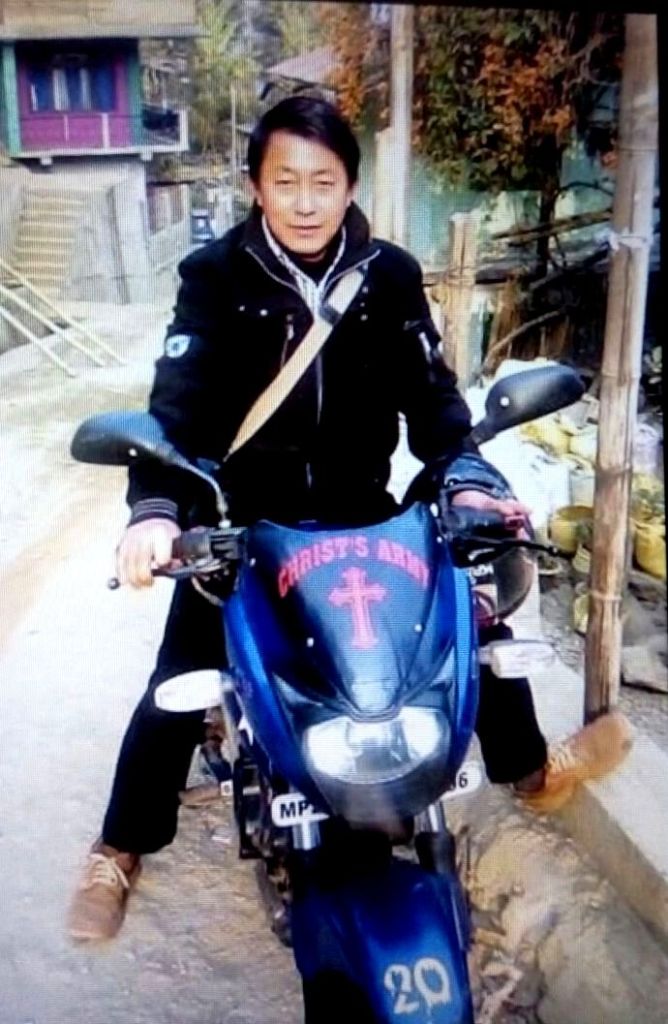 A 12-year-old girl child is struggling for her life, after she was repeatedly raped by her relative – Sisan Rai, who also happens to be a Pastor from Tukvar, and left with a botched attempt at terminating 6 months pregnancy.

The child has no immediate family looking after her, as her mother had left her and her father when she was just a year and a half old, and her father is mentally unstable. The girl was thus taken care of by her uncle who works in Delhi. She stayed with her same uncle’s sister, who happens to be the wife of Sisan Rai, the culprit pastor.

Yesterday morning, Marg NGO was informed by the police about the incident, and that the survivor was admitted to a hospital in Darjeeling. MARG quickly responded to the call and went to see the victim with a team of counsellors and experienced volunteers.

The child informed the MARG team of the horrific ordeal she had to survive. She told them that she was being continuously raped by the culprit since she was a UKG student and that she was also being threatened and forced to remain silent about it. The culprit continued with the act as nobody around was there to question or object. The child also informed MARG counsellors that she had informed her aunt about the misdeeds of her husband, but her aunt failed to do anything to protect her.

It was only when the child’s belly started showing a sudden bulgy impression, that the family started sensing something was wrong. It was when they discovered that the girl was already pregnant for around 6 months. Her uncle in Delhi was informed and he arrived home without any delay.

The victim was then taken to Yuma Hospital in Darjeeling town, where her admission wasn’t accepted. As according to her uncle, she was then taken to Dr Gorai’s private clinic where the doctor suggested abortion, as the child is too little to bear the burden of childbirth.

Even though Dr Gorai has all the signed consent from the child’s guardian (uncle) to go ahead with the abortion, it is, however, to be noted that the official laws and protocols needed the doctor to contact the police first and foremost, which wasn’t done.

The child informed that something was injected into her at the clinic.

She was then admitted to the hospital, following which, the girl’s uncle informed the Police and lodged a complaint. The police were prompt to initiate an investigation and seriously inspect the issue.

The girl’s child in her womb was found to be dead yesterday evening, which the hospital staffs say was alive till the morning. The same condition has created major health complications for the girl, and presently she is being treated with only a 50% chance of making it alive.

What comes to us as a greater surprise is that Dr. Gorai, whose credibility should be under an investigation, is instead treating the child.

MARG on its part has taken the issue to the DM and the CWC chairman and trying its best to get the culprits punished. Sisan’s wife has already been arrested by the police for not informing anyone and helping him even when she had prior information about everything, while he himself remains absconding.

When contacting the Dr Garoi to get his side of the story, he refused to comment anything. The case is already under investigation and a very firm and serious action are expected.

What is shocking is that locals have informed us that this Pastor Sisan has in the past too caused similar harm to other children, which points to him being a serial offender and a paedophile.

Following the lodging of the police complaint, this paedophile has gone missing. We are fearful that wherever he is, he may end up harming children there. Whoever is sheltering him, or providing him support, knowingly or unknowingly, we request them to inform the police immediately.

We strongly condemn the heinous act and stand in solidarity with the little girl, who had to go through this unbearable phase, even before she could know what molestation and pregnancy mean. We pray for her recovery, both mental and physical and we also hope that the culprit gets caught from wherever he is.

Bicky, Our Daughters, Our Pride

4 Comments on "SHOCKING: 12 Year Old Child Battling for Life, After Being Repeatedly Raped by Her Uncle – a Pastor, and Left Pregnant"