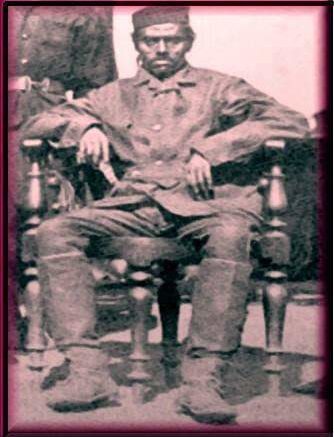 When East India Company was taking over different parts of India bit by bit and entered Manipur, the Manipuri hero Jubraj Bir Tekendrajit Singh decided to fight against the British than surrender. Much like Chattrapati Shivaji and Rani Laxmibai, Jubraj Tekendrajit Singh became a martyr in the battlefield.

On this day, the Gorkhalis of India remember, salute and celebrate the brave heart Subedar Niranjan Singh Chettri, who was hanged by the British in 1891 for his role in the “Revolt of Manipur”. His bravery and patriotism was unparalleled, yet his act of patriotism, much like acts of patriotism from the rest of North-East India was lost in pages of history.

TheDC team also salutes Shaheed Niranjan Singh Chhetri who was the first Gorkhali martyr in the freedom movement of India.

[We are grateful to Boigram Gorkha Bhandari for this report]

SEE ALSO:  INS Khukuri - A tribute to the weapon of the Bravest of the Brave
Powered by Inline Related Posts