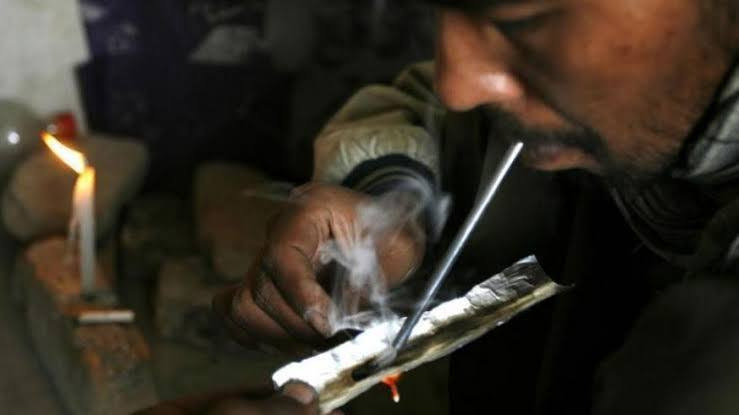 
The drug menace has caught hold of our community in its vice-like grip and if we do not wake up today, it may be too late tomorrow. A teary-eyed young lady recently expresses her ordeal to me – “He is young… My brother had been one of the best guys in the neighbourhood. It is since he joined this new school that the problem began. He met some bad influence and since then it has been the same. My parents and I tried everything. We personally talked to all his friends to leave him alone. Even he realises what kind of situation he is into. He wants to get out. He doesn’t want to go to school. He says he won’t stay back in Darjeeling for college. I hope it gets fine. We are still in disbelief, but we have to live with it.”

It immediately reminded me of a poster that I had seen pasted on a wall as I was walking through an alley around a place in Darjeeling. The poster warned people against drug abuse in the neighbourhood and that if anyone was caught doing the same, they would be punished. I laughed a bit thinking that back in our time, the posters would warn people against throwing garbage, spitting or peeing. But at that moment, it hit me hard.

As painful as it was to hear an 18 years old boy from a very good and humble family get into such a situation, it wasn’t at all surprising for me. I have been frequent to the talks of how the plague of drug abuse has unleashed itself in its worst form in the hills in the past few years. I don’t say that the menace of drugs wasn’t a problem for our society years ago, but the incidents were very scanty. But now, it has become one of the biggest worries for us and our society.

One much respected social worker from Mirik had also called me some weeks ago to discuss the same issue. He told me how recently a lot of parents from his neighbourhood were visiting him frequently complaining about how their children were getting into drug use. When he started investigating into the issue, he was shocked to find out that every other youth in the neighbourhood was exposed to drug use and there was at least one guy in every neighbourhood dealing in drugs.

As many reasons as there may be for the drugs to be flowing through all the veins and arteries of our hills, I try to decode few.

Though no parents would want their children to fall into the trap of drugs, they, however, end up playing some role in it. In these times, the abundance of money and lack of time for a considerable section of the people has changed to a large extent changed the structure of parenthood for many. It is often wrongly thought that providing their children with enough money or even more than that is going to keep them happy and thus solve all the problems, not even thinking or asking where the crazy amount of money is being spent and how.

For teenagers, it has these days become a normal routine to travel down somewhere with friends in a car, spend the weekend there, have fun and return back. The excess amount of money, mixed with teenage confusion encourages them to experiment and henceforward. Only if we realise that time and care can do more of a wonder than money ever can.

The cheap drugs smuggled from Nepal have gained a widespread market in Siliguri, from where they are supplied to different areas. From Siliguri, the drugs can easily be transported to Darjeeling and then sold. Young people who are themselves into drugs have adopted this business of dealing with drugs along with different parts of the hills, which ensures the regular availability of drugs and easy money in huge amounts, just against a certain amount of risk. As such, every part in Darjeeling surely has someone or the other dealing in drugs.

The rapidly growing commercialisation of education and the profit-driven nature of the private schools are proving to be hitting us at places that hurt us the most. Some of the times, in the endeavour to sustain their flow of income, they end up overlooking the problematic attitudes of certain students or let them escape with normal suspensions or punishment, knowing very well that the same students could draw many other good students into unwanted habits. Today, no one can argue on the fact that major portion of the youngest lot drug abusers belongs to the big and elite private schools.

Casual attitude of the authorities

Many a time, it is heard that the Police authorities are well versed with the supply chain of the drugs in the hills. But still, a very casual approach is adopted in dealing with the issue and the allied culprits. Even if the culprits are caught, it is alleged by many that they get away with it very easily. It can’t be however exactly said if it is a fault with the system, the law or the authority.

While we are often proud of the fashion sense among our youths in the hills, at the same time, we also need to invest some thought on the supposed cool culture that has gained a lot of grounds. Today, unlike most of the places, the major concern among our youths is to look cool and seem cool. This culture slowly many times also introduces them to drugs and they get into it just for the sake of their company, the culture and the age curiosity.

Lack of Awareness in School Level

Though some organisations try their best to spread awareness against drug abuse from school to school, it’s not possible for them to make it frequent and available for all the schools. The schools should look to educate the students about drug abuse and thus spread awareness on a regular basis.

Lack of Employment Opportunities and a Sound Environment for Higher Education

It can’t be argued that the incidence of drug abuse at any place is directly or indirectly related to the absence of employment opportunities there. With no work at disposal, youths often tend to get into drug abuse or drug dealing. Also, absence of quality institutions for higher education fails to establish the environment of thought, dissent, consciousness and intellect in the hills. For most of the students, colleges are either a means for them to get a graduation degree or an excuse to have freedom and enjoyment, the latter of which in some cases doesn’t prove good.

While the use of drugs may be specific to individual people, the effects of it is definitely to be borne by the entire society, more by the family of those individuals. It’s not only for them to quit drugs and become drug-free, but also on us to play our responsibilities to stop the drug abuse and addiction from spreading. If now isn’t the time for us to realise, we will for sure do it later, and by that time it may be late… very late. By that time, we may have lost an entire generation and we may be struggling to save the coming ones. We should never forget, if we don’t have youths who are capable of thinking, we have no future.

On International Day of the Girl Child – “छोरी”

Be the first to comment on "The Drug Menace"