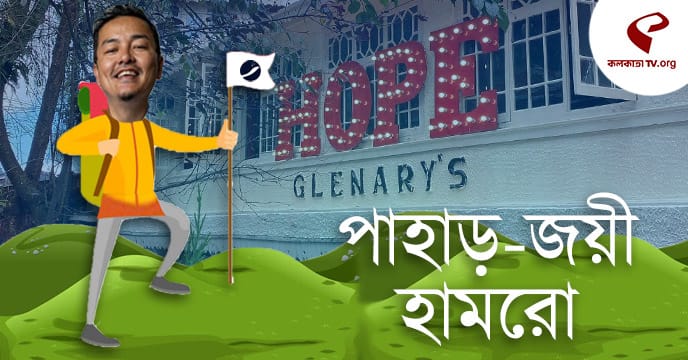 
It may be incorrect, to say that, the hills are gripped by election fever. The ordinary Gorkha shows signs of general malaise. The hills were gripped by election fever in 2019 when the General Election was held, as a small window of hope was seen in the re-election of the Modi-led NDA. Modi, of course, had famously declared, “Gorkha ko sapana mero sapana”, The dream of the Gorkhas is my dream too! This time around, it is only the political parties, both participating and boycotting, and candidates: dependent, independent, and in-dependent who are invested and interested in the forthcoming GTA election.

Two striking features of the forthcoming election are, the plethora of political parties and contestants, and the replacement of the “G(orkhaland)” word with a Bengal government-friendly “D(evelopment)”. Of course, the political aspirants sporadically evoke the “G” word, albeit not often enough to ruffle feathers in Nabanna. The term “Development”, though,  is like the daily horoscope. It is strikingly concrete but sufficiently vague; has scope for multiple interpretations as well as immediate escape from one’s memory. To cite a recent example, for a territory which has been misgoverned for decades, a clean-up of the Capital Cinema Hall also becomes a milestone. Should one not commend the repair of the façade? Of course, one should! Anyone who has visited other hill stations in India is struck by the dilapidated state of our hills. The victory lap by Hamro Party, post-clean-up of a building,  should, therefore, be a moment of deep reflection among the Gorkhas on the social, political, economic, and historic mess that we are in.

The author still believes that, for the Gorkhas, identity should trump development. The politics which advocates, “Development until Gorkhaland” is a facade for compromise. Interestingly, not only the political parties but some established Gorkha journalists/ political commentators are echoing this and tacitly building a favourable ecosystem for Hamro Party’s “apolitical” stance. I believe that we don’t need a GTA in any shape or form, even if the 2011 agreement is honoured by the Bengal government in toto (which was the GJMM’s latest stance pre-BG hunger strike). There are well-qualified and trained administrators from the  IAS and WBCS who can carry out the said task without indulging in JCB politics.

What happens to Gorkhaland now? Nothing, until a new leader or a new party arrives. Because as far as political parties are concerned, “candles” in Darjeeling are suitable only for personal use, not for public purposes. What with the rain and the wind, it does not even serve a symbolic function. “Bread”, tosh roti, is popular, but its popularity rests on convenience rather than nutritional value. And in a situation where the tosh roti is accompanied not by a Himal Chuli , Sunchari, or even Himalaya Darpan, but the rabidly anti-Gorkhaland TheTelegraph, it becomes suspect of tacit blessings from Nabanna. The remaining several dajus are Didi ko sakkhaybhais who have folded with alarming agility, and in their current poses of absurd contortion, are of no use to the Gorkhas.