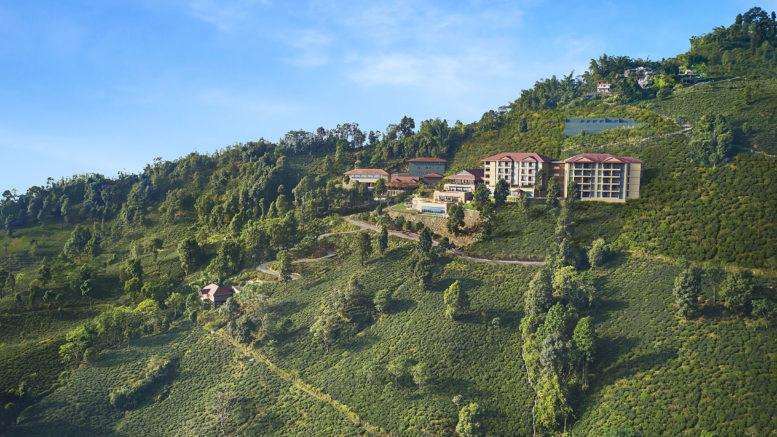 
‘Tea Tourism’ is the buzz word WB Govt has used to justify diversion of tea garden lands for constructing commercial real-estate. Is the much vaunted “Tea Tourism” in Darjeeling hills, Terai and Dooars region benefiting the locals? or is it another form of exploitation?

In 1867, Dadabhai Naoroji was the first person to assert that internal factors were not the reasons for poverty in India but poverty was caused due to the colonial rule that was draining the wealth and prosperity of India. He put forward the ‘Drain of Wealth’ theory, in which he stated that the United Kingdom was draining India’s economic resources completely. He mentioned this theory in his book ‘Poverty and Un-British Rule in India.’ Recently, in a new research by the renowned economist Utsa Patnaik, published by Columbia University Press, Patnaik highlighted through authentic tax and other related data, that Britain drained a total of nearly US$45 trillion from India during the period 1765 to 1938.

Ever since Independence that is exactly what has been happening to the wealth from Darjeeling hills, Terai and Dooars region too. The share of revenue paid by our region to the WB Govt is much much higher than the share of return investments made by the state government in the region.

However, nowhere is this exploitation more apparent than in the tea gardens.

No Land for the Locals

The tea garden workers despite working for generations, are still deprived of their right to land – Parja Patta, they are paid less wages than what other workers, even unskilled labourers make in West Bengal, the facilities they are entitled to are rarely provided. Adding salt to their woes, the WB Govt has allowed the tea garden owners to build commercial real-estate labeling it “tea tourism”.

Today 5-star and 7-star hotels have been built in the tea gardens, where as the tea garden workers who have toiled in the same garden for generations are forced to seek “company permission” even to bury their dead.

Imagine the level of hurt a child of a tea garden worker must feel, when s/he sees opulence and grandeur in her garden, but they like all other tea garden workers and their children are not even permitted to walk on the hallowed grounds of those very hotels that have been constructed uprooting the tea bushes, which their great grand parents had possibly planted.

While the WB Govt has outlined certain do’s and don’ts for the “tea tourism” projects, personally I am yet to see it applied or enforced on the ground level.

For instance, in Makaibari Tea Estate the fabled “Taj Chia Kutir” has been constructed bang in the middle of the tea bushes. It wasn’t done on vacant land.

How much is our labour worth?

A cursory look of the price of stay in these hotels shows why we need to put an end to this exploitation.

“Taj Chia Kutir” in Makaibari Tea Estate charges from Rs 21000 to Rs 77000 per room per night in off season (I had checked the tariff for one person for one night on July 13).

While “Glenburn Tea Tourism Botique Hotel” charges from Rs 27555 for single person to Rs. 46376 per room for 2 persons sharing on double or twin occupancy basis.

Nothing can be more exploitative than this.

This is the 21st century India, and I feel by allowing this rampant exploitation of our land, and outright discrimination against our brothers and sisters who work in the tea gardens continue unabated, we too are silently supporting their exploitation.

It is time we all spoke up.

As Edmund Burke reminds us, ““The only thing necessary for the triumph of evil is for good men to do nothing.”

BLOOD TEA : All In A Day’s Work