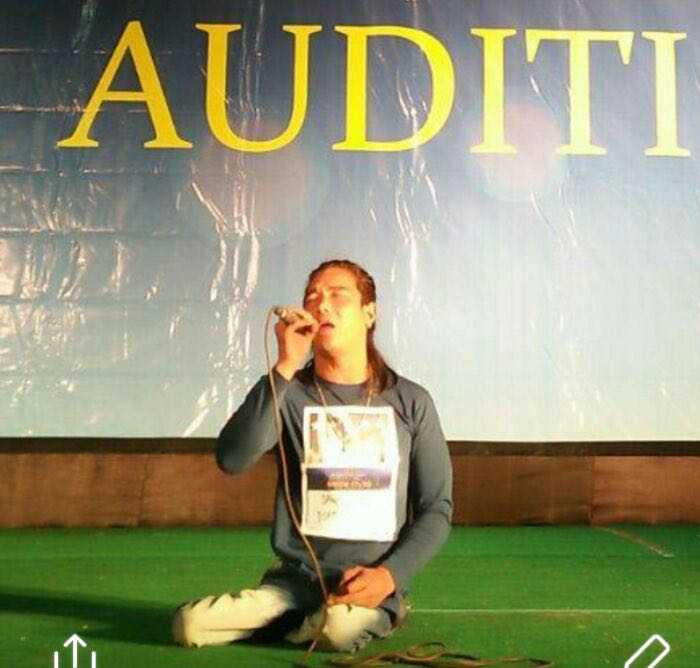 Dawa Tamang - Inspiring us through his music

“A hero is an ordinary individual who finds the strength to persevere and endure in spite of overwhelming obstacles.” – Christopher Reeve
Dawa Tamang – a name not many are familiar with, but his story is one that deserves to be heard. His life may have been full of hardships, but the way he has lived it, it’s simply inspirational. A piercing and severe fever at the age of seven caused him severe physical disability. His elder sisters Kali, Minu, and Purnima left no stone unturned in their attempts to provide him with proper treatment, but his health couldn’t recover, and he has lost the use of his legs and one hand. All these years later, he is still not habituated to walking with a crutch. He quivers and stumbles, yet he perseveres.
Instead of letting life bog him down, Dawa sings. It is in songs and music that he has found his release and his connection with the world.
Dawa doesn’t simply sing, he sings his heart out, and with it he shares his self with the rest of the world. Recently this 29 years old Dibayang from 9 No, Takhada Tea Estate reached up to the semi-final rounds of one of the talent shows hosted locally, though he couldn’t make it to the finals, he has been invited by the organizers as a special guest to perform at the finals.
In spite of his musical endeavours, life remains tough for him. Though Dawa’s name has been included to receive Dibayang stipend under the disposals of Ranli Rangliot Block, which gives him a little silver-lining. However he banks on his widow mother to help sustain him. But Dawa is hopeful of a better tomorrow, and as he looks at the world with a hope for a brighter future, he inspires us to do so as well.
Good Luck Dawa… keep inspiring us all.
[Writes: BIMAL RAI]

On the 8th year of being born – What TheDC means to us?