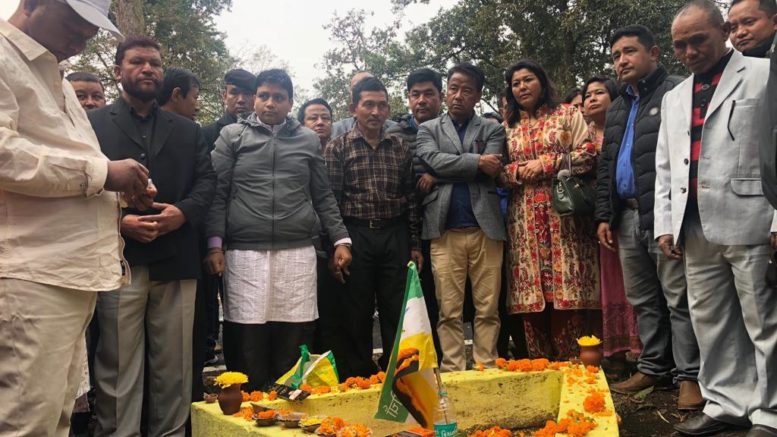 Here is the full press release:

“Today the GJM observed  Balidhan Diwas throughout the hills, Terai and Dooars, the youth front of the party organised blood donation camps in remembrance of the 3 people who died for Gorkhaland in 2011 in Sibchu.
But today the entire Gorkha community feels let down by the BJP as Shri Narendra Modi, Hon’ble Prime Minister didn’t make a single comment on the Gorkhas and Gorkhaland in Mainaguri which 1 hour away from Sibchu.

The Prime Minister who had come to Madarihat in 2016 had promised that 11 Gorkha communities will  ST status but till  there has been no positive result regarding this and there is no sign of this bill coming in the budget session which will get over by next week.

Ahead of 2014 general elections, BJP had in their election manifesto that they would consider “the long pending demand of the Gorkhas”. PM Modi delivered his speech in Siliguri on April 2014 and one famous line of his speech among the Gorkhas was – “Gorkha ka Sapna, Mera Sapna”. This assurance had indeed made Gorkhas believe that this person if elected to the highest office would definitely fulfil the only dream of Gorkhas- a Gorkha state but sadly this is the biggest mistake that the Gorkhas have made and we have to give a befitting reply to the BJP in the upcoming elections.