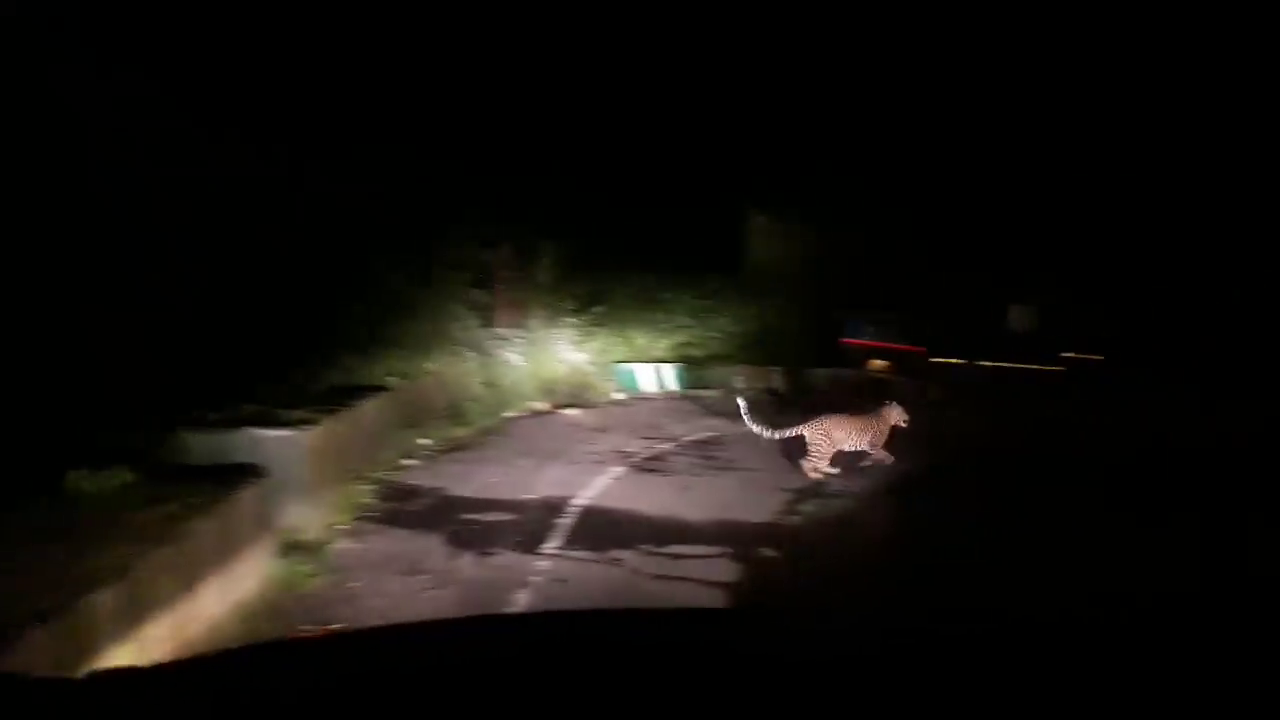 Leopards making a comeback is a sign of a healthy ecosystem

The leopards are making a comeback in our hills, after facing near extinction in between 1980-2010. The Sinchel Wildlife Range has been home to some of the rarest floral and faunal species in the world. In the past decade, thanks to the efforts of local communities, who live in its vicinity, the quality of the forest and its composition have increased substantially.

Because of this, wildlife, that have almost become extinct are finally making a come back.

Our contributor, Abu Aziza Irshad Ahmed from Kalimpong, was returning home last night, when he crossed Jorebunglow, which lies in the core area of Sinchel Wildlife Sanctuary, and only around 200 meters from the last house, he saw this magnificent leopard.

Tiger Hill, one of the most famous tourism landmark in the region, and India lies in the heart of Sinchel Wildlife Sanctuary, and instead of conserving this very important ecosystem the government of West Bengal is planning to build numerous tourist huts. If such tourist infrastructure are allowed to come up, the crowd and the resulting filth could lead to extinction of many native species. Leopards in Sinchel Wildlife range are keystone species, and their conservation is merited as much as that of Tiger and Snow Leopard. Tourist infrastructure will cause them and their habitat irreversible damages.

We hope that this video will help open the eyes of conservationists, and they will see the merit in protecting these magnificent animals, who have every right to the wild, as the tourists who come to see them. The tourists can stay in Darjeeling, Ghoom, Jorebunglow – but these animals cannot stay in town. Please do not ruin their habitat, for human greed.

We also request people living in Jorebunglow and nearby villages to remain cautious, while these animals do not usually attack human beings, they may end up attacking, if they are provoked.

Be the first to comment on "EXCLUSIVE: Magnificent Leopard Caught on Camera in Jorebunglow"