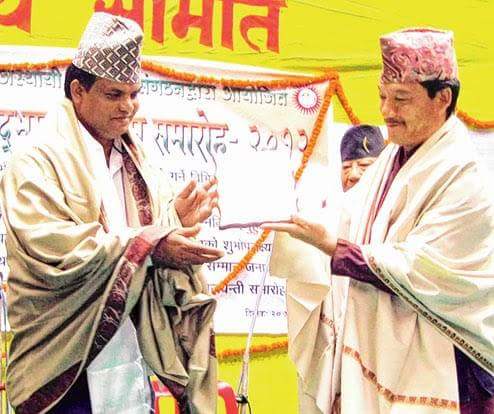 Adivasi leader John Barla who holds considerable sway in Dooars was arrested last night by Banarahat police. According to Jalpaiguri Police SP Amitabh Mahati, John Barla was arrested as there was an arrest warrant pending against him.

John Barla is one of the most important Adivasi leaders from BJP in north-Bengal, and had contested the previous West Bengal legislative elections in 2016 as a BJP candidate from Nagarkatta. He is also known to be very close to the Gorkha Janmukti Morcha leadership, and he has in the past vocally supported the formation of Gorkhaland statehood.

Reacting to the incident Manoj Tigga BJP MLA from Madarihat said, “this is nothing but TMC ploy to prevent one of the most popular BJP tribal leaders from canvassing in the upcoming Panchayat polls, there was no cases or complaint filed against him… he was merely arrested on instructions from Trinmool Congress… they want to use police to instill fear in the hearts and minds of BJP supporters.”

Mr. Tigga said, “John Barla is very influential in the tea garden region, and TMC wanted him out of the way so that they can run roughshod in Dooars, but we won’t let that happen… if needed we will conduct agitation seeking his release.”

Future of Darjeeling District Read in the Crystal Ball.