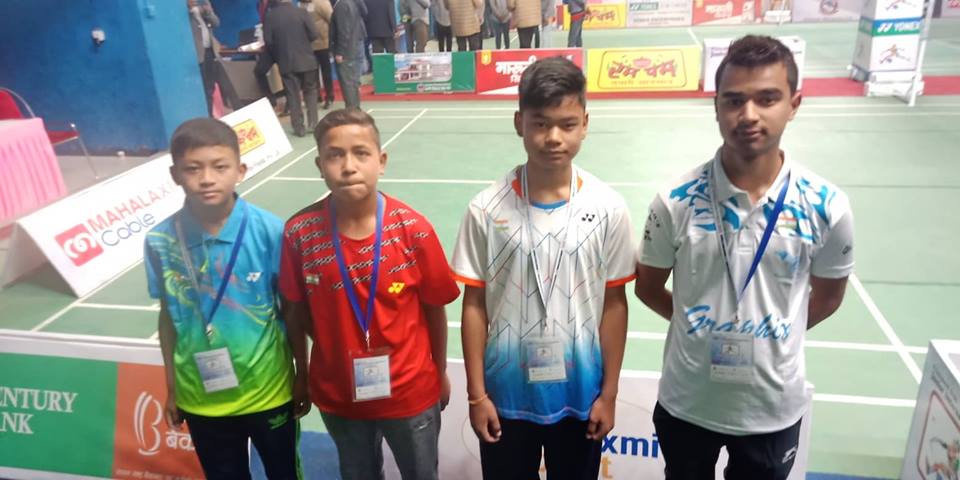 TheDC team sends a warm “Shout Out” to the amazingly talented Manish Chettri, who is running the badminton training camp at VVA school.

Some of you may recall, we had promoted his initiative, as he sought to promote jewels among our youths, and promote them. He had even waived off fees for those who couldn’t afford it.

His hard work and dedication towards his vocation has been rewarded and how. Three of his students have now been selected to represent India at the President Cup Junior International Badminton Tournament being held at Biratnagar, in Nepal from 8th to 12th January President Cup to be held in Nepal

The three students are

Corresponding with TheDC, Mr. Manish said, “It was my dream to represent India as a player, but I never got an opportunity to showcase my talents, but my dream was to send one of our own youths from the hills in that place, proudly representing our nation. That’s why I had organized this coaching camp with support of Vidya Vikash Academy. Thanks to the hard work shown by our youths, and also Nepal Olympic Council who gave us an opportunity to participate on behalf of India.”

We wish Coach Manish Chettri, and his students Mingma, Anoj and Saurav all the best for this tournament. We are confident you guys will outshine all other players.

We hope that other youngsters will take inspiration from these boys, and seek to excel in whatever field they chose to pick. 2019 is already turning out to be a year where Gorkhas shine. Earlier Indian National Football Team Captain Sunil Chettri and mid-fielder Aniruddh Thapa propelled India to their first ever victory in 55 years at the Asia Cup. Yeserday Kalimpong Karetakas won a flurry of medals, and we have these three boys representing India at an international tournament.

These boys have shown that, given an opportunity, our lads can compete at the highest level, and we look forward to reporting their success in the tournament and beyond.

Take a bow coach Manish Chettri and his boys!! You guys have earned it!!

[Inputs and pics via: Bishal Subba]