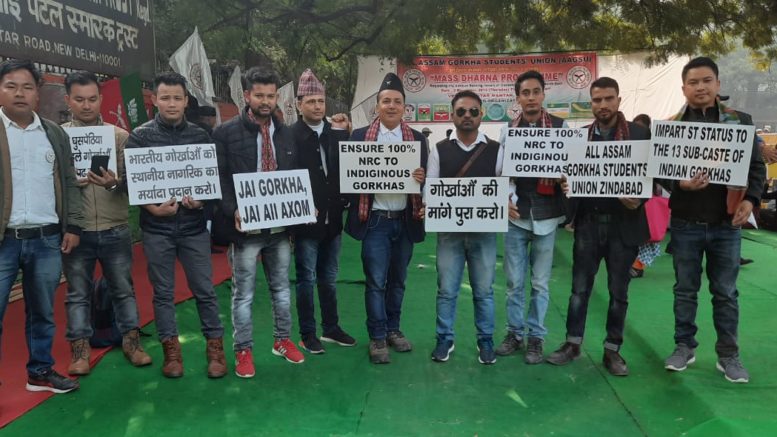 I don’t think the government has any right to ask me or for that matter anyone of us, for our citizenship, the fact that we are here is sufficient enough to prove that we are Indians.

After spending more than 16,000 Crore(official figure), with over 50,000 employees working day and night, over 6 years resulted in a junk list of only a few lakhs illegal immigrants out of 3 crore inhabitants in Assam. How wise it is to implant NRC pan India with a population of more than 130 crores spanning over 28 states and 9 UTs?

It has been roughly estimated that over 800 crores were spent by the people of Assam alone, running from pillar to post, filing appeals in the Foreigners Tribunals just to prove what was rightfully theirs in the first place. How many of us are ready to do that now??

Who is accountable for this wanton waste of public money which could have otherwise been used prudently?

Should the illegal immigrants be identified and thrown out from the country? Well, that’s the question our Governments is asking through NRC.

Looks like a fairly simple question and without any iota of doubt everyone will agree and say ” YES”. No one wants illegal immigrants in their country as that would primarily drain our resources to our disadvantage.

But the real question is ” Who are these illegal immigrants”?

Let me answer that question for you. We all know that

The Government of the day functions through Documents, therefore, any person without documents is an Illegal Immigrant according to NRC. Is it that simple?

My question to the government ” Should these people, simply because they don’t have these 40 to 50 years old documents, be declared infiltrators and thrown out of the country??? Definitely NO.

Now u know what they are trying to do through NRC. When they say illegal immigrants this is what they mean, a person without some Documents.

My next question, “Who are these persons without documents?”

How wise it is to identify illegal immigrants solely based on documents, some of which are more than 30 to 40 years old, in a country where the masses are illiterate homeless and systematically oppressed? Especially the landless labourers living in rural areas, having no land of their own. How are these people supposed to produce these documents when they don’t even have a roof above their head?

Not to forget the womenfolk, who most of the time switch over to their husbands home, with a new address and a new surname that don match with her previous records.

NRC is therefore definitely Anti poor, Anti landless, Anti Homeless and with the coming of the Citizenship Amendment Bill ( CAB), it has become Anti Muslim too.

Take a simple example of a Non-Muslim Immigrant. First, that Non-Muslim Immigrant has to prove that he is a citizen through documents, failing which he will be converted first into a Refugee, now if he is not able to prove that he has come from either of the 3 neighbourhood countries
i.e. Pakistan, Bangladesh or Afganistan ( these 3 countries have been given immunity in the Citizen Amendment Bill) then he will be converted into an Infiltrator( illegal immigrant ). In this way, a simple Non-Muslim Immigrant gets converted first into a Refugee and than into an Infiltrator simply because of lack of documents. How weird is that?

The Muslims Immigrants by default are infiltrators according to CAB and will be sent to the detention camp.

NRC is not just a 5-year exercise as had happened in Assam i.e.a Damp Squib. Remember we are dealing with real people here and not objects. The Government might as well be able to start it but they will not be able to end it, the list will go on for years and at some point when they realize their mistake like they did when they implemented Demonetization and GST, it will be too late. Through NRC it seems that government has bitten off something more than it can chew.

Be the first to comment on "NRC – A Damp Squib"