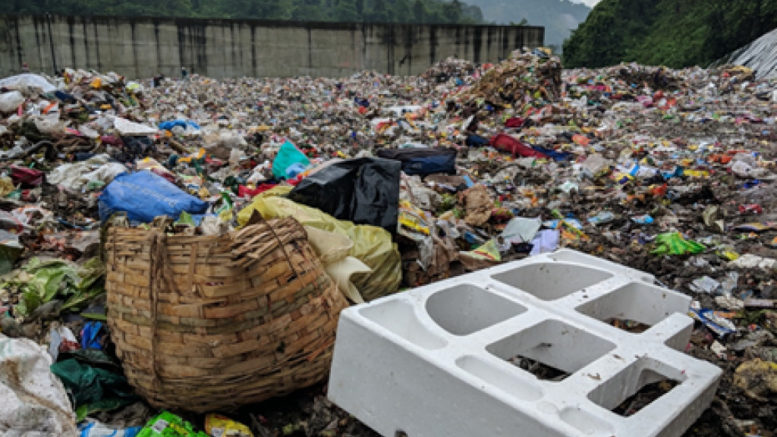 
During the launch of Talking Trash India, a discussion was organized on the 24th of September 2020 at Thiruvananthapuram/Gangtok with the theme, ‘Talking Trash: The corporate playbook of false solutions to the plastic crisis‘

The speakers at the event unanimously called for the plastic industry to take responsibility for their packaging waste, instead of blaming consumers. It was agreed that the Indian government must enforce stringent Extended Producer responsibility (EPR) rules to ensure that plastic producers and brand owners take back their plastic waste instead of shifting the blame to the consumers and costs to the local authorities.

A new report from The Changing Markets Foundation that reveals how, behind a veil of nice-sounding initiatives and commitments to address the plastics crisis – the plastics industry, consumer brands, and retailers have obstructed and undermined proven legislative solutions to the crisis for decades.

The report reveals how plastic producers and brand owners like Coca-Cola, Colgate-Palmolive, Danone, Mars Incorporated, Mondelēz International, Nestlé, PepsiCo, Perfetti Van Melle, Procter & Gamble, and Unilever who have a joint plastic footprint of almost 10 million tonnes per year, lobby at every level to fight against proven solutions to solve the plastics crisis, which would require them to fully step up their responsibility and take on the true costs of plastic pollution. Instead, they use distraction tactics, which are designed to make people think real change is happening or that responsibility for the problem lies elsewhere.

Nusa Urbancic, Campaigns Director at the Changing Markets Foundation, said: “This report exposes the two-faced hypocrisy of plastic polluters, which claim to be committed to solutions, but at the same time use a host of dirty tricks to ensure that they can continue pumping out cheap, disposable plastic, polluting the planet at a devastating rate. Real solutions, such as mandatory collection of packaging, policies to increase reuse and phase out certain problematic plastic types or products, rarely feature in the voluntary approach and are fiercely fought against if proposed by policy-makers.”

Plastic is pouring out into the natural world at a rate of 8 million tonnes a year, or one garbage truck per minute, and production has skyrocketed, with half of all plastics ever made having been produced since 2005. Production is expected to double again in the next 10 –15 years.

Mr. P. D. Rai, former Member of Parliament from Sikkim said :
“In the Himalayas, the plastic crisis is all-pervading despite the best efforts of the state governments and local Panchayats to ban all plastics. Extended Producer Responsibility, by which companies take back their packaging is the ultimate solution but there must be disincentives and penalties to successfully enforce such laws.”

Ms. Priyadarshinee Shrestha, Zero Waste Himalaya and Secretary of Integrated Mountain Initiative said, “The existing and proposed waste management rules are one size fits all, they do not recognise the fragility of mountains or the ecosystem services they provide. We urgently need to change the narrative from consumer behaviour to producer responsibility. Efforts taken by the corporations to reach their problematic products to remote corners should be matched by efforts to take them back or not make it at all.”

Shibu K N, India Coordinator of GAIA- Asia Pacific, said, “In India, the proposed Uniform Framework for Extended Producer Responsibility (under Plastic waste management rules, 2016) has been formulated with inputs from industry associations to protect their business interests and profits, there was no consultation whatsoever either from State governments or local governments. It is unfortunate to see there is no concrete measures to reduce the use of plastics or safe recovery of plastics.”

Talking Trash report has shown that voluntary initiatives and commitments by the industry rarely work and are in fact used across the world to undermine legislation.

For this reason, policymakers should adopt progressive legislation, built on the following key elements:

Be the first to comment on "Press Release: Talking Trash discussion on Plastic Waste and its Responsibility"