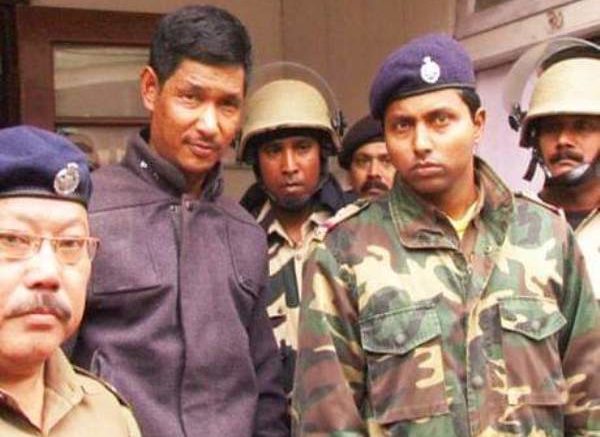 
Not many in Darjeeling had heard the name of Nicol Tamang, prior to his arrest in relation to the assasination of Late. Madan Tamang. Madan Tamang the leader of ABGL was killed on May 21, 2010 in broad day light in the center of the town.

This article traces the arrest and subsequent disappearance of Nicol Tamang – who was and remains the prime accused in the Madan Tamang assassination case. The facts of this case are so convoluted, only the dumb or the willing will accept there was no conspiracy behind the assisination and disappearance of Nicol Tamang. Chances of security agencies, or at least their officers involved in the investigations and cover up is apparent for all to see.

Since no one knew who Nicol Tamang was, his arrest on June 26, 2010 did not cause much hullabaloo.

The press didn’t do any follow up stories on the arrest of Nicol Tamang in June of 2010.

Nicol Tamang we later found out was a close aide of Bimal Gurung and a Central Committee member of GJM. If police are to be believed one of the phones he was using was found at the murder site, which established his being a part of the ‘conspiracy’ in Madan Tamang’s death

However, it is curious that police arrested him a month after the murder, yet Nicol walked free. How else can his ” alleged arrest” be explained?

Nicol Tamang “officially” got arrested again on August 16, 2010 by the Darjeeling police… very conveniently in his ancestral home in Kaijale

This time though, the press went into a tizzy,  details about his link to the Madan Tamang case, details of his link to Bimal Gurung and him being a part of the GJM Central Committee was abundantly highlighted by the media.

However, the fact that Nicol had been arrested a day before the key tripartite talks between the Center-State and GJM was not lost on political observers. That meeting was key as apparently, the fate of the inclusion or exclusion of Siliguri and Dooars had to be deliberated.

Nicol’s arrest, many at that time felt was a pressure tactics to get Morcha to give up their stake on Siliguri and Dooars

After his arrest, Nicol was then sent to CID custody, which was at that time conducting the investigations.

On August 22nd, 2010 – six days after his arrest, Nicol Tamang disappeared from police custody. I have deliberately written “disappeared” instead of “fled” or “escaped”… because the circumstances in which Nicol Tamang ‘disappeared’ is full of impossibilities which point to some kind of ‘reverse conspiracy’ to make him disappear.

If we are to believe the “official” version – then Nicol must have been the luckiest son of a gun on earth to have escaped from a highly fortified Pintail Village. Here is the official version in brief, ‘Nicol went to the toilet, the guard received a call and due to poor cell reception he moved away from the door, Nicol came out didn’t see anyone and escaped by scaling the walls.’

But, other than the authorities themselves no one believes that version. Why? Because it was raining heavily that day so that would make movement difficult for anyone, and no matter how much of an expert you are, you cannot escape two walls that are 6 feet and around 10 feet tall, that too in 8 minutes, in such heavy rain?

Moreover, the place where Nicol was kept was heavily fortified with armed guards and IRB jawans manning the perimeter 24 X 7. How could anyone escape from such a place?

What or who made the CID to be so laxed? Why has no action been initiated till date, against those CID officers who broke all rules?The CBI thinks that the conspiracy was hatched at the higher level… and if the Indian Express report is to be believed they repeatedly asked Ardhendu Sekhar Pahari the CID officer under whose watch Nicol Tamang escaped to name senior officers who are involved, apparently Ardhendu refused

CBI then sought permission to persecute Ardhendu but curiously enough, such permission is yet to be given.

Nicol’s wife and mother believe that the police/CID/CBI still has him in their custody and has not revealed his whereabouts to the family. In September 2010, Nicol’s wife Prema Tamang had filed a Habeas Corpus Petition in Kolkata High Court.

After CBI took over the case, when the High Court demanded CBI to produce Nicol Tamang in June 23, 2011 the CBI had informed the HC that Nicol had crossed over to Nepal.

However, there has been no update from the CBI on Nicol Tamang.

Opposition parties think that Nicol Tamang arrest and escape was all just a drama, staged to get GJM to back off from demanding Siliguri and Dooars.

His wife Prema and mother Bina think he is either held hostage by the authorities or that he has been killed and his body has been burned.

As Madan Tamang murder gains prominence again, we are left wondering, if Nicol was the perpetrator or merely a pawn in the game? Will he ever be found? will he ever be brought  back to justice?

I remember clearly, a week after the murder of Madan Tamang, I was talking to someone who I consider to be my “Guru”… we were discussing the implications of the murder on the present and future of Darjeeling ko political scenario.. he had asked me… ‘Tell me who benefited the most due to Madan Tamang’s murder?’ I said, ‘CPI(M),’ [which was in power then]…. he had told me… “no CPI(M) didn’t benefit… Bengal benefited and the Gorkhas lost….“

STD or Subscriber Trunk Dialling and the Forgotten Love Romances