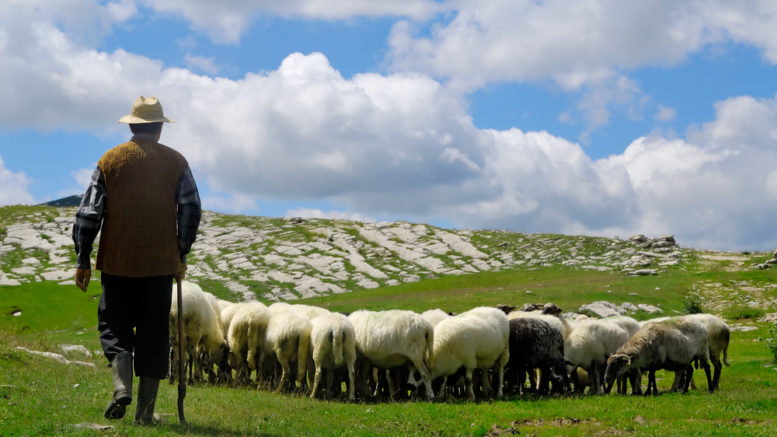 
“Confuse the crowd, ruin their hopes. Displace their leader replacing one from among. You would not require to put much hard effort. The confused, frustrated and mentally devastated crowd isn’t hard to handle. Their minds are already in confusion, just a little bit of effort may make them your slaves. The leader needs to be cleaver to lead this kind of crowd, bravery is something the crowd will show themselves.” Said the fox.

Once upon a time, there was a land known for its beauty and diversity. The citizens were very simple and down to earth. It was more like the heaven, almost all of them were happy. Regardless of their financial stature. The citizens were generous, loyal and caring. They were known for their hospitality, courage and sincerity.

The land was neither a part of the kingdom, neither itself held any king. The time moved on, the traders and all used to pass by the valleys. The aboriginals were happy with what all they had, they all were satisfied.

The time changed and the land was merged into the kingdom; whose dialect, cultures and traditions were different to the tribes of the beautiful land.

It was not until the aboriginals felt heartbroken and cheated. When their resources were exploited making the locals slaves, just to fill the vault of the kingdom and impress the ruler. In an exchange of just a little, the ruler took all of what locals had, tagging the locals as an intruders. In fact opposite was intruder and exploiter.

We all know when the pot fills in full, the water overflows. The time had come, the revolution sowed seed to fight for the right of the locals. Only the courage was not enough at all, as the leaders of an aboriginals didn’t have ministers to give wise advices, to guide to the direction revolt was moving on.

On finding the loophole, the ruling cleaver fox made a move. The fox raised a shepherd within the group of sheep’s, at the time they were distract and confused. The shepherd said, “I am the one to fight for our right, I am the one to keep us unite.”

The angry and frustrated sheep’s found their leader. With their heart and soul they were about to fight the battle which they had already lost. Some like in past, they wondered. On finding so much of bloodshed the families of sheep’s, they were in despair, wherein it was a drama to fox.

A leader raised from within was impossible to believe. The faith in themselves was nowhere to be found, indeed. The troops of the sheep’s were the one to fight the great battles in the past. They had their leader from within to lead. The leader within the sheep rose high, but was slaughtered as a godly sacrifice.

However, the fox was worried about the attack to the kingdom from the outsiders. Wherein, the sheep’s were worried of their fate. Few of them was worried only about themselves, doesn’t wanted to be slaughter, until he/she survive they were fine. The selfishness had filled their hearts and minds. They were fine to survive rather than to live.

It was the matter of time, how strong would be the attack on the kingdom. It was not in the hand of attacker to win the war. It was the citizen of the kingdom, their choice mattered the most.

It could be a time to get the rights they deserved. It was confusing, so many promises made to aboriginals were unfulfilled. Would the new ruler be same like the old one or shall they just chose the old one to live their life making excuses?

The citizen were not stupid and innocent like before. They knew, at the end of the tunnel; if there is a light, they should follow. Anyhow they were already in dark and sorrow. What was wrong to enjoy a little bit of brightness, even just for a while. Maybe the revolution would be just making a little bit of different choice this time, which could bring better days, who knows?

The ball was at the court of the citizens, it was either to throw away saying, “I don’t know the game or I don’t like it all.”

It was a chance once after a many year had come, all of them had each ball to throw. They should spin the ball, maybe the few wickets could fall.

Rest could be history, the future generations could have folklore to hear from their grandparents in coming days as bed time stories. The big changes happen with small actions taken. The small steps could let us scale Mount Everest. It was them to choose fox or a new master like “the Minions”. Maybe there would be a great one from within, hope should never die.

Be the first to comment on "The Revolution and The Leader, Who?"