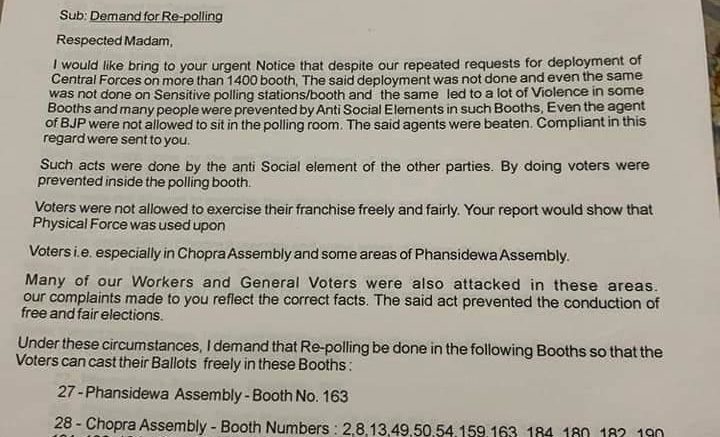 
BJP Darjeeling Lok Sabha candidate from Darjeeling, Raju Bista has written to the Returning Officer and District Magistrate demanding repolling in one booth (163) in Phansidewa and around 39 booths in Chopra Assembly.

In his letter to the polling officers, Raju Bista states that adequate central forces were not deployed in the assembly despite repeated requests. He adds the security was lacking even in sensitive polling stations and voters were BJP agents were not allowed to enter the polling booths. It may be recalled that wide violence was reported in Chopra across major media channels during the polls yesterday.

Highlighting that voters were not allowed to exercise their franchise freely and fairly, Raju Bista writes that many BJP workers and voters were attacked in these areas.

Elections, The Faces In Our Midst

Prativa Pradhan, 104-Years-Old Lady who has Voted in every Election