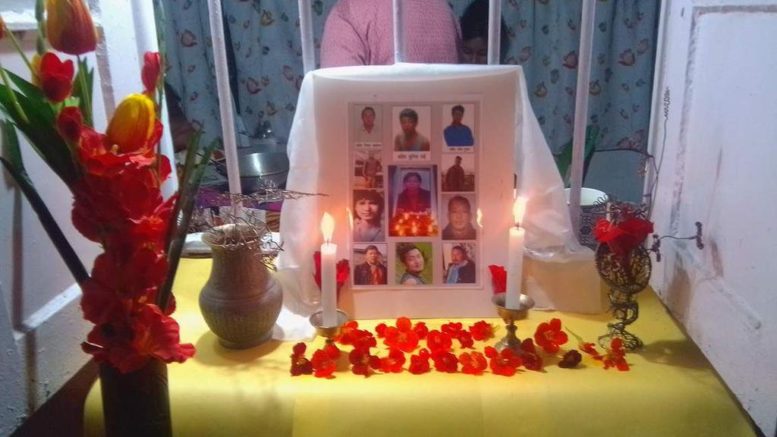 
The BJP party has extended an invitation to the families of 11 martyrs who died during the 2017 Gorkhaland agitation for the PM’s swearing-in ceremony in Delhi. Many top foreign dignitaries and leaders from across the nation are attending the ceremony to be held at the Rashtrapati Bhavan, New Delhi. It may be recalled that the BJP has also invited families of 50 BJP party workers who were killed in different incidents of violence across Bengal.

Roshan Giri, the General Secretary of GJM, an NDA alliance partner in a press release states that “We are happy to share the news that the 11 families from our hills whose family members had been killed by the West Bengal police during the 2017 anti-Language Imperialism and Gorkhaland agitation, will be attending the inauguration of the new government in Delhi today. We had kept this news under wraps, as you all are aware, democracy is dead in Darjeeling, and we had feared that the family members of these 11 saheeds wouldn’t be permitted to leave Darjeeling by TMC and their police if they came to know.”

He further adds “we are hopeful, that once the new government is formed, they will constitute an independent inquiry committee, headed by a serving Supreme Court judge to investigate these extra-judicial killings that West Bengal police indulged in, and everyone involved in their heinous murder is brought to justice.”

“For the people of Darjeeling, the invitation is an acknowledgment of the sacrifices made by the Gorkhas and reflect the deep sense of responsibility shown by PM Modi, the newly elected MP Raju Bista, and BJP which recently won both the MP and MLA by-elections in alliance with GJM and GNLF” the press release states.

Due to the paucity of time, only 5 families were able to take the journey to Delhi and will represent all the 11 martyrs who sacrificed their lives for their democratic rights. While we thank the BJP and PM Modi for this gesture, we must also remember the sacrifices made by the following martyrs to uphold democratic freedom and rights of the people, even at the cost of their lives.