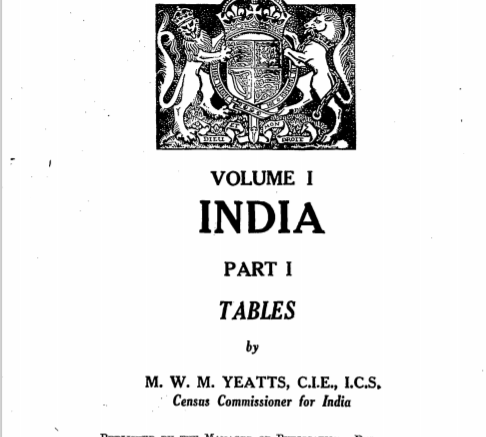 
Did you know that until the census of 1941, people from the Gorkha community were collectively recognized as the “Hill Tribes”? Mysteriously, the ST list of 1951 leaves out many of them. A simple look at the census report will prove how the community suddenly lost the ST status. The census report is a publicly accessible document and those using smartphones and interested in the subject should definitely make the effort to download and compare the two reports.

Of course, many of those who are today fighting for the tribal status also don’t seem to be aware of this. They randomly say we want the “Hill Tribes” status back, but do not know when and how did we exactly lose the status. What most don’t seem to realize is that the Gorkhas’ demand for ST status is not exactly ‘inclusion’ but a ‘reinstatement’ of the lost tribal status.

The question to the government should be ‘why and how’ did the Gorkhas lost the status, rather than self-reassuring and cheering at public events saying “We are Gorkhas and We Are Indians.” I somehow don’t understand the sheer desperation to prove our ‘Indian-ness’ and looking for approval from fellow compatriots.

If the ST status wasn’t sneakily snatched away in the, the Gorkhas wouldn’t have to keep reminding the nation that “we aren’t immigrants and we came with the land” and wouldn’t have been called ‘foreigners’ in their own country.

Today, the ST issue has also become an easy fodder for the politicians, who time and again claim “The government that you elected has started the process of your inclusion” or “The 11 left out Gorkha communities will be included under the Tribal list of India as soon as the Government comes to power,” and this line keeps repeating every 5 years when elections are around the corner.

But why do Gorkhas need ST:  A Common Perception

To be honest, I raised my eyebrows when I first heard about the demand for ST status for Gorkhas. Don’t get me wrong. As someone born and brought up in the Northeast, I very well understand the benefits of being an ST student – the 5% relaxation, scholarship money, job reservations, and even the legal immunity in many situations.

As a general student, when you see your ST friends availing these benefits and facilities, it is natural to complain and whine about the discrimination. However, it also made me realize very early not to keep any expectations from the government, administration, or the system. There was no other option but to pursue meritocracy in life and career. Looking back, it is indeed satisfying that I did not have to seek relaxation or reservation for anything in my life.

One day, some of us friends were discussing the issue of Gorkha ST and why it is necessary to demand ST status even after 75 years of our nation’s Independence.

ST reservations and benefits were a temporary thing to help ‘under-developed’ communities rise up in their socio-economic condition and bring them at part with the rest of the nation. Going by that logic, the tribal list should be reducing as we progress socially and economically, and not increasing.

Those speaking in favor of the ST demand, said promptly and in unison “don’t you know about the reservation in jobs, education, promotions, scholarships, and even the financial supports STs provided by the government.” Not something I wasn’t aware of.

Others talks about the lack of development among the Gorkhas, and some believed reservation will allow Gorkhas to have a bigger voice in policy-making as it would help produce more IAS officers and bureaucrats.

A friend who has just passed out from a top university also shockingly accused me of being ‘upper caste’ and inconsiderate, and bluntly said that ST inclusion was to stop the hegemony of the upper caste. I wanted to slap him, but again he would have perhaps accused me of curtailing his freedom of speech.

Another friend, while trying to console me said that even I will also benefit from the ST inclusion, because my caste also ethnically belongs to one of the proposed communities for inclusion.

I understood the concerns that at our community lagged behind in terms of socio-economic progress and development, but I was not convinced that the demand for ST and the benefits of ‘reservations and relaxations’ will deliver us from this situation. But, I felt it wise to keep quite rather than putting my ‘pointy upper-caste nose’ into it

Is the ST demand all About Jobs and Reservations?

Can the demand for ST status be boiled down to our ‘communal’ aspirations and desire for economic progress? Does it only mean benefits and reservations?

If that is the case, why would the Government add more tribal communities to the ST list after 75 years to independence? Doesn’t it expose the government’s failure to bring development and integration of people? And why would other ST communities support inclusion of more tribes in the list and let them eat away their benefits and reservations? Shouldn’t they protest?

There seems to be a lack of understanding the significance of the ST status among general public.

Being a ST community most importantly means that you are Indigenous to the land and that the land is yours. The maato—ragat (land and blood) connection is what the ST status will establish. When the land is yours, your life, culture, and traditions are tied to it, and nobody can question your rights for any political propaganda.

The ST status, to me personally will bring an end to the ‘identity’ issue the Gorkhas face in terms of being labelled as ‘foreigners’ or ‘citizens of Nepal’ – a ethno-political propaganda that led to disastrous consequences in the 1980s across the Northeast, Darjeeling hills, Terai, and Dooars. Many were killed and thousands of families uprooted in this politics of outsider/insider.

The ST status, to a great extent, will bring closure to the search for the Indian Gorkha Identity. A sense of relief that our ancestral lands and heritage will be protected. And more importantly, not to be called ‘foreigners’ and be at the receiving end of all political propaganda. And no more need to remind the country that even we are Indians.

This article was first published on East Mojo.