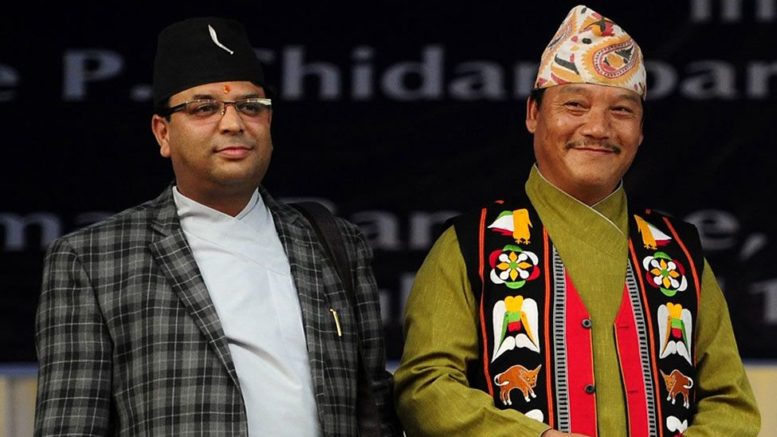 
In a move some are labeling as a ‘masterstroke,’ while others are calling a ‘desperate attempt’ the Bimal Gurung camp of Gorkha Janmukti Morcha has written to West Bengal Chief Minister Mamata Banerjee pledging “Whole hearted support to talks resolving long pending demands of our people.”

The issue came to light after GJM General Secretary Roshan Giri yesterday issued a press release, which acknowledges the statement made by WB CM Mamata Banerjee on Netaji’s birthday in Darjeeling. The press release further states, they have extended full support to any talks regarding resolving of the long pending demands of the hill people.

Here is the full press release

“The demand for formation of a separate administrative unit comprising of Darjeeling, Terai and Dooars originally raised by the Hillmen’s Association in 1907 is one of the oldest in India. Since then, this demand has been raised in many forms and forums. The popular agitations of 1986-88, 2007-11, 2013, and 2017-19 for a separate state are testament to the fact that temporary stop-gap measures in the form of semi-autonomous bodies like Darjeeling Gorkha Hill Council and Gorkhaland Territorial Administration will never fulfill the aspirations of our people.

In this regard, I have welcomed the statement made by West Bengal Chief Minister Ms. Mamata Banerjee on the 23rd of January 2019 in Darjeeling, and thanked her for highlighting the need to safeguard the Gorkha Identity, and her willingness to work towards finding a permanent solution to the long pending demand of our people.

This realization and acknowledgement by Chief Minister Ms. Mamata Banerjee, that the current status of our community and the current administrative setup in the form of GTA has not been able to fulfill the aspirations of the people from our region, is welcome.

I have therefore, sent her a letter extending our whole hearted support to any such initiative aimed at resolving the long pending demands of our people, and I have assured the Chief Minister of our willingness to join any talks and discussions regarding the same

On Jan 23, Banerjee had said “I want to assure the Gorkha brothers and sisters that to safeguard your identity, to strengthen the hills, for the well-being of the hills, we will do whatever needs to be done for the development of Darjeeling. She had further added, “…We want a permanent solution so that development of the Hills is not hampered.”

Reacting to the development, GJM [BT] spokesperson Suraj Sharma said, ‘by writing to the CM, they are further showing that they have lost hopes on the (BJP-led) Centre.”

However, the BJP has brushed aside all speculations with a senior leader based in Delhi claiming the letter as a “Masterstroke from Bimal Gurung that was meant to unnerve the Binoy Tamang Camp.”

The Statesman has quoted the senior BJP leader as saying, “There is a deep and significant meaning in every sentence of the press release. What does Gorkha identity mean? It means a separate state that is Gorkhaland. If CM Mamata Banerjee has finally realized the long pending demand of the Gorkha people and their identity, Roshan Giri and Bimal Gurung can welcome and thank Mamata Banerjee and begin dialogue to resolve that Gorkha identity issue.”

Bicky, Dazzling Darjeeling, Our Daughters, Our Pride, Shout Out !!!

STUTI AGARWAL : Sharing a Slice of Darjeeling With the Rest of the World