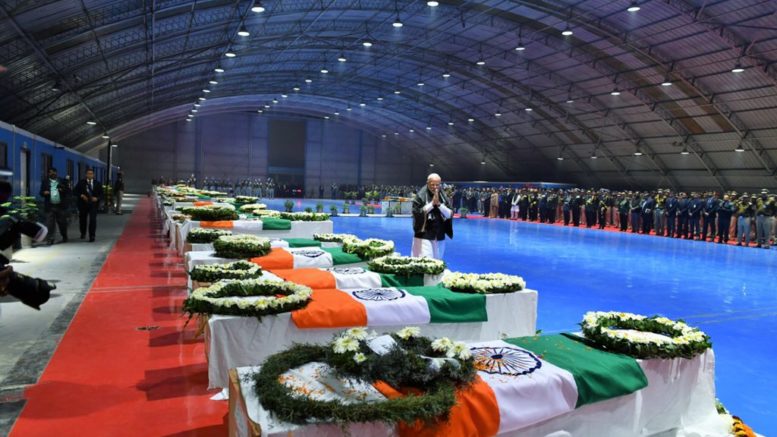 
Hello everybody. One would have thought that we had heard the last of Ponty Chadha, the politically connected, multifarious businessman and liquor tycoon, who was shot dead by his brother in the capital in 2012. Ponty once had plans of sugar cane farming on about 100,000 acres of land in Ethiopia and setting up a mini Punjab there with 4,500 Punjabis! Last Monday on 18 Feb, Ponty’s nephew driving a super fast, 4 crores plus SUV Bentley Bentayga in the capital, hit an auto rickshaw causing death to the passenger, a lady from Turkmenistan and injuring others. Can you imagine zipping a super fast car through Delhi roads? Well, Asees Singh Chadha did that and has been arrested and charged with culpable homicide.

We have heard of the Pakistani Prime Minister’s austerity drive to gather financial aid from foreign countries. But did it mean that Imran Khan would personally drive the Saudi Crown Prince Mohammed Bin Salman from the airport? It did help, as the Crown Prince lavished $ 20 billion investments into Pakistan and freed 1701 Pakistani prisoners from Saudi jails. But, one did not fail to notice that during his speech, the Prince looked pointedly at Imran saying “…we are waiting for that kind of leadership to partner with and build a lot of things together”. Hope Imran got the hint that he is expected to pull up his socks. Pakistan presented a gold-plated sub-machine gun to the Prince. Elevating a killing machine to gold status reflects a pugnacious mindset. But that is Pakistan for you.

As diplomatic courtesy, MBS flew to Riyadh from Pakistan, did a turnaround and flew back to India, to make his entry as having arrived straight from Saudi Arabia. Prime Minister Modi and MBS enveloped each other in a bear hug, which was much criticised by the opposition. Why did he hug blah blah blah.

Talking about the opposition. The first day after the unfortunate Pulwana attack they expressed solidarity as a nation. But from the very next day, they have been on attack-Modi mode. Didi B, of course, blames Modi for everything. Congress cannot stop carping on Modi being at Jim Corbett National Park in Kumaon and having tea. Now that is a very silly try. Yes, Modi was shooting for Discovery channel about tiger conservation when he heard about the Pulwana attack. Rahul Gandhi these days receives a lot of pictures and disassembled news, which he immediately tweets. The fight should be against terrorism not each other.

With so many crashes within a month, the state of our Air force planes appears to be pathetic. Five days ago, on 19 Feb in Bengaluru, two Hawk trainer jets on a practice session collided mid-air causing the death of one pilot. A fortnight ago, a Mirage 2000 trainer aircraft on a sortie exercise had also crashed in Coimbatore killing both pilots. Last month, a Jaguar fighter had crashed in Kushinagar, UP. Fortunately, the pilot had managed to eject himself safely. Nirmala Sitharamanji, you have a lot of work to do on this front. Within this week four defence personnel lost their lives and several were injured in the encounter at Pinglan. But their sacrifice did not go in vain as all three dreaded JeM terrorists were killed.

Fifteen nations of the United Nations Security Council condemned the Pulwana attack and have proclaimed support to India against terrorism. They have also named the Pakistan-based terror group headed by Masoor Azhar. Amidst all this, Pakistan PM Imran Khan who finally opened his mouth days after the attack, asking for proof is so lame. With big daddy Donald Trump raring for a strong response from India to Pakistan, Imran must be having sleepless nights.

The Week That Was