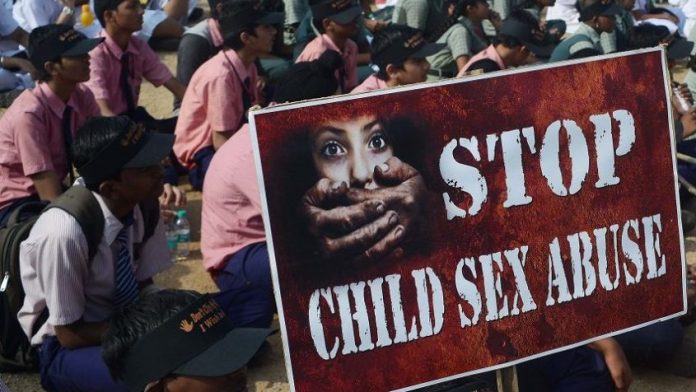 
A shocking story of a 14-years-old minor male child raped by a 24-years-old man in one of the villages in the hill region of Darjeeling District has recently come to light.

The culprit was arrested on the night of 21st June and sent into Judicial Custody, while the victim was also rescued and has been kept at a children’s home.

The matter came into light when a person contacted Mr. Nirnay John of MARG NGO to inform him about the situation. MARG was very prompt in its response and contacted the Childline at 1098 on the 15th of June to report the incident. The Childline one its part, communicated the regional team and got them to investigate the issue. The team from the Childline office visited the victim on 16th June and initiated the investigation.

It was reportedly found during the investigations that the child wasn’t just raped by the said individual once, but on two separate occasions – the first time in April this year and the second time recently this month. It has been reported that the victim’s father had died while he was still very young and his mother didn’t stay with him. As such, he was living with his uncle, who has been taking care of him as his guardian.

The issue had already been exposed in the victim’s neighbourhood/locality and his uncle had also gone ahead to confront the accused. However, the Samaaj intervened in between and also decided to handle the case. The accused was tried by the Samaaj and they decided that he would be ostracized from the society for the coming 3 years.

SEE ALSO:  Fascinated By The Era I Grew Up In
Powered by Inline Related Posts

Even after all the facts and details of the case were already in the open, no official complaint was filed with the Police, as the victim’s family were reluctant to get into a legal hassle, despite the attempts on the part of the Childline team who tried to persuade them persistently.

What is tragic is that even though Childline had the provision to file a suo motto complaint in regards to the same, but it wasn’t done immediately.

Noticing no visible progress in a case as sensitive as such, Mr. Nirnay finally resorted to Facebook to talk about the incident.

Corresponding with TheDC, Kurseong IC, Mr. Nabandu Sarkar, said that the Kurseong Police immediately got into action as soon as the case came to their notice. He further informed us about the arrest made and the rescue of the victim following the FIR filed. He maintained that the investigation was going on and that every aspect of the case was duly being noted and examined.

“It is our foremost duty all our children, and the “our” here means each and every one of us. People should report any such incident that comes to their notice without any fear or hesitance. The Police would do the best of what it could to make sure that our children and people are safe” he said.

SEE ALSO:  Clean Tiger Hill Darjeeling - Can we all do our part?
Powered by Inline Related Posts

Though the arrest was eventually made and the victim was rescued, there are a few things that we would like to raise here:

While we leave you all with these questions, we also extend our deepest appreciation towards Mr. Nirnay John Chettri and MARG NGO for such relentless perusal of the case. We would like to thank the Childline team who investigated the case and counselled the victim. We would also like to express our sincere gratitude towards Mr. Nabandu Sarkar, IC, Kurseong Police station for the prompt action taken.