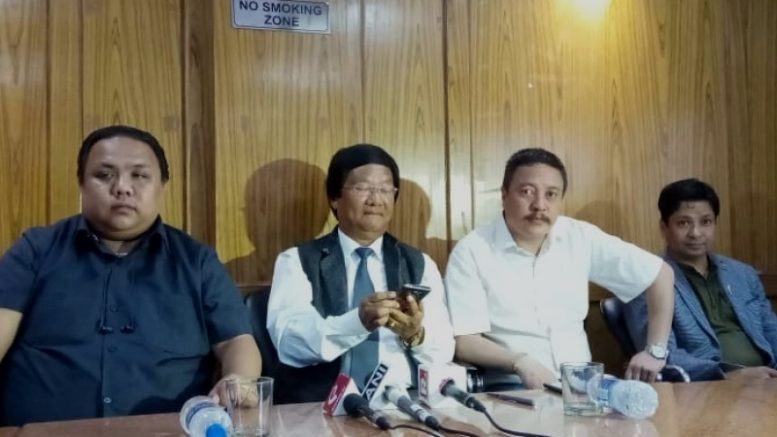 
The recent electoral alliance between GJMM and GNLF is nothing short of a miracle, bringing with it a long deserved relief and hope among the Gorkhas. Not only is it a milestone in Gorkha politics, it is also significantly different from electoral alliances across India. While elsewhere alliances are forged with the sole aim of winning elections, the GJM-GNLF alliance symbolizes an assertion of Gorkha independence and agency. An agency which has been all but nonexistent under the proxy rule of the Mamata led government.

Ever since the Mamata government came to power she has slowly but successfully managed to pull the Gorkha community apart by breaking it into jats and jatis under the guise of Development Boards. In the meantime the state government also reneged on its duties of honouring the Gorkhaland Territorial Administration (GTA). Even a cursory reading of the GTA show how little the Bengal Government was actually interested in making it a functional body.

With unfulfilled promises, the Bengal government must have already foreseen another uprising in the hills. To prevent this she forged alliances with local parties and several Development Boards and tried to create numerous centres of power. The conflict between the Bimal Gurung led GTA and the Mamata led Government reached its peak when the latter issued a diktat making Bengali language compulsory, and in a brazen move, holding a cabinet meeting in Darjeeling.

While to an innocent outsider the latter may seem like an insignificant event, it was a show of strength on the part of Mamata to undermine the leadership of Bimal Gurung. Why else would she hold a cabinet meeting in Darjeeling, after 45 years, not to forget the additional expenses that would have to be borne by the cash-strapped State exchequer to organise a meeting of that level.

Then followed the 2017 movement, the historical 105 day strike called by Benoy Tamang, now appointed the Chairman of the GTA of Board of Administrators, and the rest as they say is history. What followed was unprecedented violence and terror unleashed upon anyone who was seen as a Gorkhaland supporter.

It is in this backdrop, that the alliance between GJMM & GNLF gains significance. Two of the most important political parties in the hills, and political rivals, today they have come together to join the common fight for Gorkha pride, which in the present context is to be understood as an end to the proxy rule of the Bengal government and its attendant Reign of Terror.

“Bhumiputra” a term which has been bandied around like it is the panacea for all ills afflicting our community, and that somehow electing this Bhumiputra will magically restore our Gorkhaness and all we have lost. This term Bhumiputra (son-of-the-soil) has obviously been crafted to channel an anti-BJP sentiment what with S.S.Ahluwalia being a non-Bhumiputra and therefore not in tune with what’s happening in the bhumi. While BJP has a lot to answer for, I wonder how canoodling with Mamata who is branzenly anti-Gorkha/ anti-bhumi bordering on anti-humanity is justified?

How can someone like Amar Singh Rai even be considered a bhumiputra when he fails the very first test of loyalty to the community? Not only did he betray the leader under whom he was elected to the Legislative Assembly, he was one of the main architects of the failure of the 2017 movement.

Bhumiputra is a title that has to be earned, not something one gets simply by being born in Darjeeling. The 2019 elections under the present political duress in Darjeeling is not a debate where simply making a point is sufficient.

The very act of coming together of rivals like GJMM and GNLF is point enough that Gorkhas will call the shots in Gorkhaland.

What we need is a candidate who will win. It can be a local or it can be someone from the  BJP. Therefore the GJMM-GNLF should support a candidate who will win the elections rather than one who may not have a chance of winning the elections. This is not the time to make symbolic gestures. This is not the time to talk about female empowerment, hence women MPs or Gorkha MPs or intellectual MPs.

This is a right which has been snatched from us, we have been harassed and humiliated by a majority community which has used the entire state apparatus to decimate us. But We shall fight! and We shall Emerge Triumphant!

Where are we headed?

One of the most important question that comes to our mind apropos this alliance is its trajectory post 2019 elections. Going by popular reaction one can easily infer that people expect this alliance to not only win the 2019 MP elections but to salvage Gorkha pride and independence. Though it is naïve to believe that either Subash Ghishing or  Bimal Gurung were completely free of central and state control, it is true that never before  has the Bengal government treated the Gorkha leadership as carpets to wipe their dirty feet off of.

In a brazen move Mamata has handpicked Amar Rai a sitting MLA (who won elections under Bimal led GJM) as an MP candidate, who will now contest elections under the TMC symbol. It is clear that this move must have been unpalatable for the hill TMC cadres who have clearly been the face of Mamata in the hills and have also had to face the ire of the people. Mamata has used and discarded other Gorkhas and Gorkha leaders in the past as and when it suited her. This new alliance between GJMM-GNLF is also a testament to the fact that our leaders have realized how insignificant they can become when they are pitted against one another.

A late realization, but a necessary one.

Though if our leaders had only turned the pages of recent history and seen the inception of CPRM they would have realized that hill people only exist as a vote bank. One only has to imagine the level of oppression that must have been unleashed upon the Gorkhas that made ideologically regimented and indoctrinated Gorkha communist cadres to leave their parent organization which was ruling the then Bengal government.

As the saying goes, better late than never.  And as and when a political solution is arrived at, let us hope that it is comprehensive and one that brings Lepchas, Bhutias,Gorkhas, Biharis, Bengalis, Adivashis, Santhalis, Kamtapuris and all the tribes who have been living together here in peace and harmony.

With this dawn of freedom one hopes that the leadership of any party who is at the helm puts an end to politics of retribution and pettiness.

We are so few in number when compared with the rest of India that unless we look out for each other it may not be an exaggeration to say that one day we may cease to exist.

Will the “Good News” ever come?